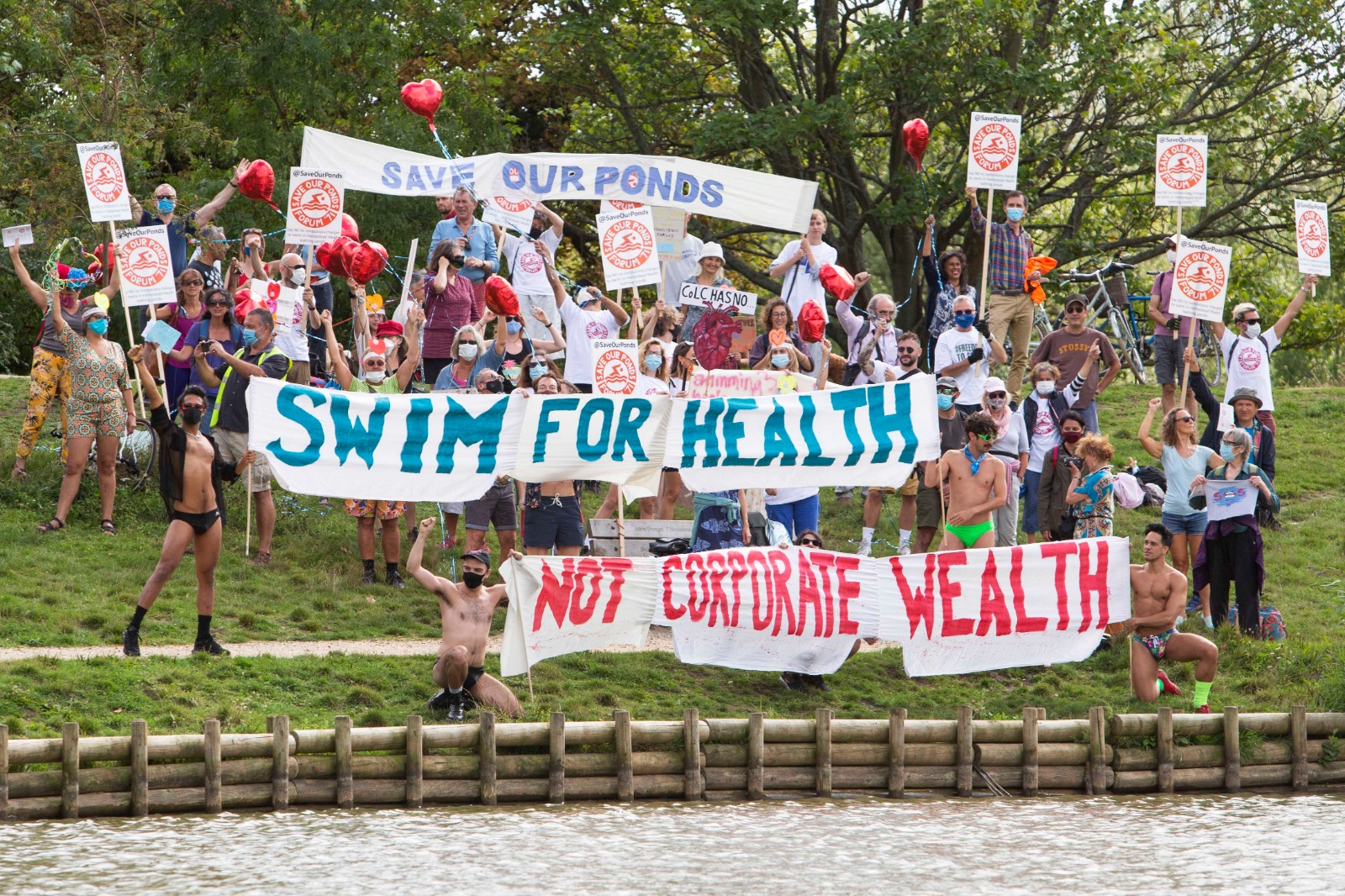 More protests on the Heath

SCRAPPING more than 200 years of free swimming at Hampstead Heath’s ponds is “cruel and unnecessary”, campaigners claimed this week.

The Forum 71 group – which protested at the ponds on Saturday – say Heath bosses the City of London’s huge wealth means it has the money to reverse its decision to impose charges.

The group says the change has wrecked the unique atmosphere of the ponds and has gone against the advice of the Heath’s consultative committee. Members have argued the move was political rather than financial. 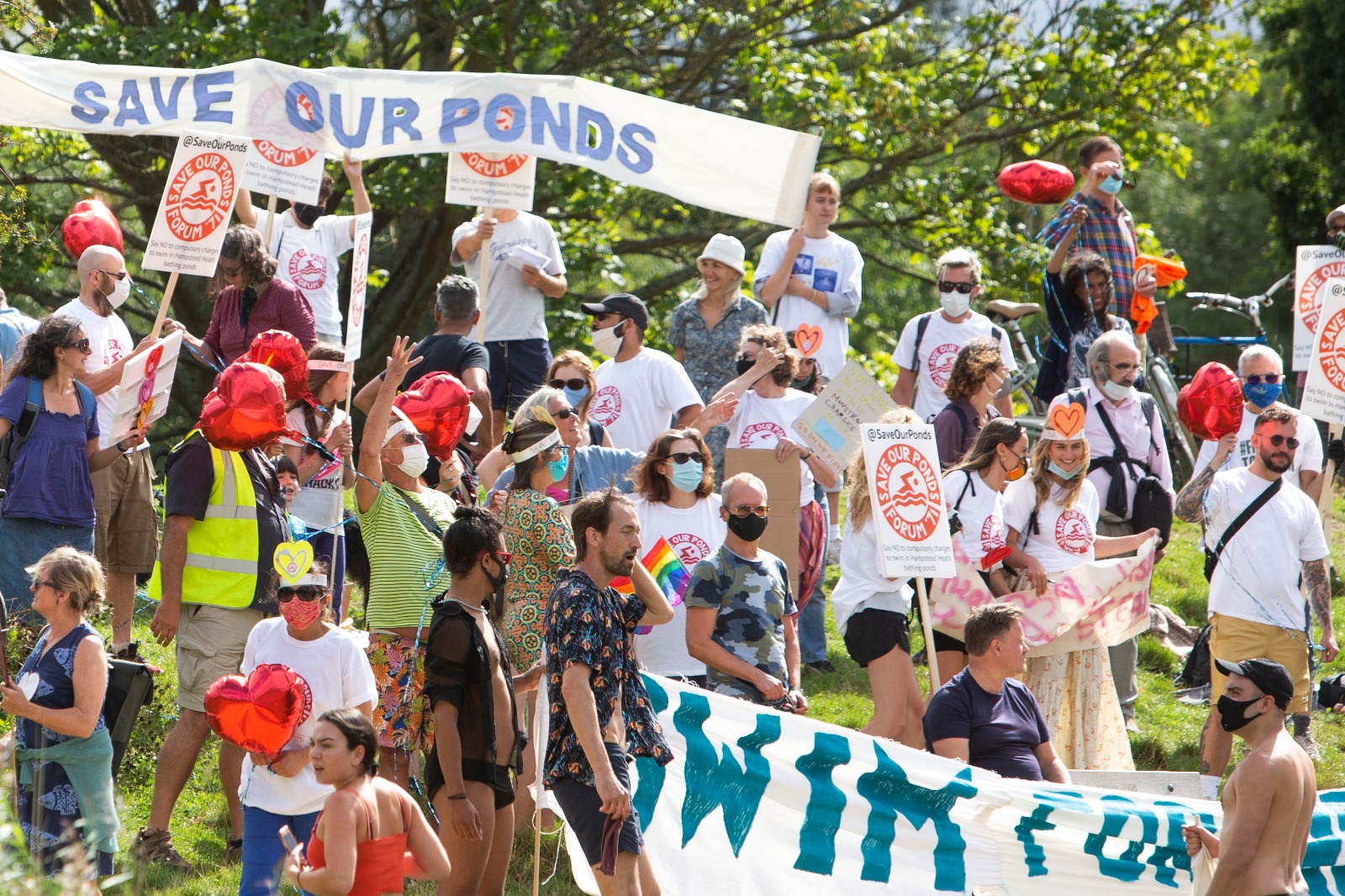 The City say an increase in swimming means they need to employ extra lifeguards – and must raise more revenue to pay for it. They already subsidise swimming each year, a spokesperson added.

Forum 71 member Tom Frederic said: “This radical, unilateral change by the City is cruel and unnecessary and the timing is callous. Like public rivers and beaches, the ponds have been freely accessible to Londoners for generations. There are huge health, community and emotional benefits – and with millions of Londoners now facing a crisis over their health, finances and future, spaces like this have never been more essential.

“Charges are unnecessary and harmful. They sit on assets of nearly £3billion. We call on the City to drop the cruel compulsory charge with immediate effect.” 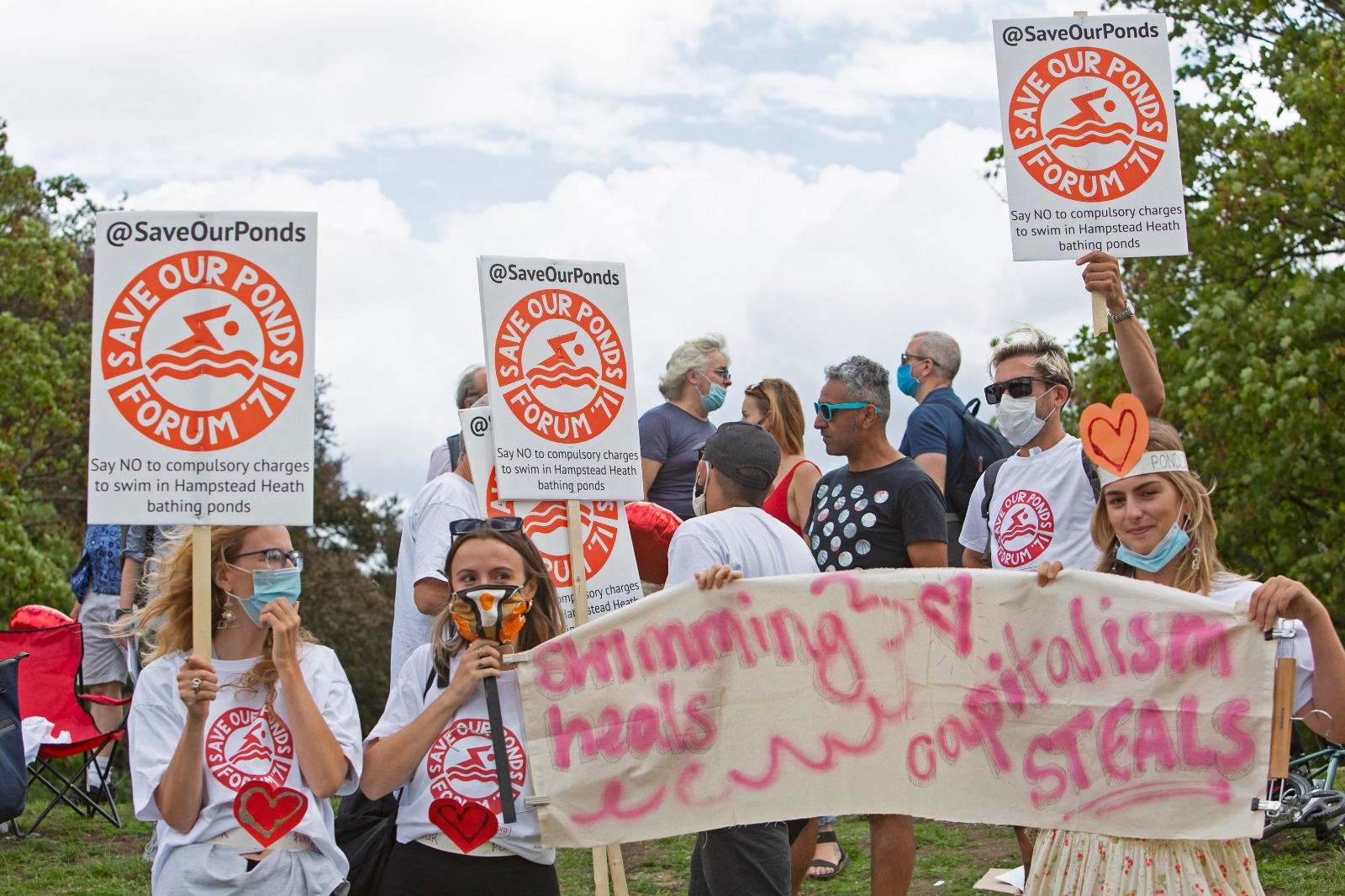 Heath management committee chairwoman Anne Fairweather said: “We are providing subsidised swimming with fair pricing. We are speaking with swimmers about a range of options for a support scheme for people who cannot afford to pay.”

Forum 71 were joined by LGBTQ activists during Saturday’s protest.