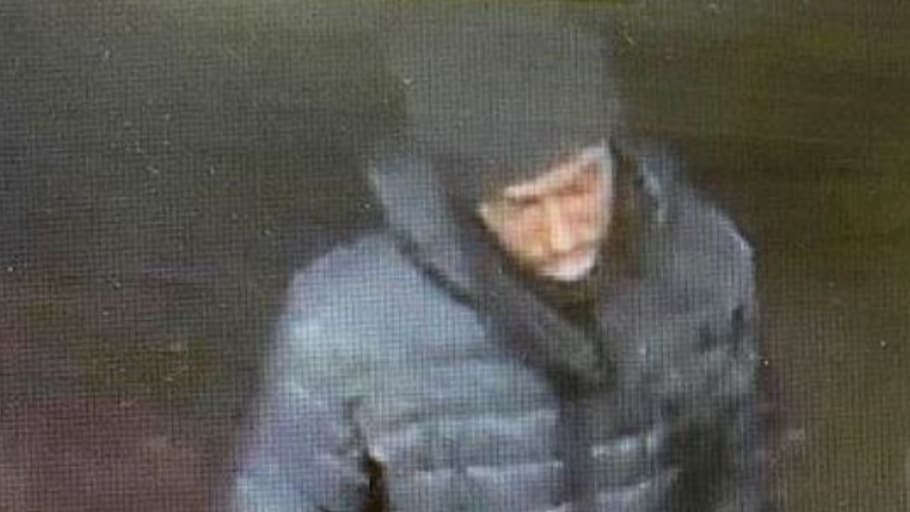 Detectives want to trace the man in this CCTV still

POLICE investigating an assault on a Jewish man and the vandalism of a Chanukah display in West Hampstead are still searching for the attacker – four weeks on.

Officers are treating the incident as a hate crime and have appealed for any witnesses to come forward.

They also released just before Christmas a CCTV image of a man they want to talk to.

The attack unfolded on December 2 at 7.35pm in Heritage Lane, close to the West Hampstead Overground station.

The victim – a man aged in his 20s – was approached by the suspect who made anti-semitic comments.

He also damaged a display that had been erected to celebrate the festival of Chanukah.

The suspect then assaulted the victim whilst intimating he was in possession of a knife before leaving the scene.

The victim was not seriously injured.

Although not connected, the incident came just days before a menorah erected in Primrose Hill for Chanukah in Regent’s Park Road was smashed down, while anti-Semitic messages spray-painted in Belsize Park were reported earlier last year.

In a joint statement following the police appeal in West Hampstead, cabinet councillors Councillor Abdul Hai and Councillor Nadia Shah – who are together responsible for community cohesion and safety, said: “Camden is no place for hate. We want to reassure all of our Jewish residents that anti-semitism will not be tolerated and we urge our residents to help the police in their investigations by providing any information they may have on this incident.”

Anyone who recognises the man in the CCTV still has been asked to call police via 101 or Crimestoppers anonymously on 0800 555 111.

The Met said it was aware there had been comments made about how fast police responded on December 2.

It said a first caller had said the suspect had left the area in an unknown direction – and this meant it did not get the highest priority response amid a high volume of incidents and calls.

“Officers are still allocated to attend non-priority calls to gather evidence and commence investigations but the target time for a response is slightly longer,” a statement said.

“A second call was received during which the caller confirmed the suspect had returned. The call was graded as a priority requiring an immediate response and officers were dispatched to the scene.

“The Met receives many thousands of calls every day and it is not possible for every incident to be responded to immediately.”