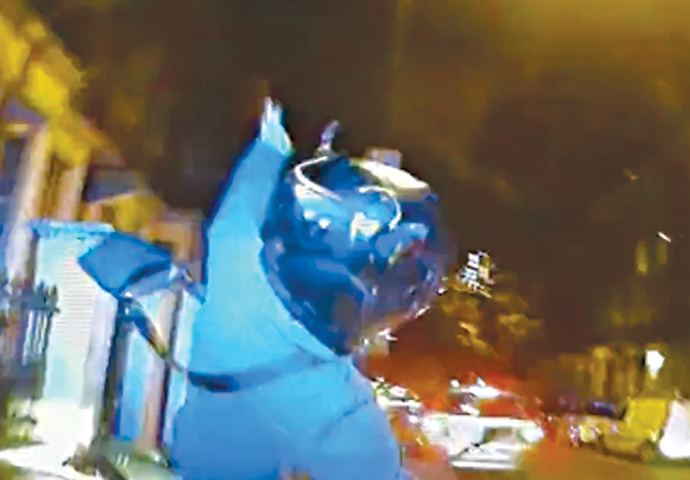 A SENIOR solicitor has warned “it’s only a matter of time before someone dies” after police released details of their controversial new tactic of ramming suspected moped crooks this week.

The Met released footage showing officers driving their cars into moped riders as part of their campaign to show that “criminals will be targeted at every opportunity”.

But Andre Clovis, from Tuckers Solicitors, who is representing the family of a Holloway teenager who died following a police pursuit, said the tactics were “open to being deployed disproportionately to the crime suspected”.

Pursuits have become a divisive topic in the borough after the deaths of two Islington teenagers involved in police chases in recent years.

In October last year a panel at a misconduct hearing cleared four police officers who were in two cars chasing Angel teenager Henry Hicks. His family contested the decision. The 18-year-old died after his moped collided with a stationary taxi in Wheelwright Street, off Caledonian Road, almost four years ago.

Lewis Johnson, 18, from Holloway, died just over a year later in Clapton Common after he crashed into a van following a two-mile pursuit by two police cars. The exact circumstances of his death are still not known following numerous delays to an inquest.

Mr Clovis, who is representing Lewis’s family, said of the Met’s aggressive new approach towards moped riders: “In my view, this tactic is dangerous and is seeking to legitimise what are in essence criminal acts by the police.” 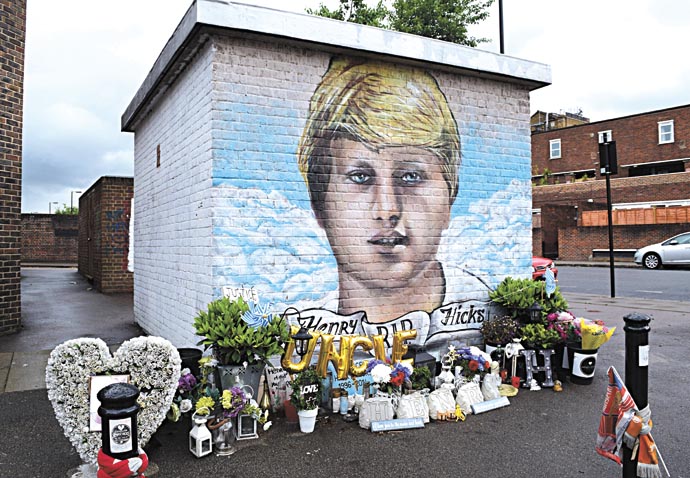 He added: “It is only a matter of time before either the rider or an innocent bystander is killed. This can happen directly or because a third party has taken evasive action.”

Amanda Pearson, the Met’s commander of frontline policing, said that pursuit drivers were “highly trained” and “weigh up the risks and decide upon the most appropriate tactics in those circumstances”.

She added: “Offenders on mopeds and motorcycles who attempt to evade the police are making a choice that puts themselves and others at risk. So our message is clear: we can, we will and we do target those involved in moped and motorcycle crime at every opportunity.”

Moped drivers who take off their helmets are also not safe from being pursued by police, she said.

The Met said that the falling numbers in moped-enabled crime – with 7,036 fewer offences between January to October this year compared to the same period for the previous year – proves their tactics are working.

But Labour’s shadow home secretary, Diane Abbott, warned on Tuesday that “knocking people off bikes is potentially very dangerous – it shouldn’t be legal for anyone. Police are not above the law.”

Unusually for a public service, Camden Police directly questioned Ms Abbott by tweeting her through their social media account. Camden and Islington police merged last year as part of a cost-cutting move.

The local police force said: “Someone who’s responsible for law-making (or at least debating and ratifying new legislation) should probably realise that using tactical contact to terminate dangerous pursuits is entirely within our lawful power…and responsibility.”

When it was suggested by another Twitter user that Camden Police were being “unsettlingly arrogant”, the police responded: “If it’s arrogant and combative to defend our integrity and organisational reputation, then we’re guilty as charged.”

The Met were backed by the home secretary Sajid Javid who responded to Ms Abbott: “Risk-assessed tactical contact is exactly what we need. Criminals are not above the law.”