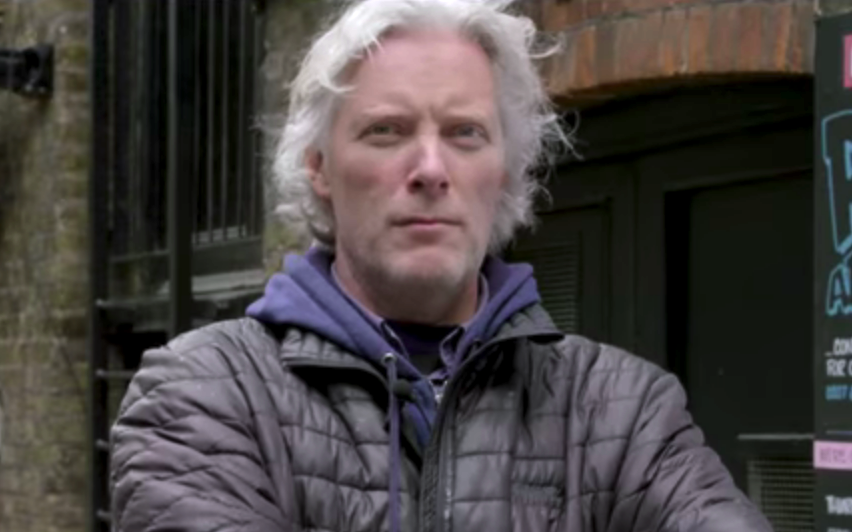 AN artist who is advertising homeless men and women “for sale” has been reported to police.

Charity staff who work with Camden’s “street population” alerted officers after discovering that at least four rough sleepers from the borough were listed on a “homeless tracker” website, which offers to fit people with a GPS device and turn them into “a human Pokemon Go”.

Camden Safer Streets Team, who are commissioned by the council to help people into secure accommodation, had asked police to investigate the website, which is described as a “major conceptual artwork” by Danish artist Kristian von Hornsleth.

Officers who specialise in human trafficking and exploitation have reviewed the site.
Ian Bangay, project manager of the Safer Streets Team, described it as “exploitative”.

He added: “Personally I am disgusted.

“We have great concerns but there appears to be little we can do as it is within the law. We will be talking to the homeless people involved to ensure that they know that we can help if they feel trapped into taking part, but that is about it.”

Inspector Paul Clarke, of Camden police, said: “When the website was brought to our attention we assessed whether any offences had been committed, seeking the advice of specialist officers and, although people may feel, when considering that many of the people featured on the website are vulnerable, that its contents leave a bad taste in their mouths, or that it is morally wrong, no offences are apparent at this time.”

Town Hall community safety chief Councillor Nadia Shah said she was “very concerned” and said they were looking “to see if there is action that can be taken to stop the activity”.

“We are working with our partners, through Camden Safer Streets team and our hostels, to ensure any homeless people in Camden approached by this website are aware of the risks of taking part in this project and so are able to make an informed choice on getting involved,” she said.

Alongside the 10 “gold homeless” who wear tracking devices in exchange for £20,000, there is also a group of 100 “silver homeless”, whose portraits can be purchased for £600. They will receive £250 if the photos sell.

The work by Mr Von Hornsleth, who describes himself as a “provocateur”, is being promoted as “an ethical boundary-smashing work, which fuses homelessness, privacy invasion, inequality and reality TV”.

The artist said it is intended as a critique of the “absurdity of our culture”, including state surveillance and the privatisation of public assets.

A promotional video shows Mr Von Hornsleth as he parks up a white van in King’s Cross, which was used as a movable photography studio.

The video shows him return to hand £250 in cash to two men and a woman whose portraits had sold.

One said: “I love you guys.” Another said: “You just came to me like an angel.”

Asked to comment on the response in Camden, Mr Von Hornsleth said that charities “seem to think of the homeless as vermin that need to be purged from the streets, so the naive middle class continue making donations and sleep peacefully at night”.

He added: “I’ve been thinking about reporting some of these charities to the police myself.”

“They don’t care about the welfare of the homeless, all they care about is deceiving the public and lining their pockets. At least we have the decency to make the homeless partners in the profits and show them enough respect to admit what it is: business. That’s all homelessness is: business.”

In 2006, Mr Von Hornsleth made 100 “impoverished” people in a Ugandan village change their names to “Hornsleth” in exchange for pigs and goats. He said the Ugandan project had “manically celebrated the evils of marketing, advertising, branding and Western aid policy”.