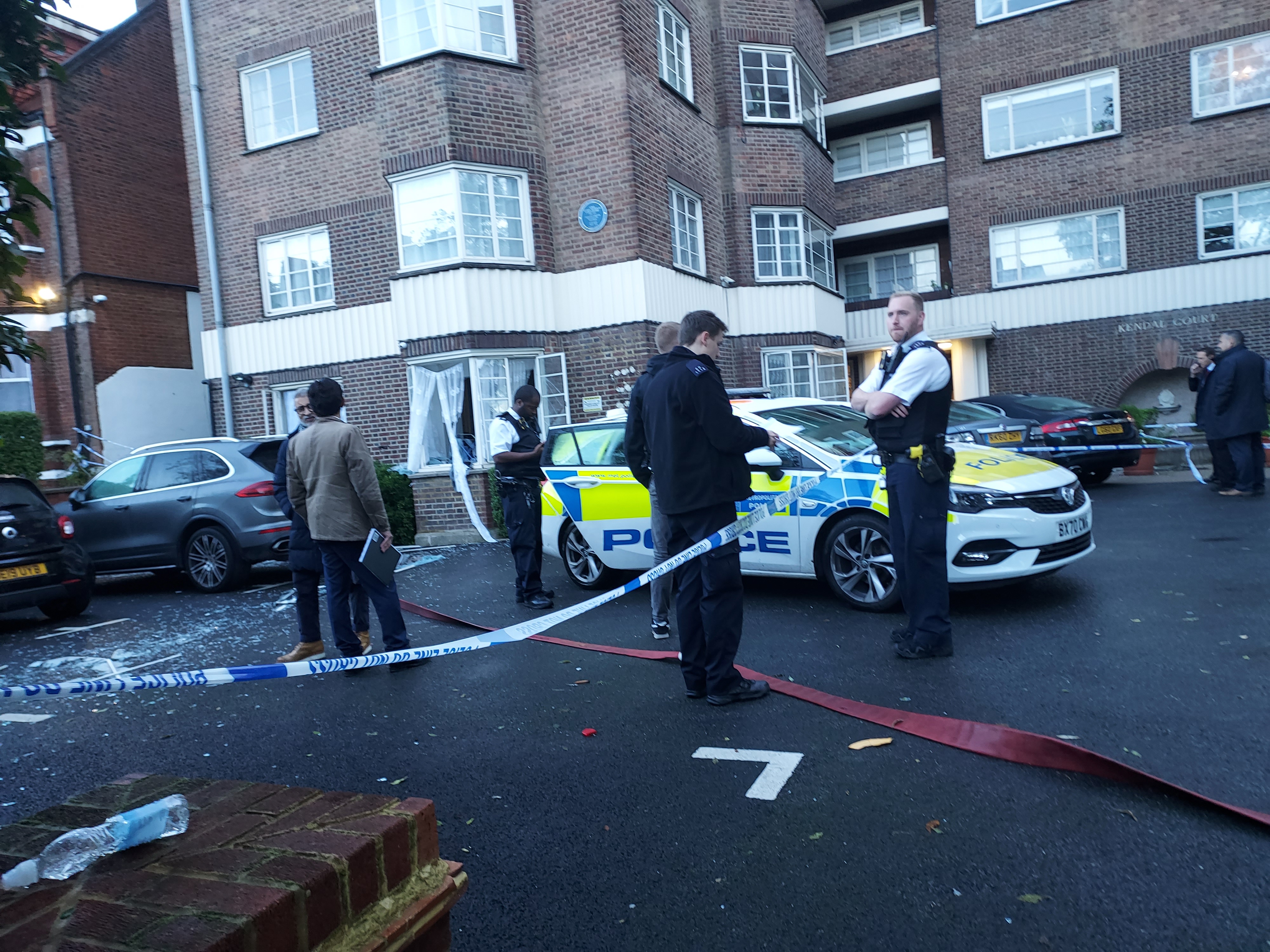 The police cordon at Kendal Court this morning

A MAN has been arrested for arson after a suspected gas explosion at a block of flats in the early hours of the morning.

Police, firefighters and the ambulance service were sent to Kendal Court in Shoot Up Hill, Kilburn, around 1am after the blast.

A man in his 20s was taken to hospital with burns that were not described as life-threatening.

Residents in around 20 flats were evacuated to the Swiss Cottage Leisure centre until around 6.30am.

Shattered glass was spread across the forecourt of the mansion block building and a police cordon remained in place this morning.

Fortune Green ward Cllr Nancy Jirira said: “I went down at 6.30am. I thought I would take some fruit for people in case they needed it. The people were all being taken back from Swiss Cottage Leisure Centre in taxis when I got there.”

She added: “All the three ward councillors have written thanking council officers who were up in the middle of the night.”

The Met Police added: “A 28-year-old man was arrested on suspicion of arson and criminal damage. He remains in custody at a north London police station.

“Several properties were evacuated and road closures remain in place. The local authority has been informed. Enquiries into the circumstances of the incident are ongoing.”