Police appeal for witnesses to collision as cyclist fights for life

Did you see what happened? Detectives want your help 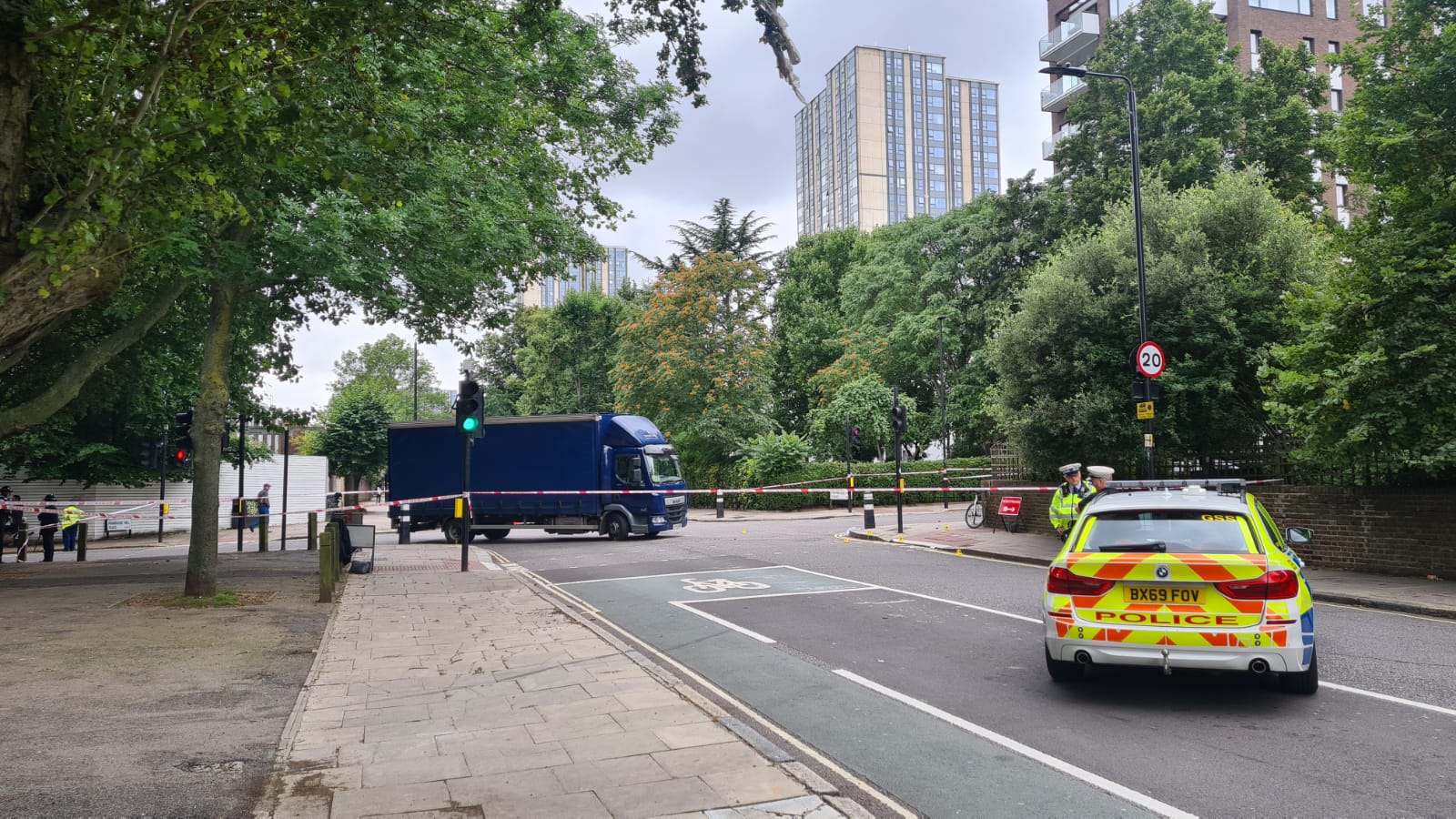 POLICE  are appealing for witnesses and dash cam footage after a cyclist was left in a “life-threatening” condition following a collision in Adelaide Road.

Officers were called to the junction with Primrose Hill Road just after 6am this morning (Thursday).

The cyclist, a man in his 60s, was taken to hospital where he remains in a life-threatening condition, and police said his next of kin are aware.

A cordon was still in place on Thursday lunchtime. A white bike could be seen propped up against the wall at the junction and detectives had appeared to mark out several areas of interest.

The driver of the lorry stopped at the scene and is helping police with enquiries.

Detectives from the Serious Collision Investigation Unit said they would now like to hear from anyone who was in the area at the time.