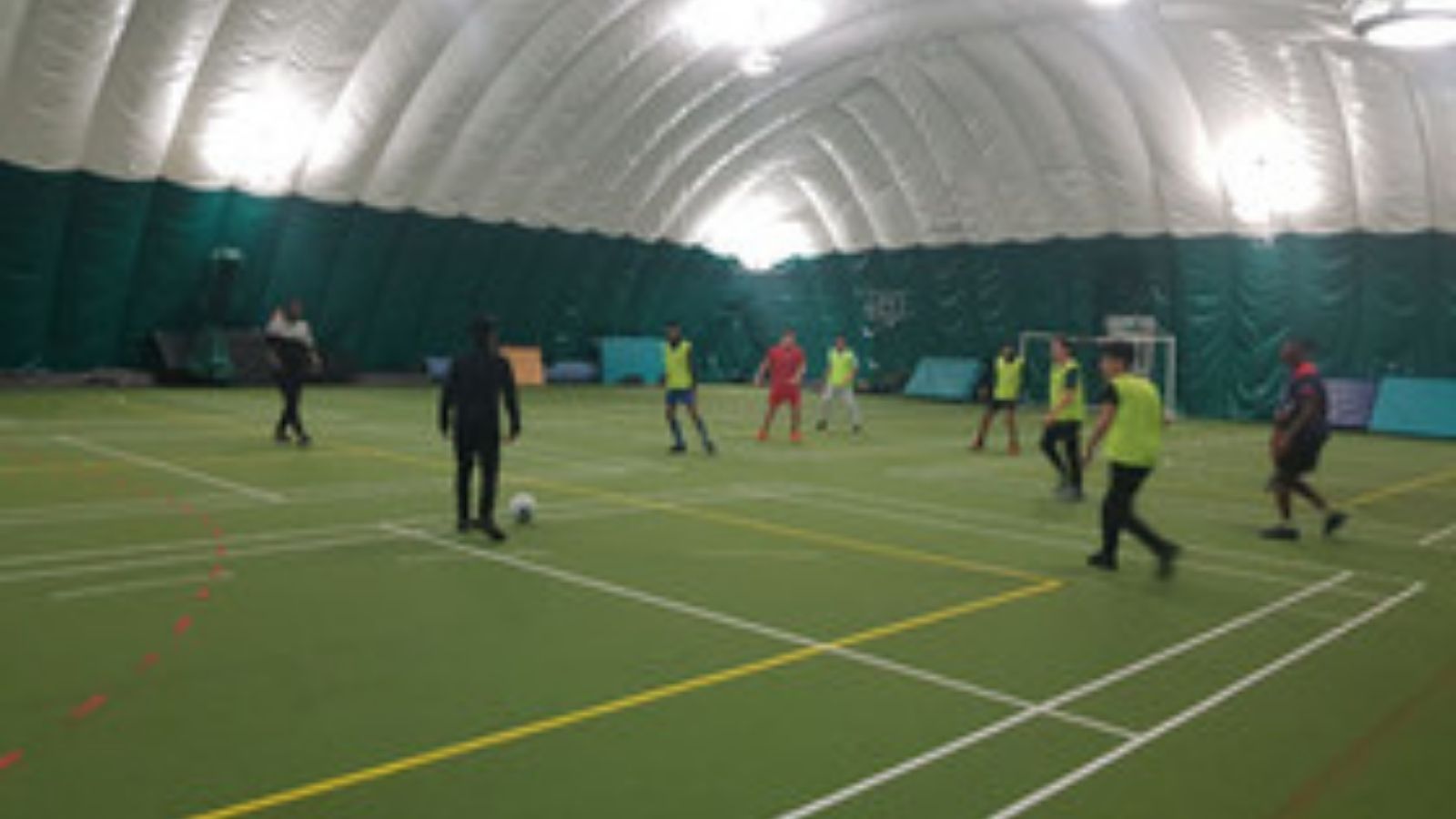 The Dome sports centre could be flattened

THE Town Hall is being urged to guarantee the future of a sports centre in Queen’s Crescent after a strategy document suggested it could be demolished and rebuilt on a new site.

A “community vision” document, which the council is consulting on until December 17, outlines priorities for the area, promising new and improved green spaces, walking routes, making sure air quality levels are safe for all, and offering help to businesses in Queen’s Crescent.

As part of the council’s push to provide more homes it could be flattened and rebuilt on the same site, with houses, or moved elsewhere in the area. The plans do not rule out the possibility it may be relocated out of the area altogether.

A map of “area guidance” says that the site will be redeveloped “with a mixture of housing and commercial to fund replacement of sports and youth centres”.

It says: “One option that will be explored and tested would be to rebuild the facility on the same site whilst also providing housing whose sale would help us deliver the new facilities.

“If this testing shows that rebuilding on the existing is unviable, then a sequential site approach should be taken which prioritises other accessible locations in and around the Queen’s Crescent neighbourhood centre before considering any sites further afield.”

Foyzeur Miah, chief executive of QCCA said: “We’re very disappointed that QCCA isn’t mentioned as a strategic partner in this draft even though we’ve been serving the people of Gospel Oak for 20 years and were the only organisation that remained open throughout the pandemic.

“In principle there’s been lots of verbal commitments made to us around this redevelopment, but this draft doesn’t mention any specific investments on Queen’s Crescent Community Centre, which has history dated back to the 1980s. While the area is getting modernised we’re left without any firm consideration for investment.”

He added: “We also need a commitment that both The Dome sports centre and The Dome youth club in Weedington Road remain either on their current site or within the boundaries of Queen’s Crescent if we are to continue to engage with young people effectively and not set them against rival gangs fighting for boundaries.”

he number of free sports pitches will be cut with a “more diverse range of spaces” sought, Camden’s document said, adding: “This would increase the range of facilities with no net loss of space for young people”.

Current proposals – part of Camden’s flagship Community Investment Programme, will see at least 1,240 extra homes built in the area when the programme is complete.

A number of estates – St Stephens and Wendling, Bacton Low Rise and West Kentish Town – have already had redevelopment begin, or are due to have major demolition and rebuilding taking place. The document also proposes a new health centre, a jobs hub and makes reference at the long-awaited plans for the former Carlton School building in Grafton Road.

It raises the idea of moving Wendling nursery into the site. The document follows a “neighbourhood assembly”, made up of people in the area, randomly selected by the council, which suggested ideas and responded to those put forward by external consultants.

If approved it will shape the future of the area and influence decisions by the council.

A Camden Council spokesperson said: “Ideas around The Dome sports and youth centre within the draft document have been based on feedback from local young people, including those who use the facilities, as well as staff and trustees from the Dome and QCCA.

“These conversations remain ongoing as we seek to improve the draft Community Vision further in advance of its formal adoption.”