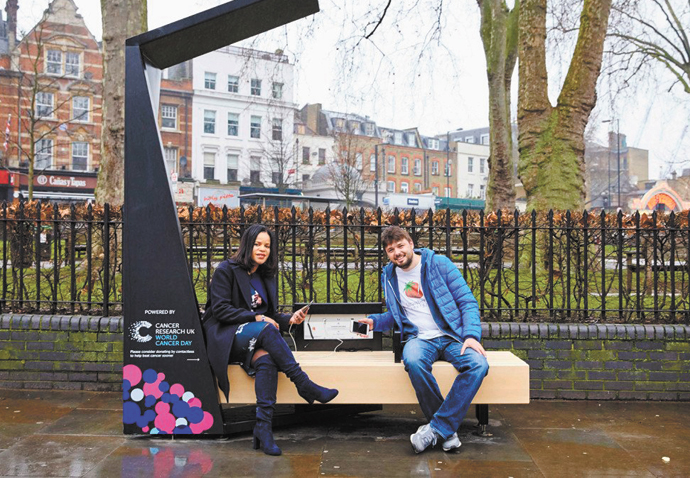 A SERIES of Town Hall-backed solar-powered “smart benches” installed across the borough last year will have to be moved after they were rejected by planners.

Four out of five of the benches, which collect data on air quality and where people can charge their phones and access free wifi, will have to be relocated after Islington Council’s planning committee last week denied the company behind them, Strawberry Energy, retrospective planning permission.

Islington has stressed it was not their application, but conservationists – who argued the benches were in the wrong place when they were installed last year – said the Town Hall was wrong to allow Strawberry Energy to install some of the benches in conservation areas without planning permission or consultation.

David Gibson, chairman of the Islington Society, said: “The committee refused four out of five planning permission for what are, in effect, its own applications – for a contract that the council had signed up to without first getting the necessary consents or even consulting with interested ‘stakeholders’. The principal reasons concern the impact caused by these very large objects on the environment in two ways. First, the damage to the character and appearance of Islington. They are in prominent, very visible locations, in conservation areas and are detrimental to the appearance of at least one of the best listed buildings. Second, sitting on the pavement on the highways, they go completely against the council’s overall aim to reduce street clutter.” 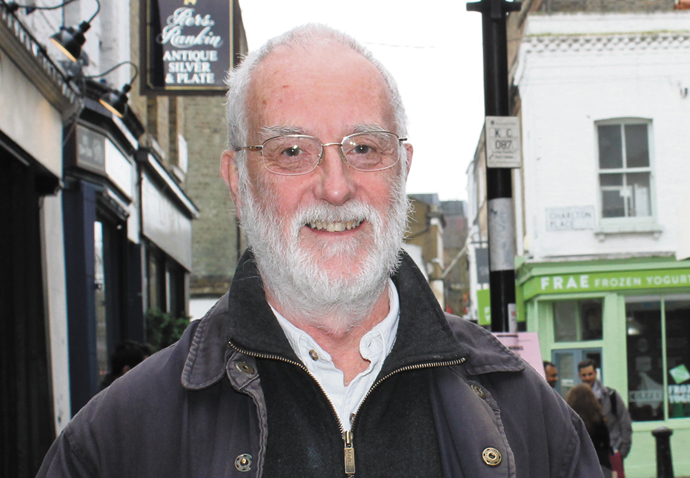 Police also objected, saying the benches could become a magnet for phone thieves.

The benches were funded by Strawberry Energy and Cancer Research, to whom £2 can be donated through a contactless payment device on the benches. Islington has five benches in Islington Green, Newington Green, Old Street and Essex Road, which has two. They are freestanding rather than fixed to the ground.

They have not cost the council anything to install and the Tribune understands Strawberry Energy, the applicant, will bear the cost of relocating them.

“Naturally we support the principle of Strawberry Energy’s smart benches,” she said. “We are happy that Islington was chosen as part of the trial and we worked closely with Strawberry Energy on bringing the benches to the borough. We are disappointed that four have since been refused retrospective planning permission, and will look to learn the lessons from this in future.

“We are working with Strawberry Energy on finding alternative suitable locations for the benches.”

Strawberry Energy did not respond to the Tribune’s requests for comment.