Philosopher with a different spin on politics 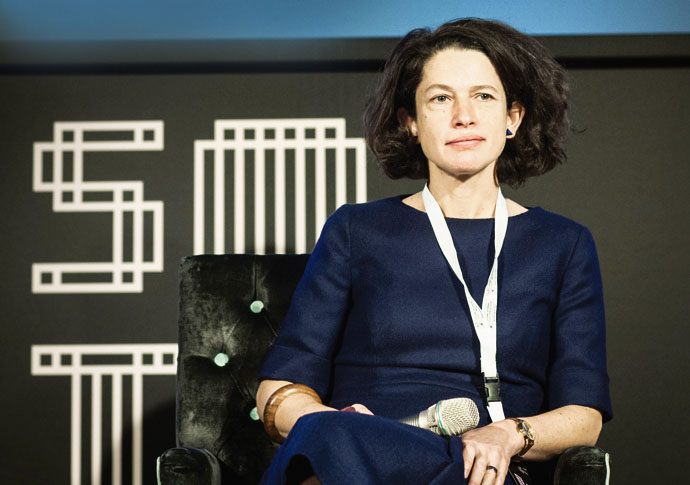 Eliane Glaser, who lives in Parliament Hill Fields, wrote Get Real: How To See Through the Hype, Spin and Lies Of Modern Life five years ago. Her new book is Anti-Politics: One the Demonisation of Ideology, Authority and The State

WE live in the age of populism, where to be a “politician” is seen to be something negative, something underhand, something intrinsically dishonest instead of a person who believes strongly in something and is willing to work for the good of all.

And it is the same with our political institutions: many on both the right and left seem to feel that bodies that have grown organically and served generations, are no longer fit for purpose.

Whether this is correct or not is the topic of Anti-Politics: One the Demonisation of Ideology, Authority and The State, a new book by writer and political philosopher Eliane Glaser.

She is appearing on Sunday at Jewish Book Week to discuss her work – and is one of a number of north London writers on the bill for the annual event, held at Kings Place, King’s Cross.

Eliane, who lives in Parliament Hill Fields, wrote Get Real: How To See Through the Hype, Spin and Lies Of Modern Life five years ago. It was a consideration of the corruption of causes by corporations, the co-opting of trendy movements by firms whose reason for existing is to sell us more stuff. Her latest book considers how the undermining of established institutions and ideologies has come about – and what it means for democracy.

“There has been a trend against politics over three decades,” she says.

“There has been a rise of populism and we have to ask why?”

Her book considers whether it is a deliberate policy by those on the right, citing the rise of Donald Trump as a sign of how interest groups have chipped away at institutions that many see as imperfect, but are at least established as key parts of democracy and offer better safeguards than small state governance, quangos and contracting out of services. 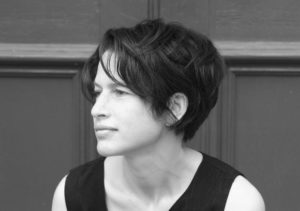 “Right-wing populists in the USA say, deliberately, slogans like ‘drain the swamp’ and you have a similar thing happening here,” she says.

“Douglas Carswell, for example, talks of the ‘Westminster Bubble’ and speaks of a Westminster elite. There is also left-wing populism, who say Westminster is not representative – but the question is, what do you do about this? Do you engage and try to improve it, or lose faith and disengage?”

She argues in her book that the left needs to have a “grown-up conversation” about winning back the tools of power and how they can be used for the good of all.

Eliane considers why populism is a contemporary phenomenon – citing the fall-out from the financial crash, followed by years of austerity and blatant inequality.

“The right have systematically turned the beam of public scrutiny away from financial and corporate power onto professional and educational authority,” she writes. “Instead of targeting inequality and the outrageous liberties taken by the oligarchs, banks and multinationals, we the public are encouraged to take aim at political leaders, social workers, food inspectors and hospital doctors. It is they, we are told, who are committing the worst offence, in presuming to know what is best for ‘ordinary people’.”

She says that those who are our representatives or the bodies that provide social welfare and security are portrayed as “overweening nanny staters and patronising do-gooders”. And with the fabric of the state being dismantled, with “people realising too late that the institutions and bodies they are led to despise are actually the checks and balances that protect people from arbitrary power”.

Above all, she argues we need to look at “three pillars of political philosophy that have become dirty words: ideology, authority and the State” – and remember that they are vital components of building a fairer, more equal society.

• Eliane Glaser is talking at Jewish Book Week on Sunday, March 4, at 2pm. See www.jewishbookweek.com/events-new/anti-politics
• Anti-Politics: On the Demonization of Ideology, Authority and the State. By Eliane Glaser, Repeater, £8.99

Jewish Book Week is now into its second decade – and has become one of the premier London-based literature festivals. With 75 events in just nine days, it has a programme that ranges across genres – from bestselling authors to first-time writers, fiction, non-fiction, and everything from political debate to cookery.

Among the highlights this year is a talk by Hampstead-based poet and artist Sophie Herxheimer, whose brilliant collection Velkom to Inklandt has her writing poetry in her grandmother Leisel’s vernacular.

Her grandparents had left Germany in 1938 – “we always wondered how they’d managed to bring such enormous heavy wooden furniture with them while fleeing for their lives” – and her poems celebrate her grandmother’s culture, character, and what it is like to migrate, to find a safe haven, against the violence of mid-20th century Europe.