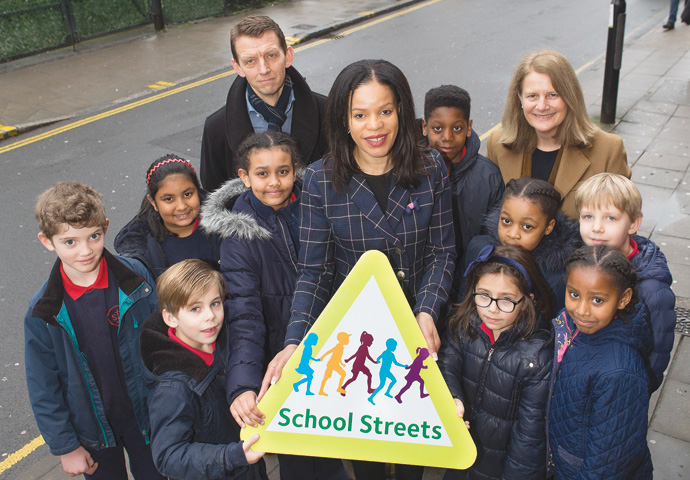 PARENTS will now face a fine if they drop their children off in vehicles outside the gates of Islington’s most polluted primary school.

The move is part of the Town Hall’s “School Streets” scheme, which aims to improve air quality and make the school-run safer.

Headteacher at St John Evangelist Catholic Primary School, Stephanie Day, said: “The road outside of school is very narrow and the number of vehicles using it as the children arrive has been a safety concern for us for a number of years. It will also help to reduce the high levels of pollution making the air quality safer for our pupils.”

Duncan Street will be closed between 8.15am and 9.15am and 3pm and 3.45pm in term time. Vehicles with exemptions can access the road without receiving a penalty charge notice from a camera of £135, or £65 if paid in two weeks, during the 18-month trial period, which started on November 12.

The council plans to close a handful of roads around six other primary schools in the borough. Some residents have raised objec­tions, saying if it came into force near Yerbury Primary School in Tufnell Park, it will displace pollution to nearby sheltered housing.