Memoir of performer, feminist and committed left-wing activist is a lively account of the life of an engaging political singer 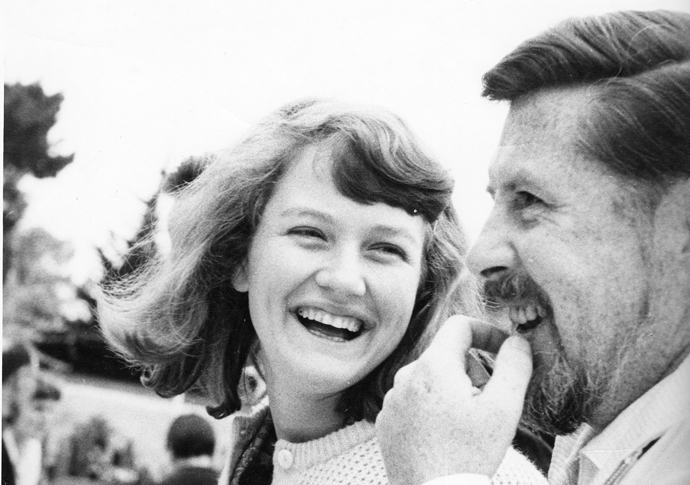 THINK political intolerance is bad today? Back in the 1970s, before social media, one of the world’s most influential folk artists, Peggy Seeger, was doused in beer by an angry member of the audience, simply for singing an anti-war protest song.

The incident is related in her wonderfully entertaining new memoir, First Time Ever, chronicling her life as a performer, feminist and committed left-wing political activist. The book also highlights the extraordinary rise of folk music from the 1960s onwards.

American-born Peggy was the half sister of legendary folk singer and activist Pete Seeger, who died in 2014 aged 94. She lived for a period in Highgate and sang and played the banjo with her husband, singer-songwriter Ewan MacColl in clubs and pubs around Camden, Islington and the West End.

Ewan, who was 20 years her senior, died aged 74 in 1989. He was, incidentally, the father of Kirsty MacColl who sang with The Pogues, and who died in a boating accident in Mexico in 2000.

Today grandmother Peggy, aged 82, looks back at the highs and lows of her life, particularly the period shared with Ewan, with whom she had three children, and who was referred to as the “godfather” of folk.

Among anecdotes from the book are those dubbed the “audiences from hell”.

Folk clubs in those days could often be boozy, loud and intimidating, particularly for women. Peggy had been performing an anti-war song against the invasion of Vietnam by America in a folk club in Maidstone, Kent, in 1970. Sitting in the front row were five or six burly American soldiers. Peggy, who had been performing solo, recounts: “A defender of the free world stands up and pours beer over me. His companions start tearing pictures off the wall, breaking windows and smashing chairs.” Peggy and her group make a quick exit stage left.

At the same time not everyone enjoyed Peggy’s feminist anthem, I’m Gonna Be an Engineer, about a little girl who didn’t want to do the normal things expected of women in those days, including settling down to have babies. The song came out in 1971 when women in Switzerland had only just got the vote. At one concert where she sang it she describes how a man stormed out of the auditorium shouting: “Didn’t think this was going to be a f***ing concert about women.”

She remembers an Irish gig where all the audience, mostly men, appeared drunk and performers were drowned out with noise or booed off the stage. “We should have stood down in protest,” she said. “But to our shame we didn’t.” 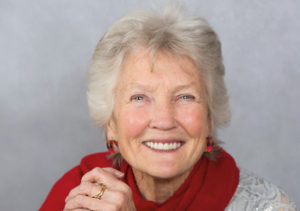 Peggy writes humorously about some of the other acts they came across: “We never minded if they couldn’t sing, couldn’t play, had body odour (which we have been known to have) or had eaten excessive garlic (ditto). What we did mind was when they overran their allotted time.”

There were, however, wonderful happy moments. Unlike the world of pop music where stars can potentially make millions, folk singers mostly struggled financially, which was true of Peggy and Ewan. Then they heard that top American soul singer, Roberta Flack, had announced that she wanted to record The First Time Ever.

The song had been written by Ewan as a love letter to Peggy back in 1957 before they were married.

Peggy writes: “One morning (1971) we’re opening the post at breakfast when Ewan goes uncharacteristically quiet. A royalty cheque for $75,000 for The First Time Ever, sung by Roberta Flack. As usual we’d never heard of her… but it’s the end of 12 years of scraping, worrying, having to take every single paying job.”

The song began to change their lives. “We stayed home more,” Peggy, writes, “I began to cook five-course meals. Ewan, born in poverty and dedicated to revolutionary politics, began immersing himself in wine and cheese reviews.”

Peggy recalls how skiffle was at its height when she first arrived in Britain in 1956, with popular American songs being played on the radio like Rock Island Line and Freight Train.

In Britain’s burgeoning folk scene artists not only sang but went out with tape recorders to collect old songs for posterity from gypsies and travellers and from various venues including local pubs, working men’s clubs, and even old people’s homes.

Peggy and Ewan performed regularly at the Princess Louise pub in Holborn where songs like Barbara Allen and Maids, When You’re Young – Never Wed an Old Man, (made famous by the Dubliners), would be requested.

They developed a stage routine that would last for their professional career. She would open with a song like Sweet Willie, “with fast rippling banjo accompaniment” and then they’d do a series of songs solo or together.

The folk movement that began tentatively in the 1950s has remained a vital part of the UK’s subterranean cultural life, she believes.