Parris arrival to give Gunners a potent pairing 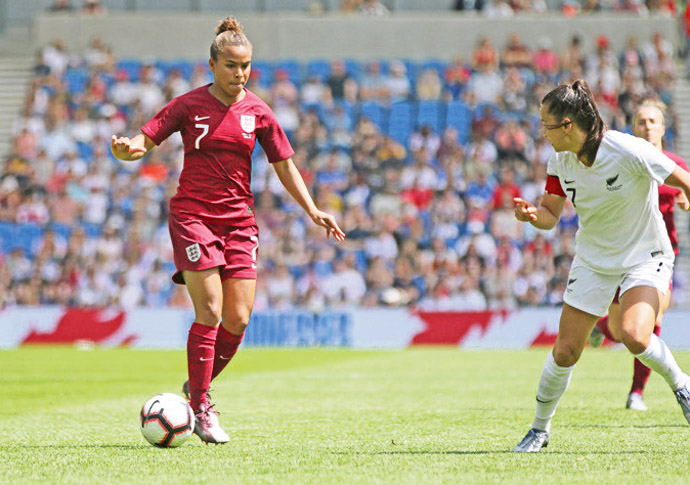 NIKITA Parris admits she is returning to “a much stronger” FA Women’s Super League after signing for Arsenal on Friday.

And Arsenal are getting the very best for their bucks. Prior to leaving Manchester City for France in 2019, Parris was the league’s all-time leading scorer with 49 goals.

In her absence that figure has been bettered only by her new Arsenal team-mate Vivianne Miedema, who has scored 60, and fellow England star Ellen White, with 54.

Expecting life in the top-flight to be even tougher the second time around, Parris told Arsenal’s official website: “The league’s much stronger nowadays. I only left two years ago but the league’s come on in leaps and bounds.

“I’m looking forward to being back and contributing to more assists, more goals, to push us forward.”

With Parris and Miedema up front Arsenal will boast one of the most potent attacking forces in the country.

Parris is currently preparing to compete in the Tokyo Olympics with Team GB and will then join up with the Gunners in pre-season.

And she insists that when she does, her focus will be on working with, and not against, her new strike partner. 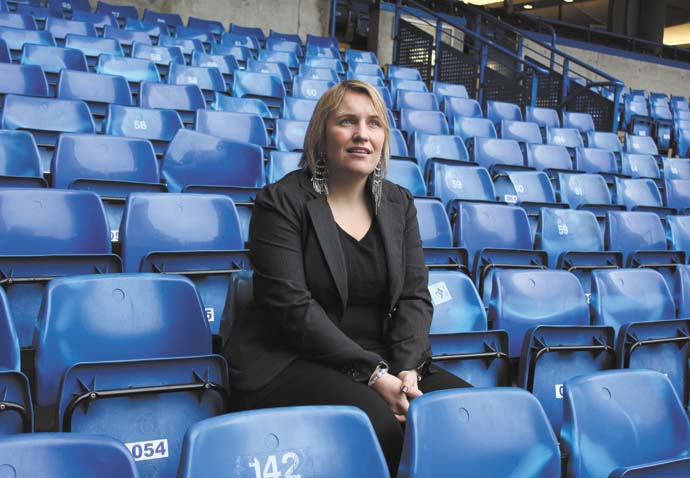 “Every forward wants to score goals, and me and Miedema are no different,” added the 27-year-old. “But I feel the most important thing is that we do the right thing for the team in the moment, regardless of who’s in front of goal or who gives the final pass or final shot.

“Whoever’s taking it has got to have the best interest of the football team winning the football game. That’s the most important thing and I’m sure Miedema has the same view. She’s an unbelievable striker and I’m looking forward to working with her as well as playing with her.

“Ultimately I hope that we can create a great partnership with the rest of the forwards in order to push Arsenal Football Club forward.”

Meanwhile, Arsenal aren’t the only club from the capital celebrating a big signing this summer. Chelsea revealed on Friday that Camden-born coach Emma Hayes has put pen-to-paper on a new deal.

Hayes, who grew up on the Curnock Street estate in Camden Town, has won no fewer than 10 major trophies during her nine-year spell at the club, guiding Chelsea to four league titles, two Women’s FA Cups, two Continental League Cups, the FA WSL Spring Series, and the Women’s FA Community Shield.

The prospect of a domestic treble is also still very much on the cards, having steered Chelsea through to the quarter-finals of the FA Cup, which will be played in September.

Hayes also led the club to their first Champions League final, where they finished as runners-up after being beaten by Barcelona.

“Everyone knows what this club means to me,” said Hayes.

“The work we’ve done together over the last nine years has been hugely rewarding, full of growth of the women’s game, accompanied with winning, which is one of the club’s key values.

“I’m really looking forward to building on the successes we’ve already achieved and I’m delighted to have extended further.”

Remembering the most important aspect of football, Hayes added: “It’s been a year-and-a-half without fans, so I can’t wait to welcome them back to our home and share with them the wonderful team we’ve built together.”