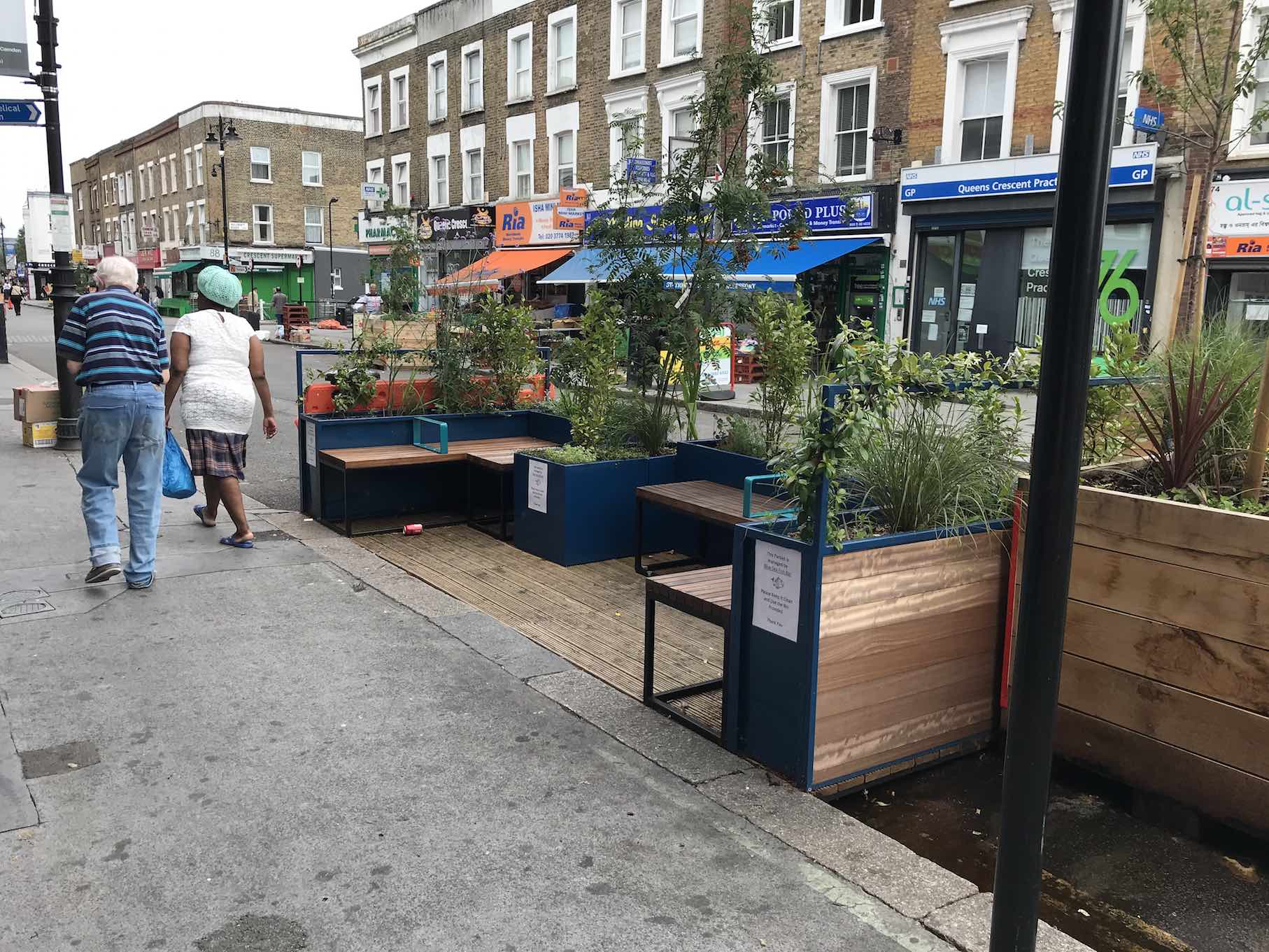 THEY are meant to be part of a vision for a new Queen’s Crescent, the idyllic idea that people will stop, eat, chat and rest in new “parklet” benches.

But there were warnings this week that the seating has done little more than increase anti-social behaviour.

The benches were installed by the council when it closed off the market street from traffic last month. People living and working in the area, however, say they are being used mainly for street drinking.

Nick Masetti, owner of game café, Rogues Quarter, said the Town Hall approached him a few months ago to ask whether he would like one of the benches being placed outside his shop, on the condition he helped to clean it.

“The council sold it as: people would use the benches, and then come in here, so I would get more customers,” he said, but added this had been a stark contrast from the reality and the cleaning had got out of hand.

Mr Massetti said: “I’ve given up now. There’s so much rubbish. People throw it under the boxes, do they want me to crawl around on my hands and knees?”

Moran Watson, who lives opposite one of the benches, said: “Every night people come to sit on the benches, drinking and playing music. Last Saturday they arrived at 10pm and were there till 5am. My windows were shut but it sounded like they were in my house.”

Ms Watson, who has severe disabilities which make it hard for her to walk and she has up to nine seizures a day, added: “At first it’s groups of youngsters drinking, getting a bit rowdy and then later in the evening it’s the real crackheads, you see them smoking on the benches.”

She said that since the street was pedestrianised, and the benches were put in, she has felt scared to leave her house at night.

“It’s dead apart from the alcoholics and druggies coming to sit there,” Ms Watson said.

“We’ve tried calling the police but they say it’s not an emergency. They have to remove the benches, they’re causing all these problems – these people have nowhere to go, so of course they’re going to congregate on a bench.”

Hasan Kafali, owner of the Blue Sea Fish Bar, which has the other bench outside his shop, said: “When I arrive in the morning I have to clean up the rubbish left the night before.” He said that staff would not mind doing the cleaning if the felt the trial was working, but said he felt the the pedestrianisation has reduced foot fall to his shop by 50 per cent.

Mr Kafali said, the benches are a nice idea, but added: “This isn’t Kensington High Street, you have to have common sense.”

Instead of people shopping and sitting on the benches for a rest as intended, he said: “We get lots of people sitting there, pissing and drinking. Every day it’s the same story.”

A council spokesperson said the use of the benches was being monitored over a trial and feedback gathered, adding: “We will feed this into the design for public seating that will be included as part of the public consultation on this scheme planned for later this year.”