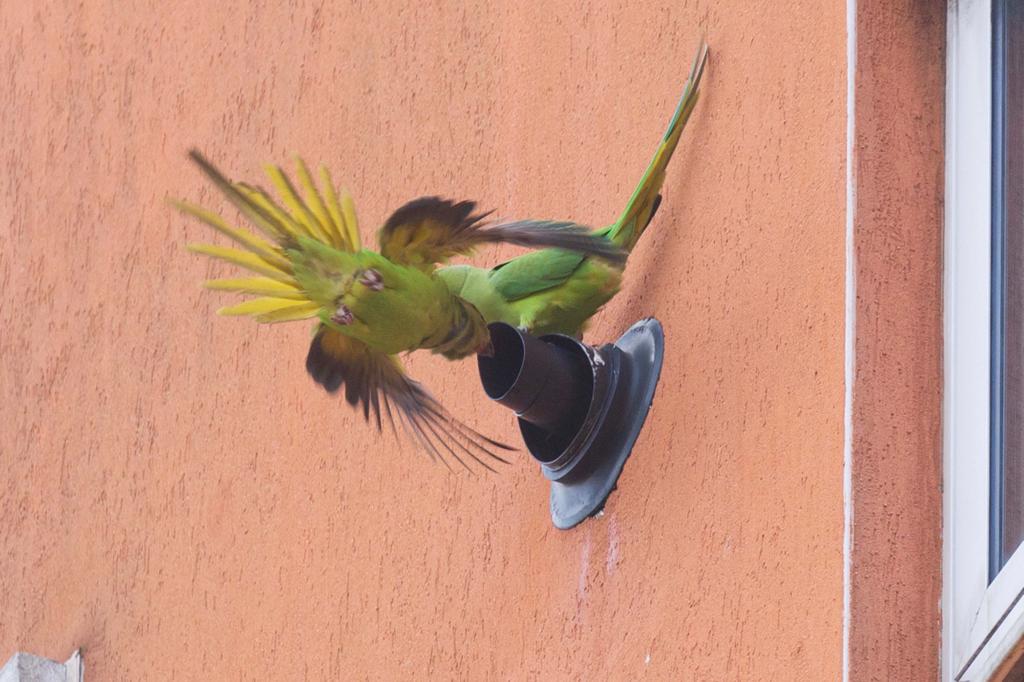 The brightly-coloured birds are normally fans of more tropical environments but are thought to have become established in the UK in the 1970s when captive birds escaped. 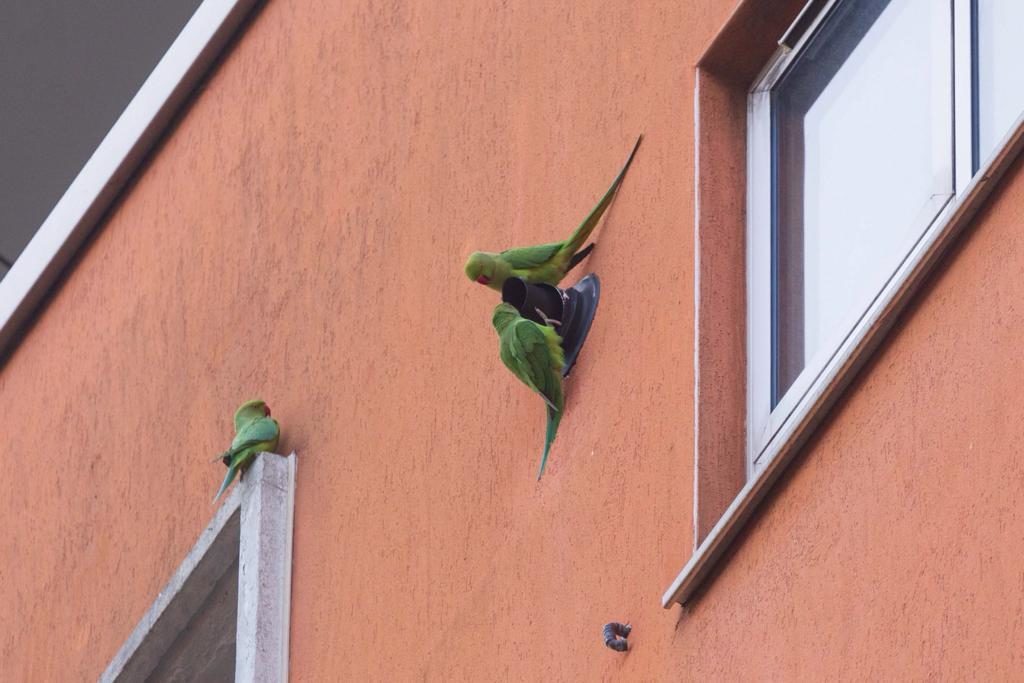 One long-standing rumour had it that Jimi Hendrix was to blame after releasing two in Carnaby Street in the 1960s.

He was cleared of the blame posthumously when university researchers said last year that sightings in the capital could be traced back to the 19th century. Parakeets are now a common sight across Camden. 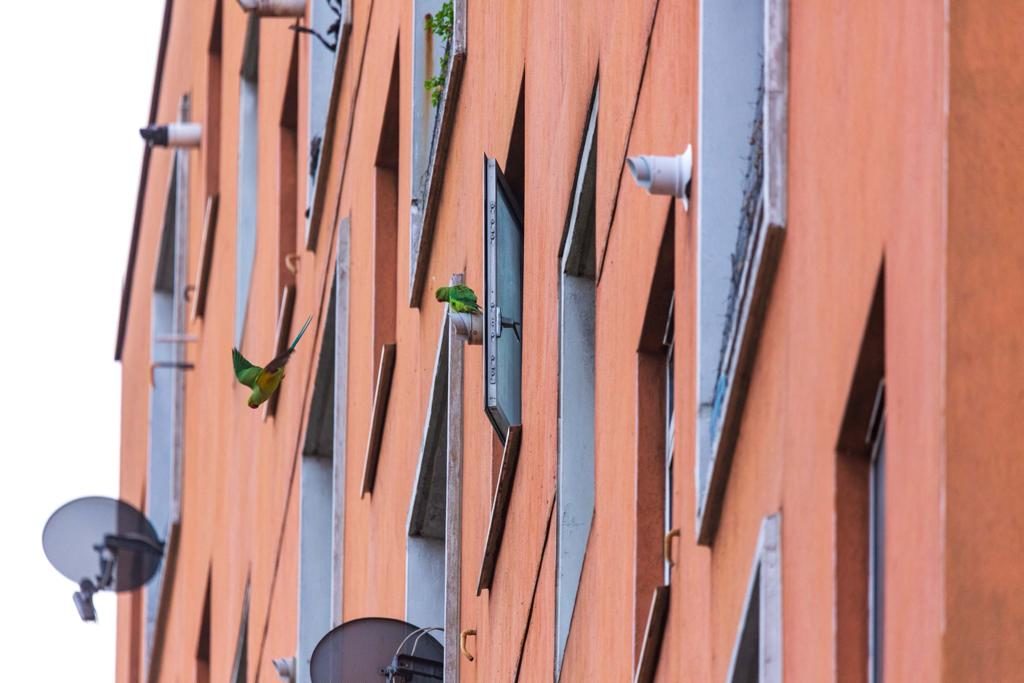 This week photographer Simon Lamrock took these pictures of parakeets fighting over water in the pipes at the Glynde Reach council block in Harrison Street. When not clinging to the estate’s walls, they have been devouring petals from nearby cherry blossom trees. 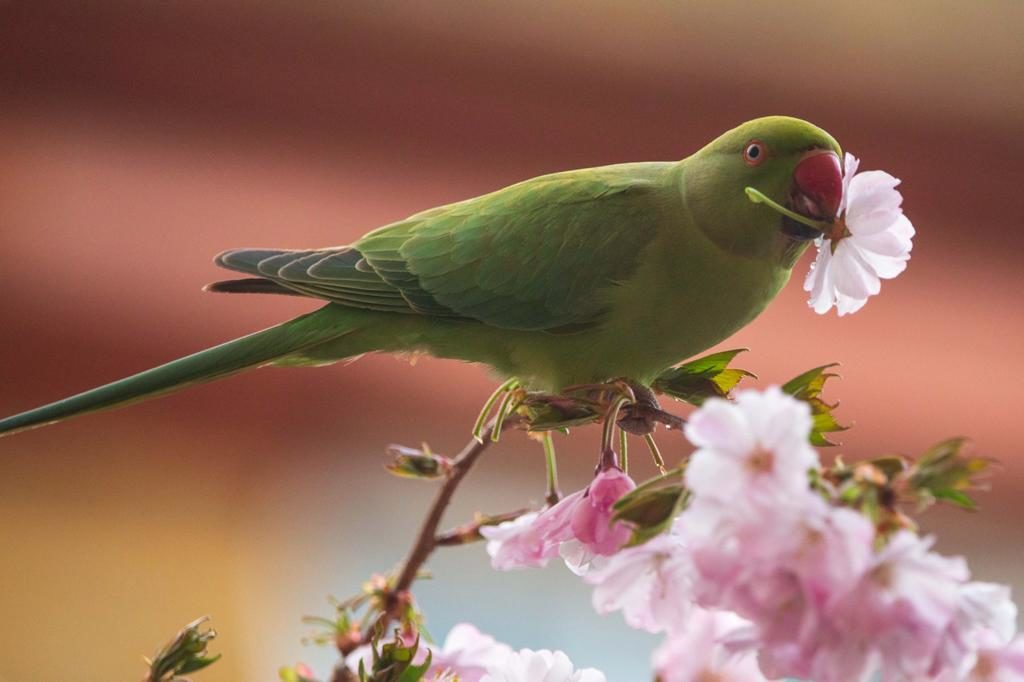 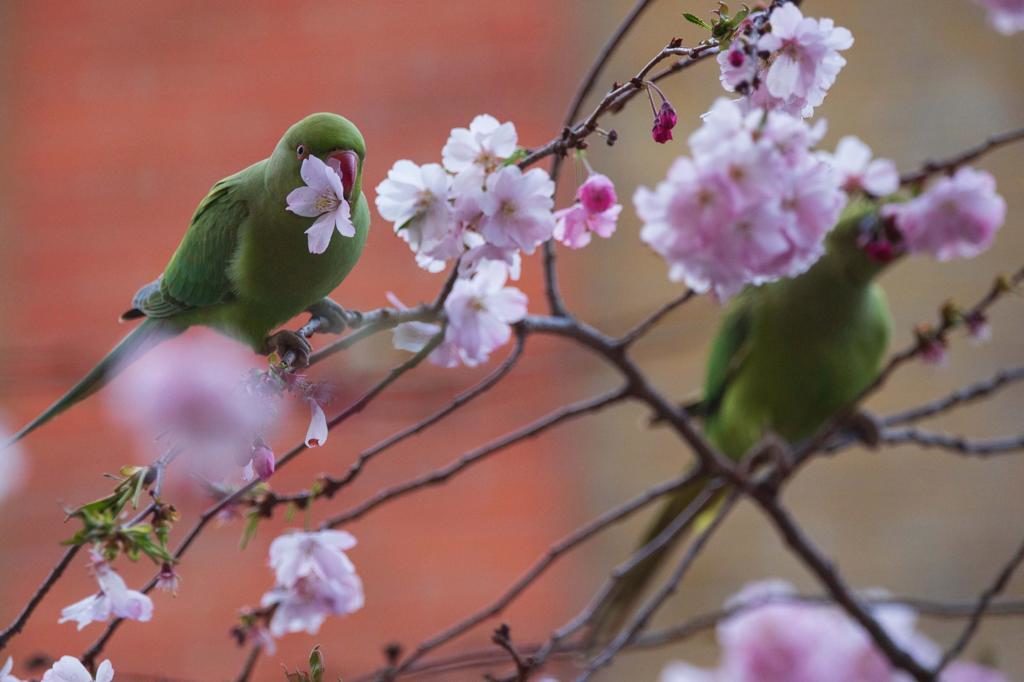 The Royal Society for the Protection of Birds (RSPB) said: “Media coverage occasionally suggests that a cull of ring-necked parakeets may be necessary due to their rapidly expanding numbers. “The RSPB is not in favour of a cull of parakeets at this time but believes it is important that the spread is monitored for potential negative impacts.”

The Department for Environment, Food and Rural Affairs has also distanced itself from any cull suggestions.

And a parrot watches on…

WHILE photographer Simon Lamrock was capturing the parakeets in King’s Cross, he also spotted an even more colourful bird on a ledge in Harrison Street. Feared to be a lost pet, pictures of the green-cheeked conure were posted online to find any possible owner. 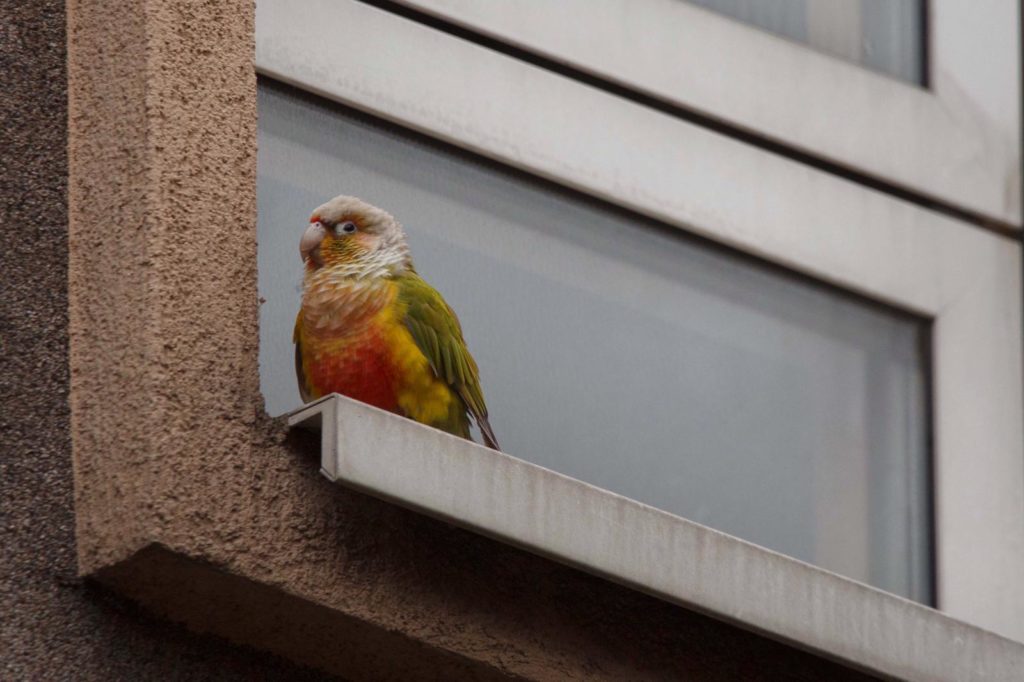