Our democratic values are under attack

‘Our fundamental rights risk being taken away by a government that seeks to avoid challenge and is fearful of change’, says Raj Chada 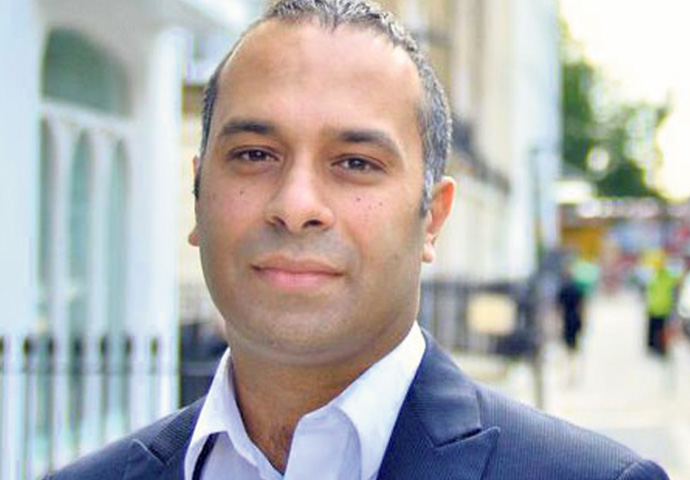 ON September 5 2017, four individuals, Nora Ziegler, Christopher Cole, Henrietta Cullinan and Jo Frew, took part in a protest outside the ExCel Centre in east London, highlighting the arms fair (DSEI) that occurs there.

Their protest lasted about an hour-and-a-half but the legal wrangling has just concluded after four years with the reinstatement of their acquittal of the criminal offence of obstruction of the highway.

DSEI at the ExCel Centre is one of the world’s biggest arms fairs, which happens once every two years. Alongside guns, tanks and killer drones, you might find offers for illegal torture equipment.

Amnesty International found such items in fairs at 2005, 2007, 2011 and 2013 (more recently their representatives have been banned from attending).

Some of those promoting such illegal weapons were excluded from the fair, but it begs the question what the authorities are doing allowing this to go on year after year.

Even if the weapons are themselves not unlawful, they are purchased by countries with questionable human rights records. They are potentially being used to clamp down on dissent or in wars of aggression.

This fair is nothing short of a national disgrace. Yet the government actively promotes this fair, encourages and facilitates deals.

It has been left to civic society and citizens to monitor, to highlight and to raise the alarm. That’s is where the four protesters come in.

On September 5 they lay down on one of the roads leading to the ExCel Centre and, locking their arms together with specially made devices, they sought to block the traffic going into the arms fair, seeking deliberately to disrupt it.

They were removed by police after about 90 minutes, arrested and charged with obstruction of the highway.

Initially they were acquitted by the magistrates’ court. That decision was reversed by the High Court and the legal back-and-forth ended this month, with the Supreme Court ruling that the acquittals should stand.

In one of the most significant rulings on the right to free speech and right to protest in many years, the Supreme Court affirmed that protests, even if they were deliberately obstructing the road and causing a real impact for others, may still have a defence under the European Convention on Human Rights.

The reason is simple. Many protests have at their essence the ingredient of disruption. Such protests have a long and honourable history in the United Kingdom and beyond.

Peter, Lord Hain, the former Labour cabinet minister, in his youth sought to disrupt apartheid era South African cricket and rugby teams when they came to tour the UK.

Sit-in protests were used extensively in the US civil rights movement.

In each case they used the power of targeted disruption to raise the alarm to a wider audience and, ultimately, helped to lead to the end of apartheid in South Africa and legal segregation in the Deep South US.

The right to free speech and the right to protest, while not absolute rights, are hugely important. They are often the mechanism by which we can bring about radical change.

As the Supreme Court held, there should be a certain degree of tolerance towards peaceful gatherings.

Whether or not protesters have a defence to such a charge depends upon a range of factors –not just whether others were deliberately affected.

This is welcome news in troubled times.

As the Police, Crime, Sentencing and Courts Bill makes it way through parliament, it will make these protest much more difficult.

Our fundamental rights risk being taken away by a government that seeks to avoid challenge and is fearful of change. It is disgraceful legislation that is designed to target their political opponents.

Democratic values are being undermined. That is important not because of theoretical human rights but because many injustices still need to be fought against.

It is why Ms Ziegler, Mr Cole, Ms Cullinan and Ms Frew were right to protest about the arms fair. It is not welcome in London and that fight will go on.

• Raj Chada is a criminal lawyer and partner in Hodge Jones & Allen Solicitors, and is a former leader of Camden Council.