Our area wrecked by a symbol of greed

Camden Council, you will never be forgiven for what you are doing to Somers Town, warns Fran Heron 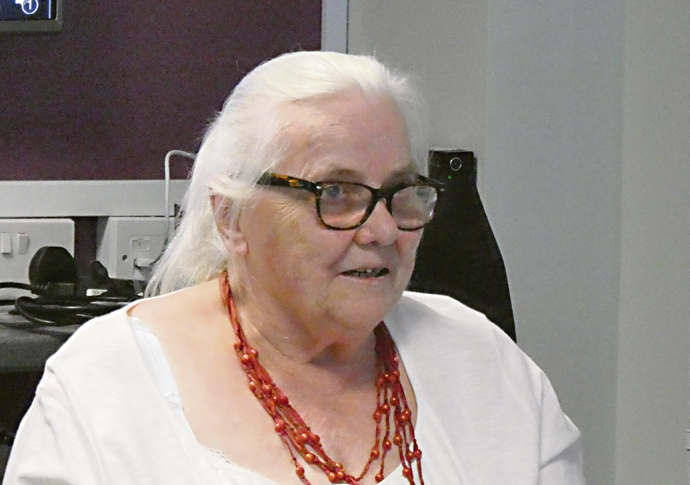 The grim news that Camden have sold a significant part of Purchese Street Park to a Hong Kong-based joint venture has hit like a sledge hammer and put paid to any forlorn hopes that the even more destructive Stage 2 of the Somers Town Community Investment Programme would not go ahead.

Delay in responding is due to swinging moods between cold fury, abject despair and heartbreak, leaving me unable to usher my thoughts into coherent sentences to pen a protest. But things need to be said.

Apparently, the CEO of “Prime Pacific is extremely excited to partner with ED Group to create an investment platform for Asian investors with keen interest to invest in the London residential market” and considers “it is a good time to capital­ise on this investment hotspot in UK.”

As the joint venture capitalists celebrate and are intent on hoovering up all local sites, local people will be grieving.

The decision to plunder social amenities and the successful planning application for the central Somers Town CIP was taken by a previous administration.

However, many of those cabinet members pushing hard to influence the planning committee remain in situ and are guilty of “joint enterprise and association”.

The consultation, such as it was, was based on deliberate and misleading propaganda designed to hoodwink residents. Local people were tricked into supporting the replacement of Edith Neville School while the social and financial costs were hidden.

Not one person I know was opposed to the vitally needed school replacement – those more informed rejected the robbing of community assets to do so and several other options were available that would not have had the devastating impacts we face.

The current school, late in completion, is considered to be over specified, over priced and should have been completed for the begin­ning of the autumn term. It most certainly is a large component in over-supply.

Camden was made aware before the planning decision but chose to ignore statistical evidence supplied by local people which contradicted the official overestimates of the numbers of school and nursery places required.

Even before completion of Phase 1, evidence showed that residents were correct.

A local nursery has just closed and so, too, St Aloysius school is about to be closed while the space built into the CIP plans to accommodate their pre-school intake (all advised to the council prior to the planning decision) is seeking a tenant.

But no doubt both will provide excellent money-spinners in the Russian roulette regeneration game being played out with relish in Somers Town.

Camden Council should hang its collective head in shame for pushing the sale of our park, globally ignoring the enormous social cost while bagging their £17million pieces of silver. But they won’t. Camden don’t do shame.

I await a blitz of letters from our establishment, howling their dedication to civic improvement and all the benefits they have showered on us ungrateful wretches.

As always, they will totally ignore all negative social and financial impacts.

So the hideous phallic symbol of global corporate greed will come to pass and be a permanent epitaph glowering over the remnants of a once proud working class community.

In the past Somers Town has welcomed waves of immigrants. It is a community whose ancestors built the transport system that served the capital – first the canals and then the railways.

Today it is being systematically ravaged. We see the familiar signs of gentrification with families forced to evacuate a construction zone on economic, health and wellbeing grounds.

The local community do not have much in their locality they can access free of charge. Loss of already limited green spaces in Somers Town is a social calamity.

The forthcoming massacre of glorious trees on Purchese Street Park, with protective canopies and habitat for wildlife, is tragic and an environmental disaster zone. It is too painful to contemplate.

The heart and soul is systematically being torn out of Somers Town and the destruction of our green oasis of wellbeing is nothing short of catastrophic.

A handful of honourable exceptions apart, I personally have lost any respect I once had for the administration in Camden Council.

They would rather get into bed with rapacious vulture venture capitalists than protect our vulnerable, diverse, community.

I have a message for Camden Council: You will never be forgiven. Camden has become an elected dictatorship mired in opaque decision making.

What is currently in place via the cabinet system is a total sham, deputations to change policy a cruel hoax, and a scrutiny function lacking any power.

As for the much-vaunted citizens’ assemblies, while reaching some hard-to-reach residents with a “representative” group, which is welcome, are nothing more than fancy focus groups which must not be used to restrict wide and open consultation.

I call on the New Journal to help residents in their search for democracy in decision making that impacts residents’ lives.

Let’s start our own people’s conversation for democracy and talk about how we can repair the gross democratic deficit in Camden.