Osibisa: a legacy of smiles 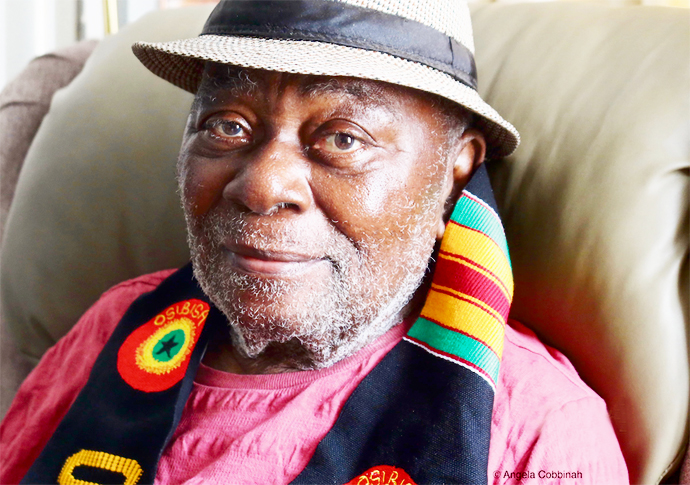 I’M sitting in the front room of legendary saxophonist Teddy Osei and we’re both enjoying a Wenzel’s veg pattie as he guides me through his glory days with Osibisa, the band he founded some 50 years ago to take Britain and the rest of the world by storm.

In place of the usual family photographs, his walls and shelves are adorned with the many gongs Osibisa have earned with their infectious Afro-rock sound, alongside reproductions of their trademark “flying elephant” album covers.

There’s plenty to talk about and every so often Lord Eric Sugumugu, long-time musical collaborator and good friend who has come to visit, jumps into a conversation that begins with Teddy’s youth in Kumasi, Ghana, as a member of chart-topping highlife band the Comets before arriving in London in 1962 as an unknown 25-year-old.

Felled by a stroke more than a decade ago and more or less confined to barracks at his Kingsbury home, Teddy no longer has the puff to play the sax let alone fill a stage with his imposing vocals. But he is still in the driving seat, overseeing the production of New Dawn, Osibisa’s first studio album in 12 years whose recent release marks the 45th anniversary of their first UK singles chart hit, Sunshine Day.

“It was time to get the Osibisa drums banging again,” says Teddy, who made his last appearance with the band at the Barbican in 2015. “Recording the album during lockdown was not easy as the musicians could not be in the same studio together. But we were determined to create a collection of melodic happiness and we are immensely proud of it.”

The new line-up includes keyboardist Robert Bailey and drummer Sol Amarfio, two members of the original band, which Teddy launched in 1969. Like most West Africans, he had came to the capital to study on a government scholarship, enrolling at the Eric Gilder School of Music in Oxford Street, which Fela and Labi Siffri also attended.

“I already knew how to sing and play the sax, flute and drums, but I needed to develop my skills,” he tells me.

“And I did. It was a very good school and very handy for being close to all the Soho clubs.”

He breaks into a smile. “My aim was to play professionally here so I began to look for other Ghanaians who could join me.”

The result was Cat’s Paw, which eventually included Teddy’s late brother, the trumpeter Mac Tontoh, and Amarfio. The band started out playing mostly soul covers in clubs and Town Hall dances before touring Europe and doing a three-month stint in Tunisia. As they sharpened up their act, they began writing their own material. 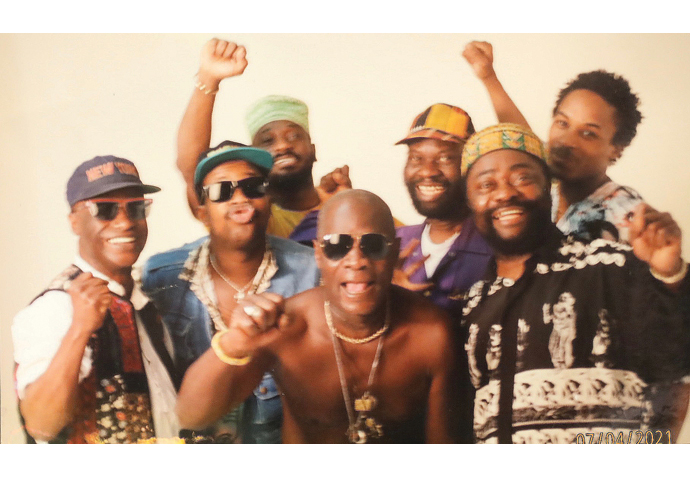 Teddy, first front right, with the band in the 1970s. Photo: Lord Eric

“We started to write new songs for a new sound, a unique mix of highlife, rock, blues and jazz – ‘Afro-rock’, though we didn’t call it that then. But by the time we got back to the UK people had forgotten all about us and there was nothing happening.”

Broke but not wanting to lose momentum, Teddy and co began rehearsing the songs in his basement flat in Gillespie Road, Finsbury Park, just within earshot of roaring crowds at Arsenal stadium.

“My landlady was Greek and didn’t mind us playing our music,” he chuckles. Several other musicians joined them, three of them originally from the Caribbean.

“The foundation had been laid but they made the music more exciting and more unique. I called the group Osibisa to reflect where the music came from, Fante Newtown in Kumasi, where all different kinds of music were developed. ‘Osibi’ means highlife and ‘sa’ means to dance.”

Once they went out on the road, Osibisa quickly developed a following, especially among a young white crowd who were looking for something different and loved their African get-up.

For black youngsters, Osibisa would become a source of cultural pride. During one gig in 1970, Stevie Wonder was so impressed he asked if he could jam with them on stage. A year later, Osibisa became the first black band to play at the Marquee Club.

“Bronze Records, they had Marianne Faithful on their books, came to listen to us play at the Tollington Arms [in Holloway]. They liked what they saw and signed us there and then. For a black band to have a white management was quite a thing then.”

But there was to be an even bigger breakthrough when Mike Maitland, head of MCA International, flew in from the US to watch them perform at the London School of Economics.

“After the gig he came to our dressing room and announced ‘Now you are my babies’. It was an amazing moment. After that, we just exploded.”

Within months Osibisa had released their eponymous debut album on both sides of the Atlantic and were embarking on a tour of the US. Woyaya followed soon afterwards. Both reached No.11 in the 1971 UK album charts with a collection of wonderfully exuberant tracks. Like Teddy’s Sunshine Day further down the line, they epitomise Osibisa’s happy, feel-good vibe.

Several international tours and successive albums followed in addition to appearances on Top of the Pops and a second singles chart hit, Dance the Body Music.

“The reception was always wilder than wild and we were the talk of the town for a long time. It was phenomenal,” remarks Teddy, going on to wax lyrical about a sell-out tour of India, leading to the 1982 the album Unleashed – Live in India, which received a gold disc. “India was a place we conquered without expecting to,” he says with evident pride.

What was the secret of their success? Teddy relaxes into another smile. “Our music was exciting and influenced bands all over the world. We brought people together and got them smiling. That is Osibisa’s legacy.”