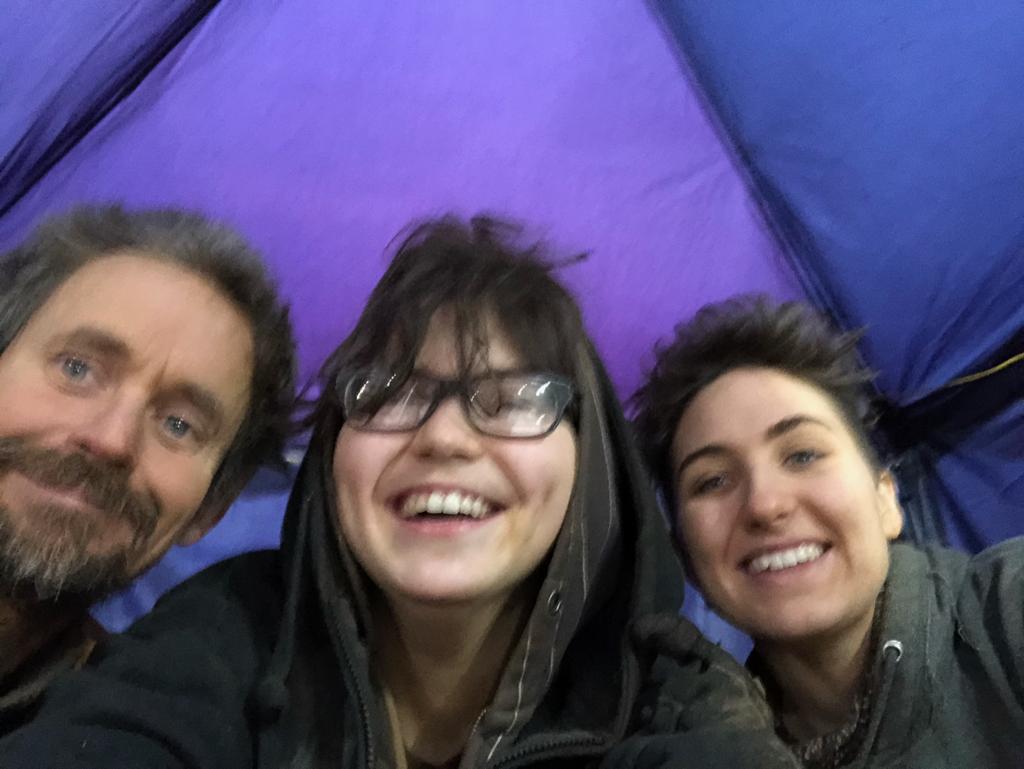 From left: Swampy, Blue and another protester after leaving the tunnel

A SINGLE protester now occupies the tunnels beneath Euston Square Gardens built by the HS2 Rebellion group in opposition to the multi-billion pound rail project.

The activist, named only as Bradley, is planning on leaving the tunnel tomorrow (Friday), after 31 days below ground.

He will be the last of nine tunnellers to leave the camp, bringing an end to astonishing stand-off in the park, above and below ground.

Three of the tunnellers emerged this morning, including Dan Hooper, known as Swampy, Isla Sandford, known as Blue, and a 22-year-old whose name has not been released.

They were pictured looking jubilant and were said to be “in high spirits”.

All three were taken to hospital to be checked over. It is believed they would then have been taken into police custody. 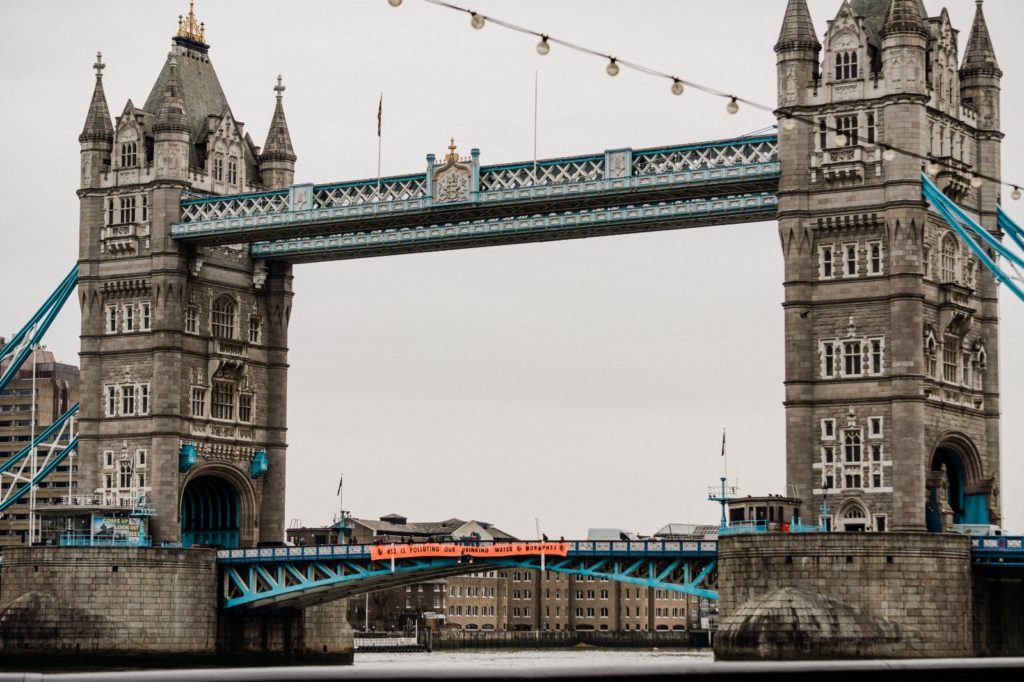 Ms Sandford, who is touted as Britain’s Greta Thunberg, said in a statement: “I’m going to carry on protesting with everything I have, because I’m fighting for the lives of everyone I love.”

Dr Larch Maxey, the face of the Euston stand-off, left the tunnel on Monday after he became surrounded by security officers from the National Eviction Team (NET) hired by HS2 Ltd.

The bailiffs had managed to breach his section of the tunnel over the weekend.

He said: “It’s one day short of four weeks and I have been evicted. Basically I have met my match. They’ve come for me. They’ve got all my stuff, they have me backed into a corner.”

Dr Maxey, a former teacher, added: “My understanding is they don’t have a possession order – but it’s a fait accompli. It’s time for me to regroup and see what’s next.”

Although reporting to be well, he was taken to University College London Hospital (UCLH) as a precaution before being taken to a local police station. 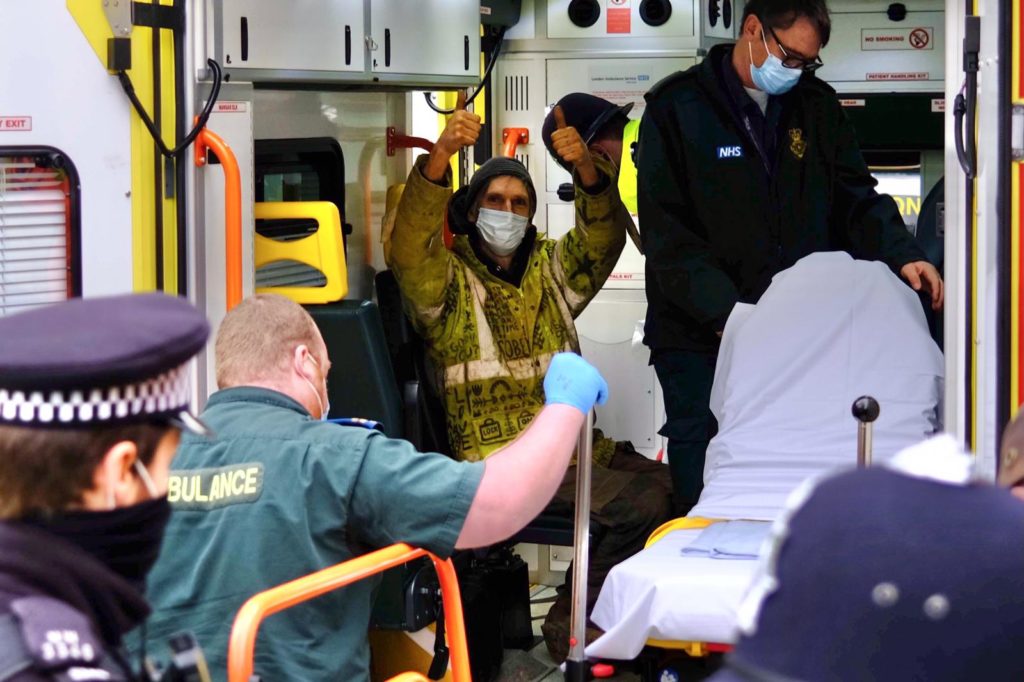 Dr Maxey appeared at Highbury Magistrates’ Court on Tuesday and denied charges of aggravated trespass, criminal damage and obstructing bailiffs in his eviction.

The siege began after months of secret digging in a protest camp which formed in the park last year.

At first glance, it looked as if “tree protectors” had set up their resistance in branchtop treehouses, but work had actually also been carrying on to create tunnels ready for when HS2-hired bailiffs arrived.

Trees on the site have been hacked down to make way for a new taxi rank as part of a giant overhaul of the area to make way for the High Speed 2 railway – one of the country’s most controversial infra­structure projects due to its multi-billion-pound cost and environmental impact.

A national debate also rages on over whether the new line is even needed. 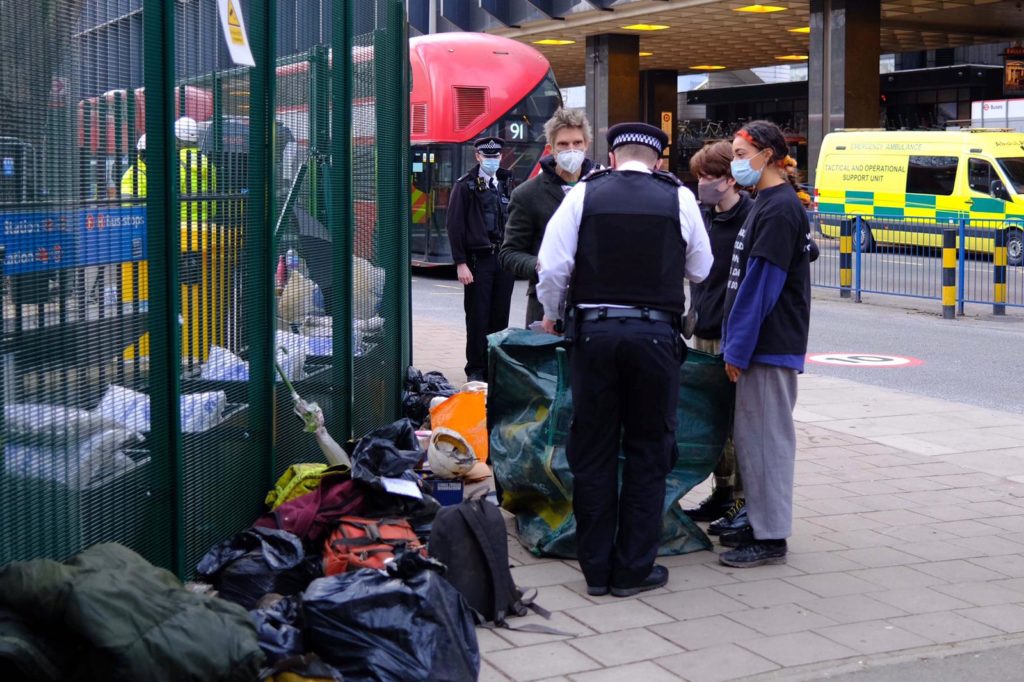 Camden will be one of the worst affected areas and is facing 20 years of demolition and disruption.

Residents and businesses have already been driven out – some properties such as the award-winning Bree Louise pub were seized under compulsory orders – while thousands of bodies have been exhumed from an ancient burial ground.

Green spaces have been closed, trees axed and residents left behind are living with constant dust and noise.

HS2 Limited, the company set up by the government to run the project, had won a court order handing them possession and declaring the demonstration illegal.

A statement by HS2 Ltd said: “As part of the ongoing operation at Euston Square Gardens we have successfully removed Dr Larch Maxey from the tunnel.

“The safety of those trespassing and that of the HS2 staff and emergency service personnel in this operation is of paramount importance.”

It added: “We continue to do all we can to end this illegal action safely, and we reiterate our message to those who remain underground to comply with their court orders and exit the tunnel immediately – for their own safety and that of the HS2 staff, agents and emergency service personnel involved in this operation.”