One last chance to save the world

Spectacular production design, a snappy script and a wonderful supporting cast as Daniel Craig bows out as Bond 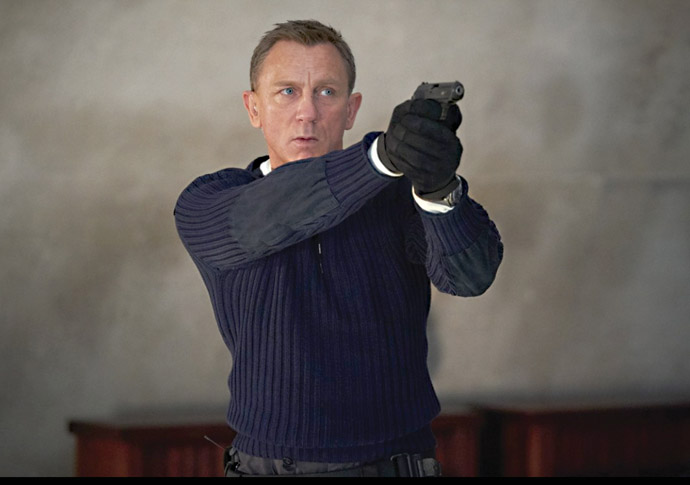 NO TIME TO DIE
Directed by Cary Joji Fukunaga
Certificate 12a
☆☆☆☆

FASTEN your seat belts – this Aston Martin of a Bond movie is a sleek, supercharged global adventure that has a magpie’s eye for everything shiny and fun this franchise has produced in the past 60 years.

Daniel Craig’s last performance as the state-sponsored killer is as grand as his marvellous turns in his five films deserves. It is going to be a tough act for whoever follows: his Bond has proved to be a cut above even Sean Connery – a depth of character previously unknown, fantastic action and a glorious pair of blue eyes.

Bond is in love. He and Dr Madeleine Swann (Lea Seydoux), the psychiatrist who helped him out in the film Spectre, are cruising through Tuscany on a romantic break.

Before you can stay shaken not stirred, thugs are blazing away at our unfortunate secret agent.

What unfolds is a plot involving a rogue Spectre scientist captured by the British and then employed to create a new weapon. It’s no nuclear device with a red or green wire for Bond to snip. Instead it sends mini robots into your cells – and if they have been programmed with a dash of your DNA, they melt your skin and curdle your innards.

It’s pinched by global hoodlum Lyutsifer Safin (Rami Malek), who in true Austin Powers style, plots his dastardly plans from a mysterious island. Bond has to try and get it back.

There are four really memorable Bond villains – Ernst Blofeld, Auric Goldfinger, Dr Julius No, and Sir Hugo Drax. Malek doesn’t quite reach these heights, but that’s because he doesn’t get much screen time.

This film walks a tightrope with grace: it wouldn’t be James Bond without fights, explosions, chases, exotic locations and the sense that every character has just stepped off a cat walk. And let’s face it, if he isn’t saving the entire world, we may feel a little short-changed.

But Craig’s Bond has also grown up – the OO agent is no longer Fleming’s mysteriously PTS-free cold-blooded killer.

Any misgivings about the navel-gazing nature of Bond today is washed out by spectacular production design, a snappy script and a wonderful supporting cast.

But best of all is how No Time To Die pokes fun at those ridiculous culture warriors who fantasise about the sexist days of Roger Moore’s Bond.