On our way to Wembley! 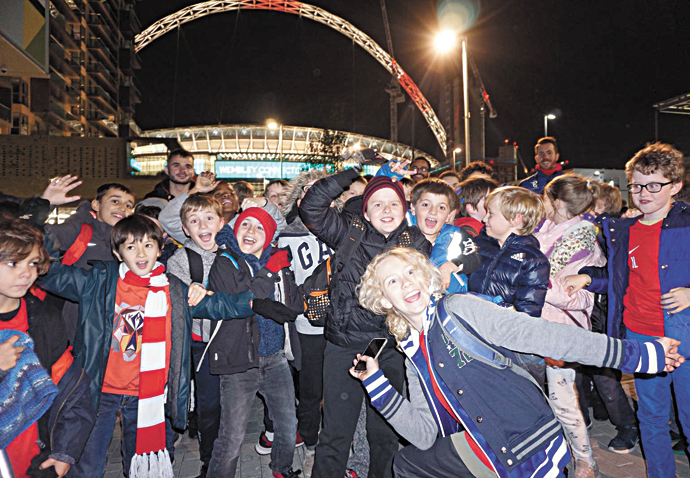 ASPIRING footballers from across Camden and Islington got the chance to experience the kind of atmosphere they hope to one day be playing in front of when they went to Wembley on Friday to see England play world champions Germany.

A group of more than 60 coaches, players and parents from Just Play FC waltzed up Wembley Way in excitement – many of them visiting the national stadium for the very first time.

There were no wild goal celebrations to enjoy as the game finished in a 0-0 stalemate, but the match did herald the international debuts of Chelsea midfielder Ruben Loftus-Cheek, Everton keeper Jordan Pickford, Liverpool defender Joe Gomez, Swansea striker Tammy Abraham and Burnley midfielder Jack Cork.

Despite the lack of net-bulging action, Just Play’s head coach, Matt Marriott, said that the club outing was a great experience for his young crop of future stars.

“Obviously it’s a bit disappointing that there were no goals, but there was a great atmosphere inside the stadium and everyone really enjoyed themselves,” he said.

“For some of the squad it was their very first trip to Wembley.

“We also got the chance to see a number of young players make their England debuts, which is the kind of thing that will inspire the players we have, who dream of one day turning professional, to keep working hard and chasing their dreams.”