Oliver Sacks: enlightening insight into the life of an extraordinary modern philosopher 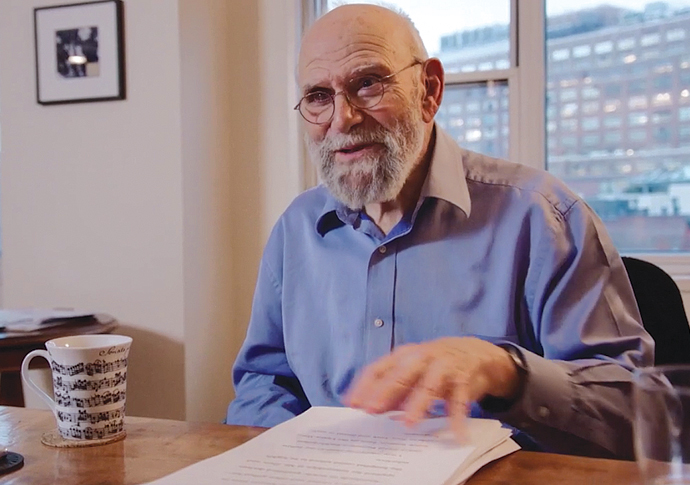 THE most important thing about being human, said neurologist and pop science writer Oliver Sacks, is our ability to connect with others.

A nice conclusion to have come to after many years of rigorous research and the application of medical science.

This documentary, filmed in 2015 and following Dr Sacks being told he had terminal cancer, takes the viewer on a biographical journey that reveals this extraordinary modern philosopher – and by considering truths about his life and work, creates an all-encompassing view of the human condition.

Sacks had recently completed his autobiography when he received the diagnosis, and Ric Burns is given the chance to explore his early days, including a childhood as the son of two respected GPs based in Golders Green.

Prompted partly by his intellectual restlessness and having to deal with others’ bigotry because of his sexuality, he moved to San Francisco as a young man, where he became a body builder and an amphetamine addict. He then trained as a neurologist – and went on to pen global bestselling books including The Man Who Mistook His Wife For A Hat, Awakenings, which studied the illness known as Sleeping Sickness, and The Ghost Disease, among many other accessible scientific titles.

Director Burns enjoys access to Sacks, his inner circle, and his papers. He uses these resources to create an enthralling portrait of one of the 20th century’s greatest medical philosophers.

Sacks’s approach to others, and what might be blandly described as his “bedside manner”, offer a vision of how to practice true empathy. Sacks was intrigued by what each person’s own experience is – and how important it is to understand what others are feeling.

Anyone who has read his books will also recognise that alongside his never-exhausted wonder, he finds humour in unexpected places.

To be able to access what is essentially a documentary-length lecture by Sacks – and is sadly his last – is an enlightening experience: he asks himself what life has meant to him, and how that links to a never-ceasing wonder at the natural world.

And there is a welcome cameo from a much-missed Camden Town face: Jonathan Miller is interviewed about his friend, and adds his thoughts in a typically Miller-esque way. This is enriching cinema.