Odds are stacked against gambling safely

OPINION: With football awash in betting, taking the same approach to cigarette advertising would make switching on the TV on a Sunday afternoon nicer for everyone 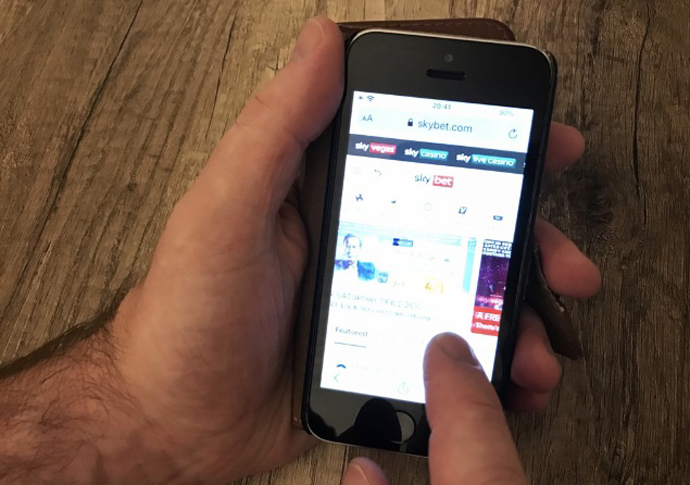 YOU wonder what younger Sky Sports viewers think about Paul Merson, beyond “who is this guy?”

When the channel sensibly dispensed of the roaring inanity of Phil Thompson and the Covid crusading of Matt Le Tissier recently, it decided to stick with “Merse”, despite a series of on-screen gaffes, mispronunciations and the moment his tooth popped out on live television.

Rattling off punditry from the top of his head has somehow created a cult following for a brand of everyman confusion. Sky liked his unassuming nature, where everything hard seemed simple and simple things were hard. He’s become the fall guy they don’t want to live without: the Joey from Friends, the Bernard Bresslaw of the operation, the Trigger. And yet, he was such an intelligent footballer, “the magic man”, a scorer of improbable goals.

My own favourite was away at Nottingham Forest. Rocastle slips in a pass that rolls just beyond him but he cups his foot around the ball and chips the keeper on the stretch. It was one from a gallery of picturebook goals.

I loved watching him play. Maybe he would’ve achieved more if he had not been overwhelmed by addiction. And that’s where we found him this week, having not only to be interviewed by GMB’s Richard Madeley – who doesn’t often sound like he understands things as complex as self-harming addiction – but to talk candidly about things he wished had never happened. He has revealed how he lost £7million to gambling and is still trying to move his family out of rented accommodation.

Some will think he’s a stupid sad sack, but do this for a test: check Twitter on a Saturday afternoon and you’ll find as much discussion about football odds than the football skills unfolding on the pitch. You’ll find people, often young men, strangely interested in the Czech league or the Swedish second division. Merson is simply a prominent face in an epidemic which has been allowed to simply spread and claim more victims.

Clubs have official betting partners, gambling firms sponsor shirts and – you can’t miss them – every football match on TV is bookended with endless promotions. Each advert comes with a hopeless plea to stay safe.

The Sky Sports pundits will say all this, and then throw some Sky Bet offers out there. It’s greasy.

It wouldn’t solve everything and it would probably not have saved Merson, who was gambling with huge figures before it was too easy to do with a click of a mouse, but taking the same approach to cigarette advertising would make switching on the TV on a Sunday afternoon nicer for everyone, and kinder to those trying to recover.