Ocado fight on in depot row 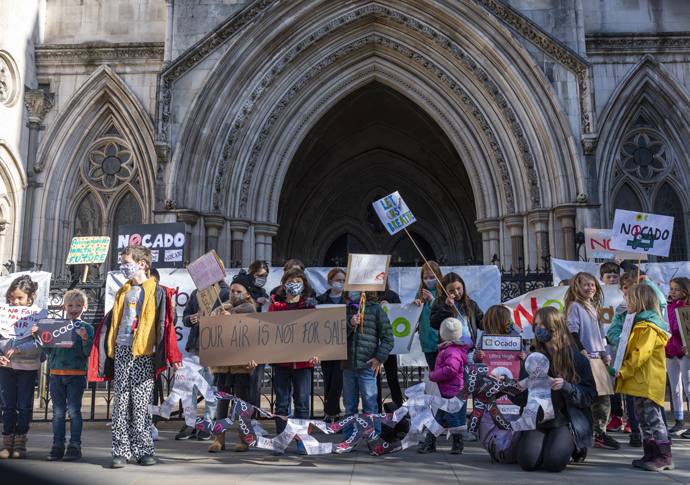 CAMPAIGNERS are hotly contesting yet another bid by an online delivery giant to build a distribution centre next to a primary school in Tufnell Park.

A High Court hearing in June ruled that the council’s revocation of Ocado’s certificate of lawfulness should be upheld.

The company appealed the decision but last week saw it refused by the court.

Islington had revoked a licence for the site, claiming there had not been clear information about what it would be used for.

But Ocado are showing no signs of backing down and have applied for another certificate of lawfulness at the council, where the planning authority decides whether proposed works need planning permission.

Ocado originally said they would send in a formal planning application.

Andy Grieve, from campaign group NOcado, said: “Behind Ocado’s brightly coloured vans lies a company with a dark heart. Their switch to a CLEUD [Certificate of Lawful Existing Use or Development] is the latest in a long line of broken promises and half-truths. Islington must not let this corporate bully anywhere near our children.”

Natasha Cox, also from NOcado, said: “We are very disappointed that Ocado have applied for a CLEUD yet again, despite saying they would be putting in a planning application. Of course, if they did put in a planning application they would need to show impact assessments on air quality, traffic, noise and light pollution, etc, and this would show exactly why adjacent to a primary school in a residential area isn’t a suitable location for this kind of intensive use.”

It follows three years of campaigning by primary school parents and nearby residents close to Yerbury Primary School.

They argue the construction of Ocado’s distribution centre would be damaging to children’s health and cause air pollution. Ocado had originally planned for a diesel generator, fuel pumps and tanks for vehicles – then later said it would only use electric vans, but this failed to convince campaigners opposed to the proposals.

In 2019 the council had granted property company Telereal Trillium a lawful development certificate for the site, but it argued the company had withheld information over the nature of the plans for the depot.

The certificate application will be decided within eight weeks and residents have until October 31 to object.

Ocado said in a statement: “Our proposals for the Bush Industrial Estate are to build the greenest and quietest grocery facility in the UK, with a 100 per cent electric van fleet, while creating 250 jobs for the local economy.

“We remain committed to the Islington community, where we delivered to one in six households in 2020. We will continue to look at how we can deliver an even better service to the borough while also significantly reducing our emissions.”