Novelist: ‘Teachers made my life richer’

Peter Gruner talks to author Susie Boyt about her latest novel... and how staff at Camden School for Girls inspired her 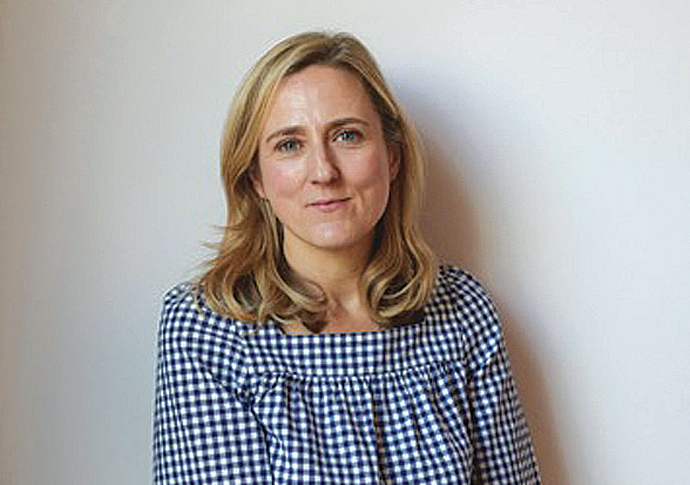 A LEADING novelist, who has written a highly praised new book about a fraught mother and daughter relationship, has thanked Camden School for Girls for helping to inspire her writing.

Boyt is a director at the Hampstead Theatre, daughter of artist Lucian Freud and the great granddaughter of founder of psychoanalysis Sigmund Freud.

Her sensitive and moving book includes some sardonic humour, such as describing the Elvis Presley song Always On My Mind as him “droning on about missed opportunities”. That even managed to bring a smile and a small tear of recognition to this old reviewer.

The story begins with a moment of truth on a bench in Regent’s Park. A young woman, Eleanor, in her 20s, from Holloway, who leads a fairly unsavoury life, informs her mother, Ruth, who she normally barely talks to, that she is pregnant.

Ruth, a caring middle-aged schoolteacher, can never say or do the right thing as far as her daughter Eleanor is concerned. Ruth is a big fan of Jane Austen but describes where she lives in Finsbury Park as “not very bonnety”. She is the book’s narrator and is delighted that Eleanor is to have a baby girl.

Yet Eleanor, like her live-in boyfriend Ben, has no job, hangs out with “street people” who beg for money and indulges heavily in drink and drugs.

Ruth obviously adores her daughter but it is difficult to get a kind word out of Eleanor for her mother.

“Once or twice it seemed as though Eleanor was on the verge of telling me some caustic home truth, scythe-mouth narrowing against me,” Boyt writes.

We learn that Eleanor’s hostility against her mum began aged 13. Just one year before Eleanor was a sweet girl who doted on her mother.

Poor Ruth. In between school and marking she desperately tries to care for the wayward daughter. She is reduced to tears when one day her best friend recounts seeing Eleanor looking wretched outside a Tube station with the group of young people and a sign asking for money. Ruth’s friend notices Eleanor’s hair is “thin and stringy and rather sad-looking, and you could see the pink of her scalp”. She gives Eleanor £10 and a kiss on the forehead.

Within months of baby Lily’s birth Ruth takes her off the couple’s hands for a week or two to allow them to get their lives better organised. She also raises £4,000 for the couple by selling a Sickert painting.

When Ruth returns to Eleanor’s top-floor flat with a view to handing Lily back she becomes worried by the mess, old teabags, rotten food, fag ends, a burnt spoon, and the fact that a strange person appears to be lying under coats in the bedroom. When it is time to go Ben asks if Ruth is going to take Lily. She decides it would be a good idea.

In fact she keeps Lily for a lot longer and the two form a very close and loving bond.

Men do not excel themselves in this book although there is a nice vicar. Ruth’s former partner Luke – Eleanor’s father – had moved out long ago.

“He valued his privacy so much he didn’t even like being asked how he was,” Boyt writes.

Eleanor’s boyfriend Ben, father of baby Lily, is about to go into rehab following a court case involving chequebook fraud.

Lily, aged five, is still living with Ruth when Ben’s mother, who has shown little interest in her grandchild before, enters the scene following the fraud case. She telephones, “speaks grandly” to Ruth, as though dealing with a “guttersnipe from a great height.”

Ben’s mum decides that the fraud case is “nothing serious”. However, Eleanor is not to contact Ben: “She’s not to telephone, visit or write. If this is to work, he’s going to need to make a new life for himself. Change his cast of friends entirely.”

There’s a lot more pain and anguish to come. But there are also good things in the novel like Lena’s family kebab house in Finsbury Park. It is the perfect place to go after a day of upset.

“Lena was standing in the doorway, protective, benevolent. I let her envelop me. I breathed her in, charred meat, rose water, oregano, and freckled pillow flesh. I had the sense I was forgiven.”

Boyt names two teachers in particular from CSG Sixth Form that put her on the road of writing. “It was a wonderful experience and I was very inspired by the English teachers I had there. Mrs Richards and Mrs Strickland really helped me to get better at thinking.

“They treated us pupils as equals, which made everyone blossom. Somehow the way they taught us to study books made my life richer. They were a tremendous team and I slightly had them in mind with teachers in the book.”

Boyt has written seven novels since leaving university. Her advice to young people starting out as novelists is to try and keep the pressure off.

“There’s so much talk now about being results oriented. But when you first start you should approach writing with an element of play.

“Keep on opening ideas until you have to narrow it down.”

A good read, a sad and fascinating novel and one that will resonate with many.