MEMBERS from Camden Swiss Cottage achieved an impressive third-place finish in the National Arena Swimming League B final, which was held at Cardiff’s International Pool.

More than 400 swimming clubs from England and Wales participated in the first three rounds of the National Arena Swimming League, with the top 20 clubs then being invited to attend the showpiece final on April 21.

Gaining maximum points on the day for Camden was Nick Finch, 12, who won the boys’ 12 and under 50m butterfly in 31.47 seconds. 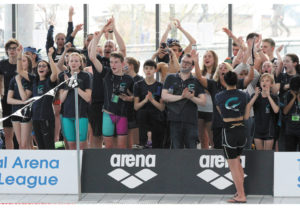 Ella McEver earned second spot in the girls’ 14 and under 100m breaststroke with her time of 1.18.39. Club-mate Anna Podurgiel also finished second, completing the girls’ 16 and under 100m freestyle in 1.00.16. The 12 and under medley relay team of Nick Finch, Lucas Bohm, Nikita Markov and Haziq Kyril also added to the points haul with a strong second-place finish. 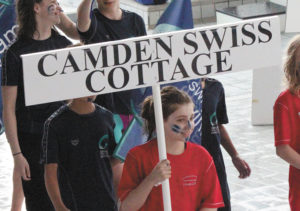 New head coach, Adam Taylor, said he was extremely proud of his squad after the race day.

“The trip to Cardiff turned out to be a fantastic day of excitement, and the team performance reflected how well the swimmers came together and delivered when it mattered most,” he said.

“We were well supported from start to finish and executed our race skills professionally. To finish third shows the quality of the work being done at Camden – long may it continue.”