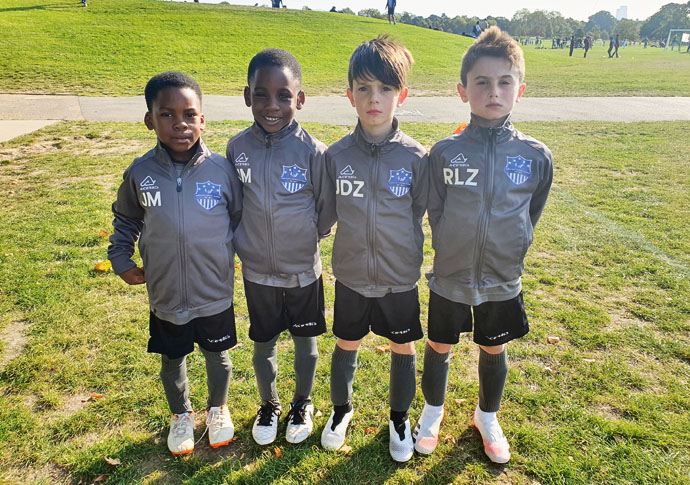 A TOP youth football club has done the double, double by naming not one, but two sets of twins in their starting line-up this season.

Jorim and Jotham Malundama, and Jake Dov Zidel and his brother Reis Lev have helped North West Academy Under-7s get off to a flying start in the Regent’s Park Youth League.

And while results are not recorded and league tables not kept in their age group, the boys have put the wins in twins, with North West clinching victories in all seven of the friendly matches that they have played so far this term.

“Would you believe that in each set of twins there is one right-footed player and one left-footed player,” explained head coach Peter Chapman. “It’s a manager’s dream.

“The balance they bring to the team is phenomenal.

“One set of twins play as wing-backs, and the other as wingers, and throughout a game they will all constantly switch and rotate. It’s amazing.” 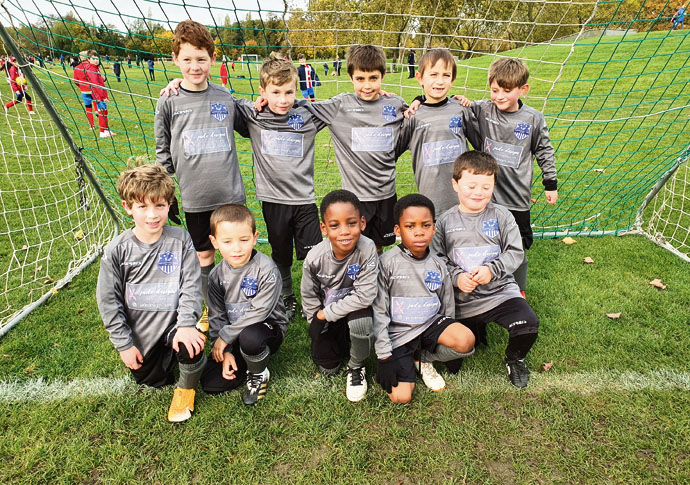 Peter, who has been coaching youth football teams for almost 30 years, says he’s never seen anything like it in all his time in football.

He added: “It’s got to be rare. I’ve never come across a team that has two sets of twins in a line-up before. I’m not saying there isn’t another team that has had such a unique line-up, just that I’ve never seen it.

“The best thing is all the boys really support each other. The competition between them is very positive, they are driving each other on to become better footballers.”

With six members from their Under-7s squad also training at development centres with Premier League clubs, Peter insists he and his team of coaches take their role very seriously.

“All of our coaches understand it’s a big responsibility to work with aspiring young footballers,” he said. “All players dream of making it in the Premier League. And while only a tiny percentage actually succeed, it’s our job to create the right environment to give each and every single one of them the very best chance to do so.

“We want to help their early development, and make sure every player fully understands the role and responsibilities they have within their team, while making football fun at the same time.

“As well as developing, it’s very important that all the kids enjoy themselves, too.”