No, we are not nearly there yet, but you can wee in this… 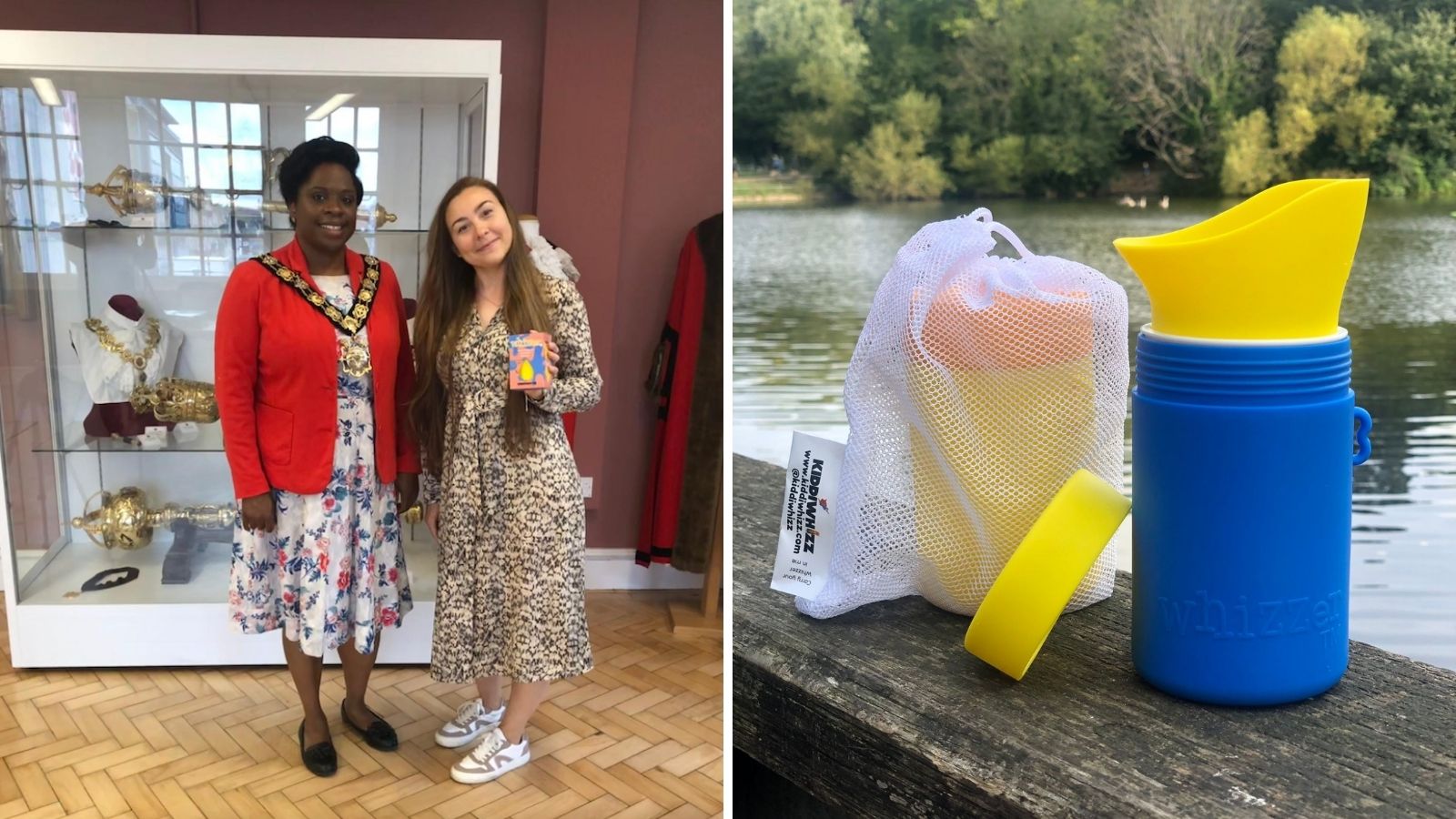 A SINGLE parent who went to a council-run business school is up for an award after bringing one of her inventions to life.

Zoe Chapman, now 36, designed the Whizzer portable toilet for children that is launching on Amazon this week. The silicone product is aimed at helping parents with kids who cannot find a public toilet.

Ms Chapman said: “Every­one knows what it’s like on a long car journey, or in a queue, when you can’t find a toilet, it’s a common parent problem. Until now – there hasn’t been some­thing like this on the market.

“It also helps with potty training. I hated lugging around a potty with my son. I found it quite embarras­sing and inconvenient.”

Ms Chapman grew up off Agar Grove in Camden Town and now lives in a council flat in Ferdinand Street, Chalk Farm.

She went to New End and Parliament Hill schools.

“It was a bloody miracle I got my GCSEs as I was living in a hostel and homeless at 16,” she said. “I was in a terrible place off the Finchley Road. I used to go to LaSWAP as an escape from it.

“After that I went to Westminster University and did a computer science degree, specialising in product design. Fifteen years on, I’ve brought one of my inventions to life.”

Ms Chapman said adults could use her product, adding:  “You can use it anywhere. It’s made from silicone, so it helps with all that plastic waste from people buying potties. It has a detachable spout and the silicone moulds around the child’s body.”

Ms Chapman went to a summer business school run by Camden Council and is now used in the Town Hall’s promotional material. Following success of her Kiddiwhizz company and the Whizzer, she has now been shortlisted for a Female Start Up of the Year award.