Nicholas Wood, architect with a foot in the future… and in the past

He worked in Baghdad, and having made friends and seen life in Iraq close up, he was disgusted by the 2003 war and campaigned against it. 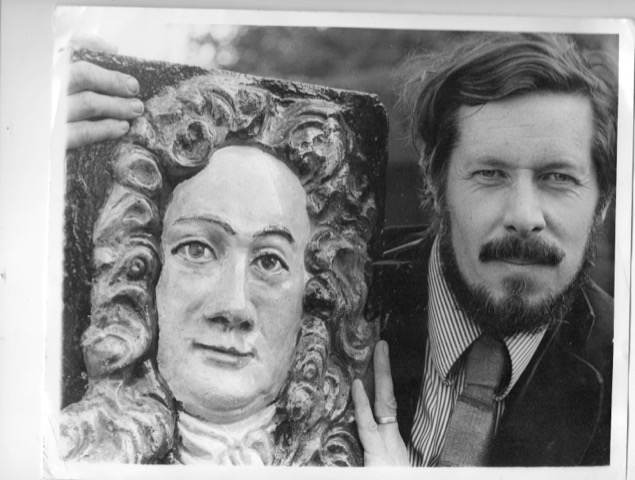 WHEN Nicholas Wood, who has died aged 83, stood in the dust of Pompeii, he used his experience as an architect to know exactly where he should put his trowel.

Nick was working for the British School in Rome and had travelled to the volcano site to help with excavations.

He knew what he was looking for, and unearthed crucial parts of a building known as the House of the Tragic Poet. It was but one of a huge number of adventures Nick embarked on.

Nick was born in Maidenhead in 1938. His father, Leslie, was an architect and joined the fire service. During the Blitz, he stood on the roof of St Paul’s Cathedral and removed live bombs.

After the war, the family moved to Gower Street, which gave Nick easy access to the British Museum.

Nick was taught at University College School, and then won a place at St John’s Cambridge to study architecture. After earning three firsts, he was awarded a scholarship to travel across Europe.

Packing a rucksack with arts materials, he painted and drew as he went.

He had met his wife, Sara, when the pair competed in an Oxford vs Cambridge punting race, a comic alternative to the famous rowing contest.

Nick was Cambridge’s best punter, and further impressed Sara – a PPE undergraduate at Oxford – by cycling all the way from Cambridge to her digs in a women-only convent.

He slept hidden under her bed, though in the morning Sara came clean to one friendly nun, who calmly enquired whether the young man would like breakfast.

After marrying in 1963, they moved into Gloucester Crescent, Camden Town. Nick worked as an architect with the London County Council.

It gave him the chance to put his political principles and design ethos into practice. Nick saw social housing as a challenge to produce the very best homes.

He rallied against high-rise blocks, designing estates with similar densities but low rise and with more open space.

His work in Wandsworth is celebrated today. By now, the Woods had moved to South Hill Park Gardens, Hampstead, and had four children. 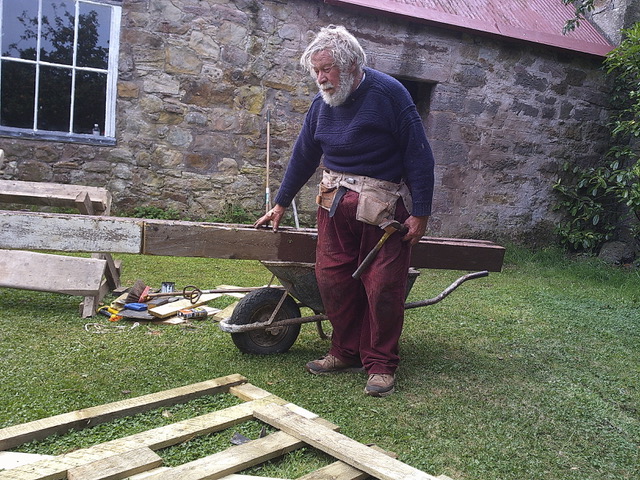 After the GLC was scrapped, new opportunities took him to Saudi Arabia, where he restored the ancient capital of Diriyah, researching original building techniques. He also restored the famous groves of Wadi Hanifa. Both became World Heritage Sites.

He worked in Baghdad, and having made friends and seen life in Iraq close up, he was disgusted by the 2003 war and campaigned against it.

Nick had a long-standing interest in archaeology. He trained under Sir Mortimer Wheeler.

Nick invented an underwater sketch pad using Formica, completing a survey of the sunken Roman harbour of Apollonia, off the Libyan coast. He led numerous Roman harbour surveys, before heading to Pompeii where he helped uncover the secrets of the House of the Tragic Poet – the subject of a book he would write with Sara.

Nick’s love of sailing led him to build a boat, with his front room the shipyard. The frame was nailed to floorboards and boiling kettles used to shape the hull. Sara recalls having to crawl under the boat to serve food.

His socialist beliefs were central. He made a film with Tony Benn about Afghanistan, and wrote a book on the Iraq War. An internationalist and anti-militarist, he marched with CND on the first ever demonstration to Aldermaston missile base.

Issues close to home mattered – HS2 exercised him – he showed how the route could go to St Pancras at a much lower cost and with better onward connections. He saw HS2 as a cynical land grab around Euston.

Nick is survived by Sara, four children and three grandchildren.