Those protesting against the Newbury bypass may have lost the battle, but they won the war, Highgate documentary-maker Jamie Lowe tells Dan Carrier 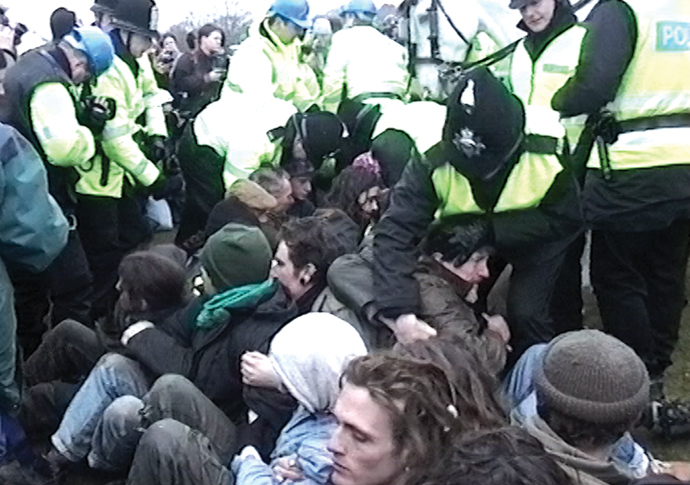 THE ancient oak had stood in a Berkshire field for centuries – long enough to have provided shelter for soldiers fighting a battle in the English Civil War.

But in 1996, a road contractor acting on the command of the Conservative government took a chainsaw to its trunk. It was one of 10,000 trees lost to build the Newbury bypass, a dual carriageway designed to take lorries out of small town streets as they headed to Portsmouth and Southampton.

It has not, as time has proven, alleviated traffic issues – but the fight to stop it has gone down in protest folklore. Now Highgate-based documentary-maker Jamie Lowe has created an extraordinary documentary featuring footage shot at the time and interviews with those who played a role in the campaign. 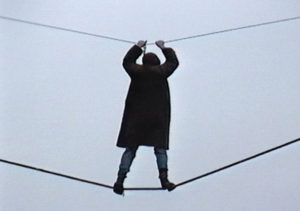 “I was fresh out of school,” says the film-maker. “I was drawn towards making documentaries.”

He had covered the M11 extension in Leyton and the campaign against the Criminal Justice Act. Newbury was a natural place to go next.

“It really got me,” he recalls. “It felt so inherently wrong. I had been politicised by what I had seen.”

He headed to Berkshire to capture on camera what became known as the Third Battle of Newbury. It was to become a seminal moment in road protests, a direct-action campaign that is now considered to be the most successful revolutionary movement in Western Europe in the second half of the 20th century and was a key victory for those trying to persuade the government to look at transport issues in a new way.

At the time, other protests were taking place: a similar scheme at Twyford Down in Hampshire had attracted attention, while two decades of Conservative rule had prompted the creation of a network of interest groups. 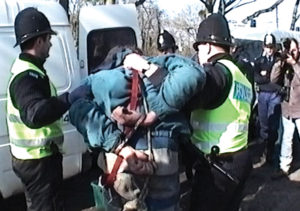 “By not being an activist, not charging at the lines of security, I was able to remain on the outside and keep filming,” he says. “I made sure I was always polite to the police and didn’t get arrested – but sometimes you would see something so awful, so unfair.”

Going there to bear witness meant he had to win the confidence of those he was documenting.

“I got treated with some suspicion when I arrived with a camera. There was some scepticism as to what I was doing,” he remembers. “I didn’t live there, but I would come down and capture as much as I could. Some protesters trusted me, so I was accepted at a certain level.

“I was not a campaigner in the same way they were, but a video activist.”

The protests started in earnest in January 1996, and the evictions began taking place in March. The contractors knew they had destroy the woods before the nesting season started and the evictions were not going to be gentle.

Newbury cost at least £5m to police – with a further £30m spent on security. Campaigners created more than 20 camps, from tree houses to tunnels. And, as Jamie reveals, what was so striking was the extra-judicial behaviour of the those building the road. Private security teams were brought in to clear protesters, often resorting to violent tactics. Police stood by, acting to “keep the peace” – but allowing the legal rights of many to be ignored. 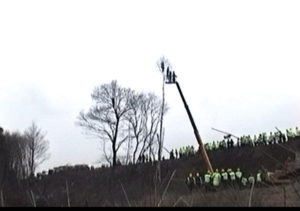 “Much of it was underhand,” he says. “There were walkways in the trees dangerously cut in the middle of the night by people dressed in black.”

There was, he says, intimidation and harassment, assaults and dangerous practices. As Jamie recalls: “It was scary – they went beyond the law.”

His research got many protest veterans to look back at what they went through.

“Many did not like to speak about what happened and still felt traumatised by the events,” he says.

“There had been a lot of fear. Today, you suspect, the protesters would win hands down, with social media, video. The security would not be able to get away with what they did.”

But he adds many police officers were sympathetic.

“They could be nice,” he says. “Sometimes, after they had taken someone away to a van, they’d give them a cup of tea, let them go and say: please don’t get arrested today.”

Newbury residents, who had been sold the idea it would solve traffic problems, also supported the campaign.

“Local people became radicalised. They got involved. They’d see the news and say: that’s not what happened there today.”

Looking back, he feels a sense that while the destruction was not stopped – the film has heart-breaking moments as ancient trees are felled – it carries a message that campaigners today can take heart from.

“Many will say: yes, but they still built the road,” says Jamie.

“However, they lost the battle but won the war. Their radical aims were comprehensively achieved. A central component of government policy was wholly reversed.”

And the film has extraordinary power.

“I felt there would be just be news reports left in 20 years’ time,” he says. “I wanted to collate caches of footage so it wasn’t lost. People might say it is not an unbiased documentary, but my point was to call it Tales of Resistance – and tell the story of how the people there saw it.”

• The film can be seen at: www.newburybypassfilm.info/