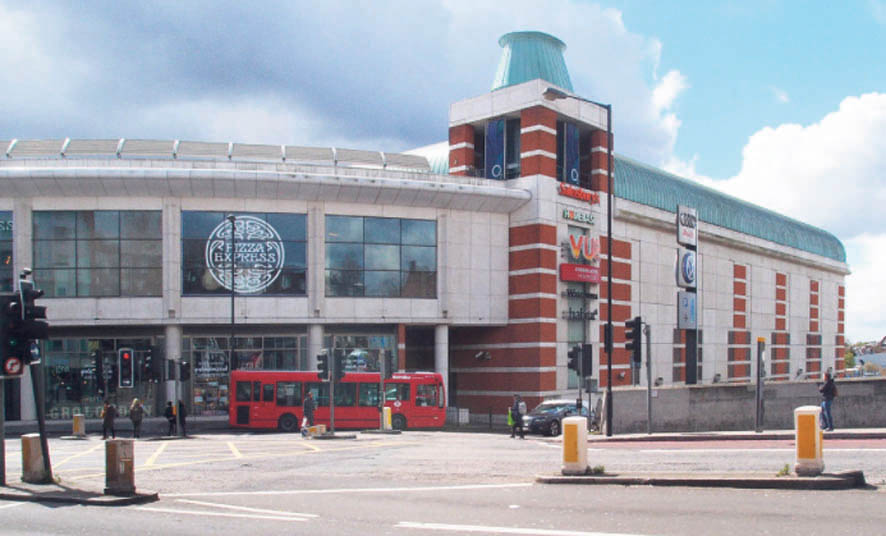 The 02 Centre is set to be demolished

TOWN Hall chiefs were told not to roll over to the 02 Centre’s developer and allow “alien” tower blocks to dominate the West Hampstead skyline.

Residents say the council needs to toughen-up its guidelines now before Land Securities submits its first planning application for the 5.6 hectare site spanning the 1990s-built shopping complex in Finchley Road, the Sainsbury car park, Homebase and the car showrooms off West End Lane.

The New Journal revealed last year that the shopping centre would be bulldozed.

Worried residents said they had are concerns that planning chiefs will, when an application is submitted later this year, be left waving through the biggest possible scheme.

In a deputation to Monday’s full council meeting, Brigid Shaughnessy, chair of the West Hampstead Gardens and Residents Association, told the meeting: “Camden Council seems to be trying to meet all its housing needs in West Hampstead.

“What we are worried about is, are Camden doing their duty here? We have taken a lot of development. We are now about to be overwhelmed if this development is maintained.”

In the last ten years, the council has approved major housing schemes at  “West Hampstead Square”, Iverson Road and Liddell Road. The former Travis Perkins site has recently been demolished ahead of another massive housing project.

In 2020, residents were consulted on specific planning guidance that 950 homes could be built on the 02 car park site.

Land Securities is now aiming to build 1,900 homes on a far bigger patch of land which includes the entire shopping centre, including the popular big Sainsbury’s, Waterstones, gym and cinema.

Nancy Mayo, secretary of the Redington Road and Frognal Forum (Redfrog), called for a fresh round of consultation following the change in strategy, adding: “It just seems to be complete overdevelopment. Tower blocks in a local neighbourhood are completely alien.”

Swiss Cottage ward councillor Nayra Bello O’Shanahan said: “There is increasing evidence that high buildings are less sustainable and have negative impact of those people living there.”

However, fellow Labour councillor Lazzaro Pietragnoli, who sits on the planning committee, warned: “Sometimes more consultation and engagement means endless discussions. In this specific case, the risk is that we have another six months of discussions, the 02 application which is at the moment under review by the officers will is going to go ahead regardless of the allocation for the site.”

Conservative group leader Councillor Oliver Cooper, who had said Camden’s Local Plan should be updated to stop over development across the borough, told the meeting: “My understanding is that the local plan gives permission in principle to the development we have been talking about.”

Thew Town Hall’s regeneration chief Cllr Danny Beales said: “The future of this development is not settled. There is no sense permission in principle.  Decisions will be made by this council and the future planning committee.

“The original proposal was just the car park. We are now looking at the 02 Centre, the car park, the car showrooms etc. In a sense the size of the site being looked at has doubled, it is not we are doubling the density of what’s being proposed.

“We are in no way seeking to put all of our housing in West Hampstead. Are target is 1000 homes a year and this is certainly in no way near that.”

Land Sec is expected to submit its first application to redevelop the 02 Centre by the end of the year.