New mural to make sure Calvin Bungisa is never forgotten

Killers have not been caught 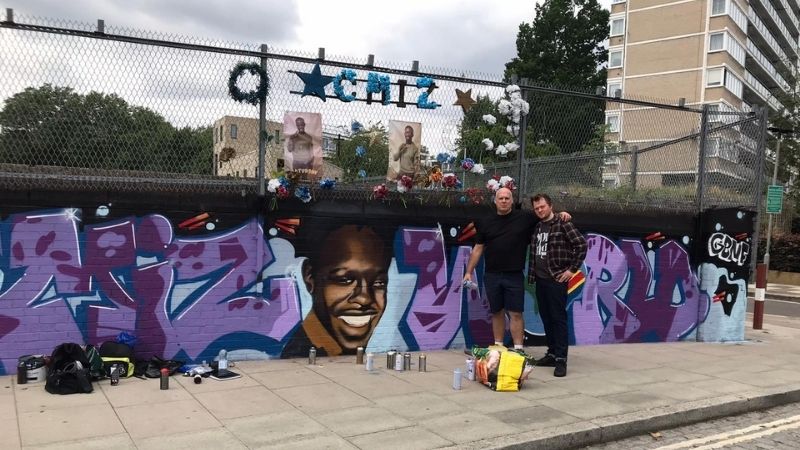 Gus Martin and Terry Ellis at the new mural

A MEMORIAL for a young man killed in a knife ambush has been revamped with new artwork in a bid to make sure his life is remembered.

In an unsolved murder dating back to April 2019, Calvin Bungisa, 22, died after being attacked in Grafton Road by masked killers.

Detectives have been unable to bring anybody to face a court despite several appeals for help.

The new mural is close to the scene and organised by community campaigner Terry Ellis, who famously turned his back on his own life of crime, and friend Gus Martin.

Mr Ellis said the painting was to “show what he was like, always laughing, and how quickly that can be taken away”. 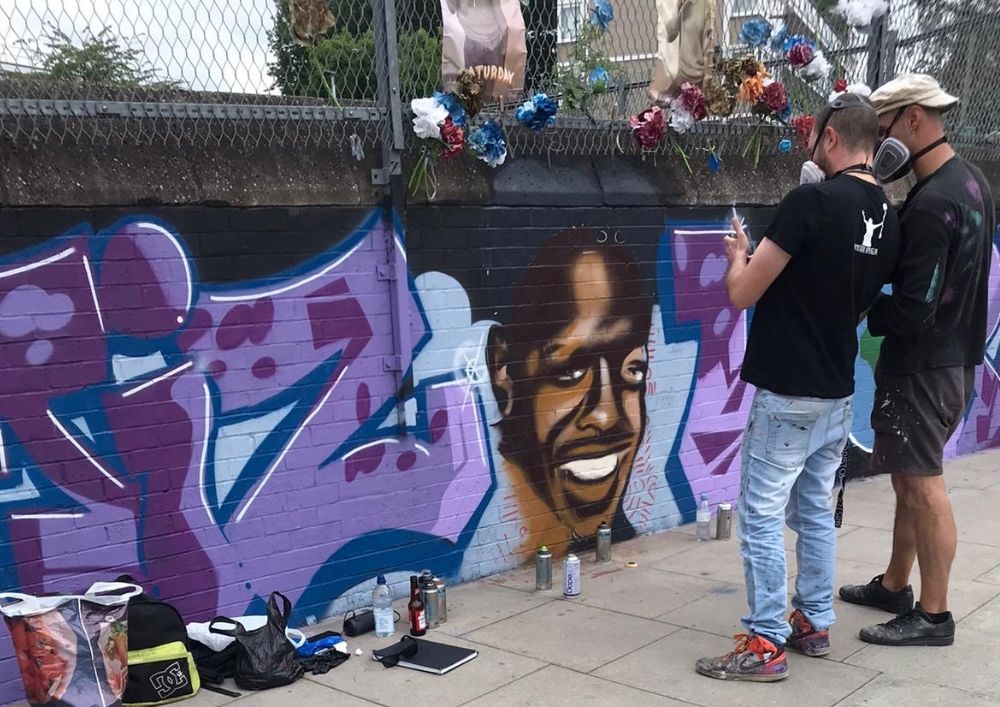 Work on the painting and, below, Calvin Bungisa

He added that he hoped “the more people that see the memorial, the more likely it is they’ll realise the damage knives can do, and decide not to carry them”.

Several of Mr Bungisa’s friends and family stopped by to give their input, said Mr Ellis.

Piles of flowers and candles remain by the mural, showing, and Mr Ellis said this showed “how much he is missed.”

He added he had received requests for similar murals from the mothers of teenagers and other young men who have been killed in London.
“In every area, there’s a group who want to honour their children,” he said.