Netball star Kira is on road to the top 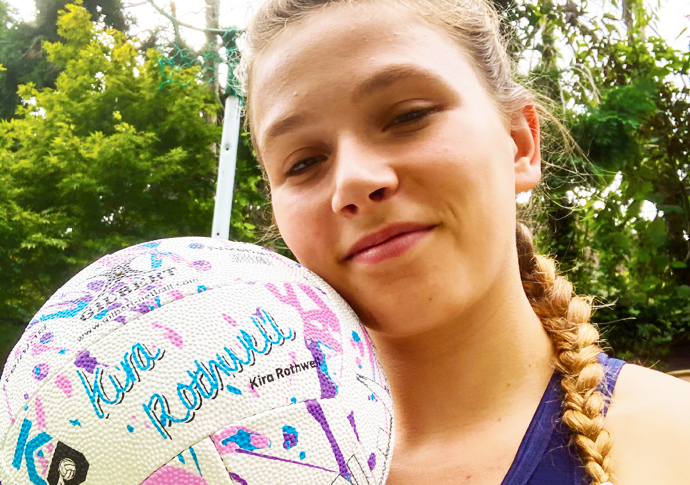 SHARPSHOOTER Kira Rothwell has taken the phrase “on the ball” to new heights by launching her own signature netball.

The goal attack, who lives in Highgate, enjoyed a stellar season with London Pulse in the Vitality Netball Superleague – sinking 82 of her 94 shots.

And if that wasn’t reason enough to smile, the 20-year-old’s summer has now taken a “surreal” twist after she was approached by a sports equipment manufacturer.

“I’ve been an ambassador for Gilbert for three years, and they asked me if I wanted to design my own netball,” explained Kira. “The colours represent all the clubs that I have played for: AP Saints, Cumberland and London Pulse. And I also wanted it to represent where I’m from, so there’s a ‘London Borough of Camden’ street sign with my name in it.

“And it also has an outline of the London skyline.

“It’s really cool. I coach kids’ camps, and when I see a kid with my ball it’s really surreal.”

Along with playing for London Pulse, Kira is also part of the Roses Futures programme – a squad for emerging young players being trained to hopefully push on and star in the England first-team. 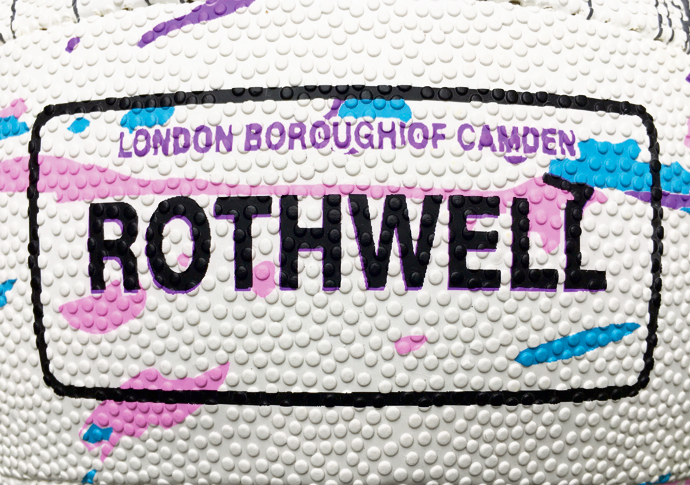 However, despite having the talent and motivation to reach the very top, Kira was still surprised to earn a series of starts in the Superleague.

“I’ve been practising really hard, and am really happy with my shooting,” said Kira. “But we have two specialist internationals in the team so I really wasn’t expecting to be starting. It felt amazing, I can feel myself learning on the job.”

Kira more than held her own as she helped London Pulse qualify for the British Fast5 All-Stars Championships, set to be held in October, coincidently at Pulse’s Copper Box Arena home at the Olympic Park.

It offers a quicker and shorter form of the sport, including 12-minute matches and multiple points shots. It’s also five-a-side instead of seven.

Kira added: “I’m so excited, it’s the first time that London Pulse have qualified for the competition. I love it because in this format you can get two points for scoring goals outside the shooting circle, which in the seven-a-side game you’re not allowed to do.

“It gives me a whole new skill to learn.”

But while Kira is conquering challenges on the court, they are nothing compared to what she has had to deal with off it.

“My grandma died right before Christmas with Covid. Her illness escalated in just 48 hours,” she said. “During lockdown me and my sister would go and visit her at her flat in Highgate and she would be on the balcony, while we would sit in the gardens chatting to her.

“I’ve always been the type to put on a brave face, and I thought I was fine. But then I’d suddenly have spells where I felt like I wanted to be sick.

“You don’t realise how hard something like that will hit you until you go through it. And then my mum caught Covid, so we all had to isolate over Christmas. It was tough.”

Netball and training no doubt proved welcome distractions during such a difficult time. But over the summer Kira has had to put the sport that she loves on hold because of injury. She was diagnosed with Freiberg’s disease, a rare condition that primarily affects the metatarsals – making the toes or the ball of the foot weak and causing fractures.

Now, with a return to action looming, Kira said: “It has been really frustrating. I thought I would be back a lot sooner, but

I hope to be back in training in the next few weeks, in time for the Superleague pre-season and what the rest of the international season has to offer.”

• Anyone interested in buying Kira’s new netball can visit: https://www.gilbert-netball.com/products/kira-rothwell-signature-netball