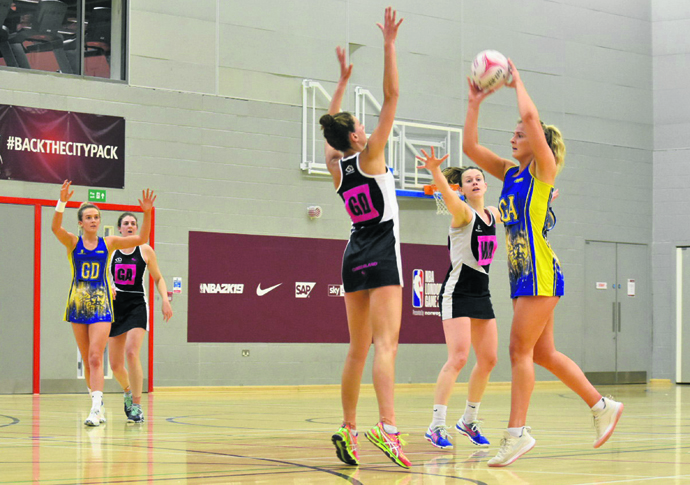 IT proved an historic weekend for Cumberland Netball Club after they secured promotion to Division One of the England Netball Premier League for the first time in the club’s history.

The Islington-based side are going up in style yet again as they celebrate back-to-back promotions with a game to spare. In their last two outings on their home court at CitySport in Goswell Road, Bunhill, Cumberland have been in unstoppable form, beating Team Bath Toucans 70-42 and Telstars 57-41.

Coach Polini Langi praised the “epic team performances”, singling out Michelle Massarany, who put in storming displays at goal defence in her final outings before going on maternity leave. “She put outstanding defensive pressure on both teams in her final game of the season, making relentless interceptions,” said Langi.

At the other end of the court, England Under-19s and Super League London Pulse shooter Kira Rothwell has been another of the star performers who have helped Cumberland net promotion. Cumberland will wrap up their season with another home game, taking on Linden on Sunday, March 24.