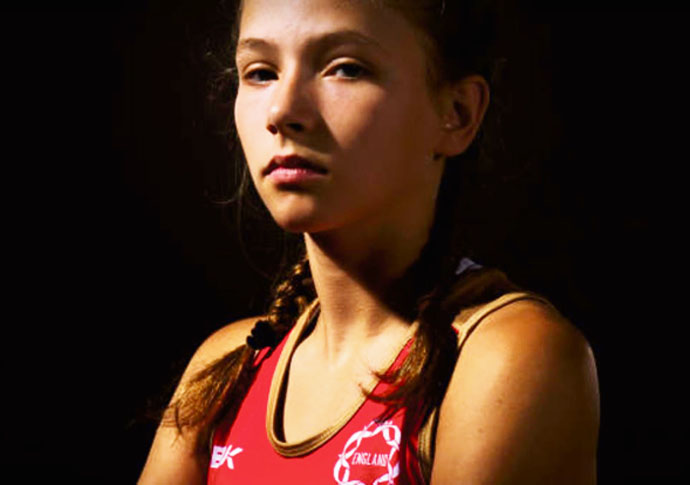 Kira Rothwell has been named in the England Under-19s squad that will tour Australia over the summer. Photo: England Netball

RISING netball star Kira Rothwell has been named in the England Under-19s squad ahead of their summer tour of Australia.

Kira, who grew up in Holloway and now lives in Highgate, has been playing for Cumberland Netball Club’s Prem team for two seasons and was a core part of their successful squad who recently secured promotion into Division Two of the Mizuno National Premier League.

The delighted 17-year-old said: “I’m incredibly excited to be representing England and touring Australia. Being part of the Cumberland team set-up has been great for my development, I want to thank everyone for their amazing support. And I also want to thank my biggest cheerleader – my dad.

Kira will be playing in a number of matches for England Under-19s against their Australian counterparts in Canberra between July 2 and 14.

Proud dad Paul hinted that his luggage might just include some pom-poms. He said: “Watching Kira work hard to get to this level has made me an immensely proud dad. Looks like I’ll be taking my cheerleading down under.”

Cumberland Prem head coach, Polini Langi, shared in the excitement of seeing one of her star players picked to represent her country. She said: “Words can’t describe how happy I am for Kira, she is an exceptional talent, extremely hard-working, an incredible team player and a delight to coach. And, despite all of this, she is hugely modest.
“She is an impressive role model for younger netball players coming through.