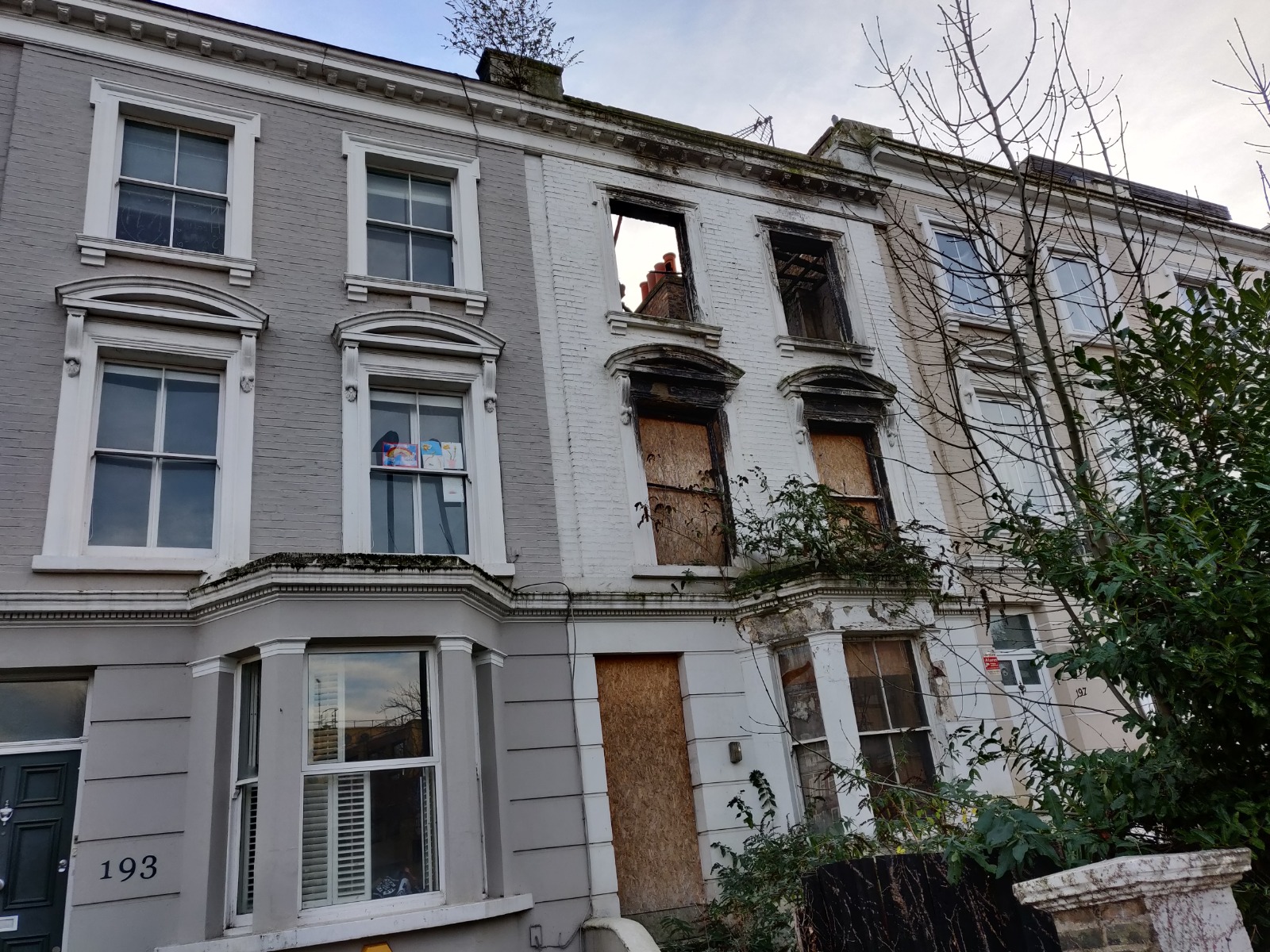 The house, now boarded up, is deemed a “dangerous structure”

FAMILIES living next door to a burnt-out house have criticised Camden Council for a “lack of action” in dealing with what was labelled a dangerous structure almost four years ago.

The terraced home in Prince of Wales Road, Chalk Farm, was wrecked by a blaze. Later a man was found guilty of using several gallons of petrol to try and burn his own property.

No one took responsibility for securing the house back in January 2017, and weeks later it went up in flames again after being targeted in an unrelated arson attack.

It remains derelict and, as it has no roof, is open to the elements.

Neighbours say this has left their own homes cold and damp.

Alex Frazier, 46, who lives next door in an upstairs leasehold flat with her partner and their two young children, said: “Me and the children were in bed the night the first fire happened, my partner had gone out for drinks after work and had come back and seen the fire and woke us up. It was terrifying. 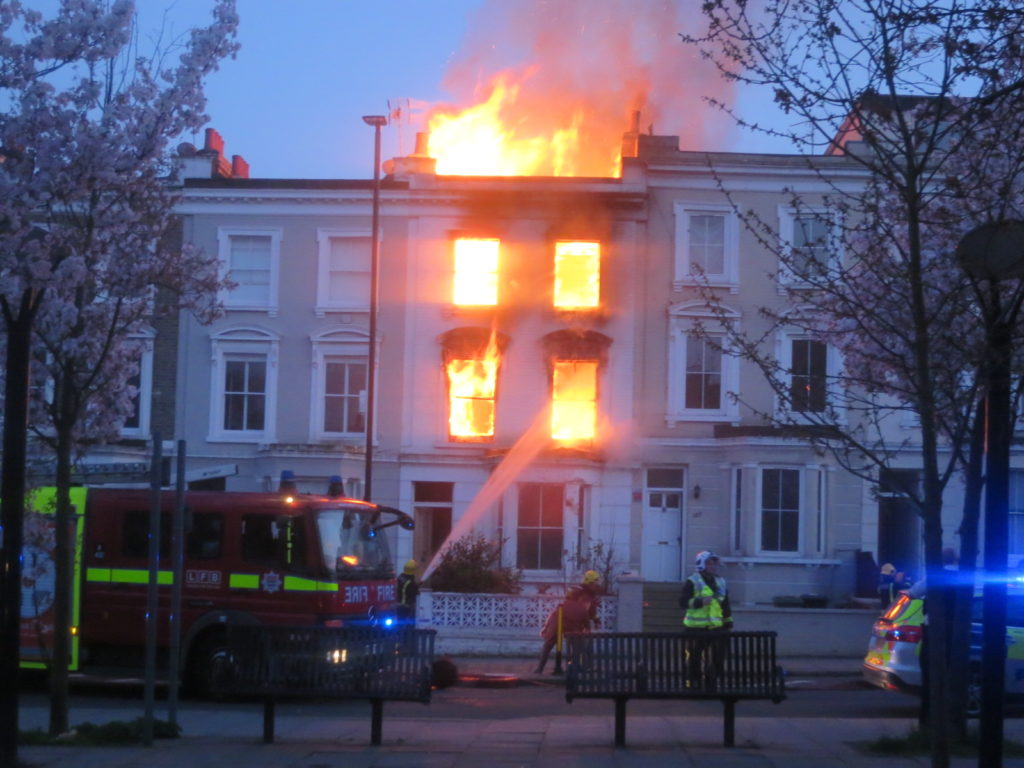 “It’s been four years now and nothing has been done. We dealt with the smoke damage but we’re now subject to cold and damp problems because what used to be our internal wall is now an external wall.

“The house is a shell with no roof on top, so you can just imagine how open to the elements it is. There’s even pigeons living inside.”

The fire set in motion what the neighbours described as a bureaucratic “nightmare”, due to the house not being insured and authorities, including the fire brigade, police and council, insisting that only its owner – who had been taken to a mental health ward – could take responsibility for the works which needed to be carried out.

Months later the council placed a “Dangerous Structure” notice on the building, but residents say nothing has been done since and they have become increasingly concerned about the state of the property.

“The council were initially quite helpful, but four years on the council’s lack of action on this has been shocking. We wrote to them again last year and just got no reply,” said Ms Frazier.

The Town Hall boarded up the building amid police concerns that arsonists may come back. 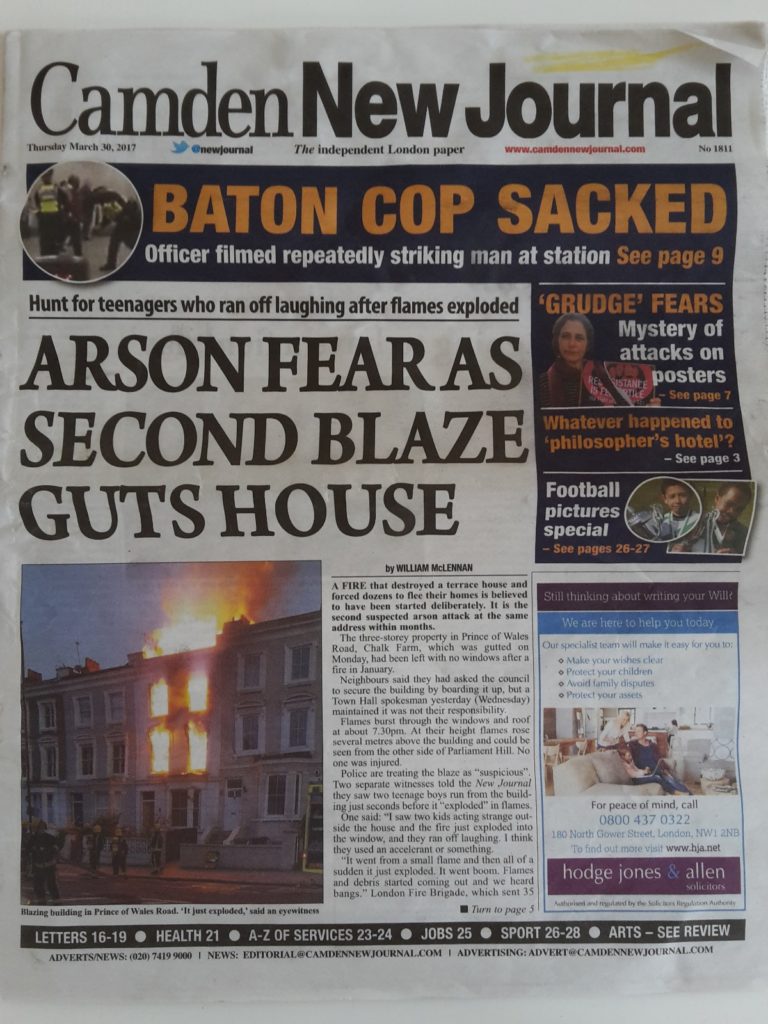 Under local authority rules, it is possible for council building control departments to carry out emergency works on privately owned structures if they are deemed to be an imminent risk, and costs can be recovered from the owner.

The house was put up for sale earlier this year and neighbours are now calling on the council to consider a compulsory purchase order (CPO).

Catherine Hetherington, who owns one of the attached houses, said: “Enough is enough now, it’s gone on for far too long. I live in the basement flat and because of the water used to extinguish the fires it was severely water damaged and I’ve since had damp problems.”

She added: “It’s a constant worry as you often hear things falling or collapsing through the wall. I’ve even considered effectively breaking into the house to make it safe.”

A Town Hall spokesperson said: “Camden Council secured 195 Prince of Wales Road in 2017 and since then have been monitoring it to check on its condition and that it is structurally sound.

“Our building control team last inspected the property in August 2020 and will visit again next week.”