Neighbours help blind cyclist get his stolen bike back

Another case of DIY detective work against wave of cycle thefts 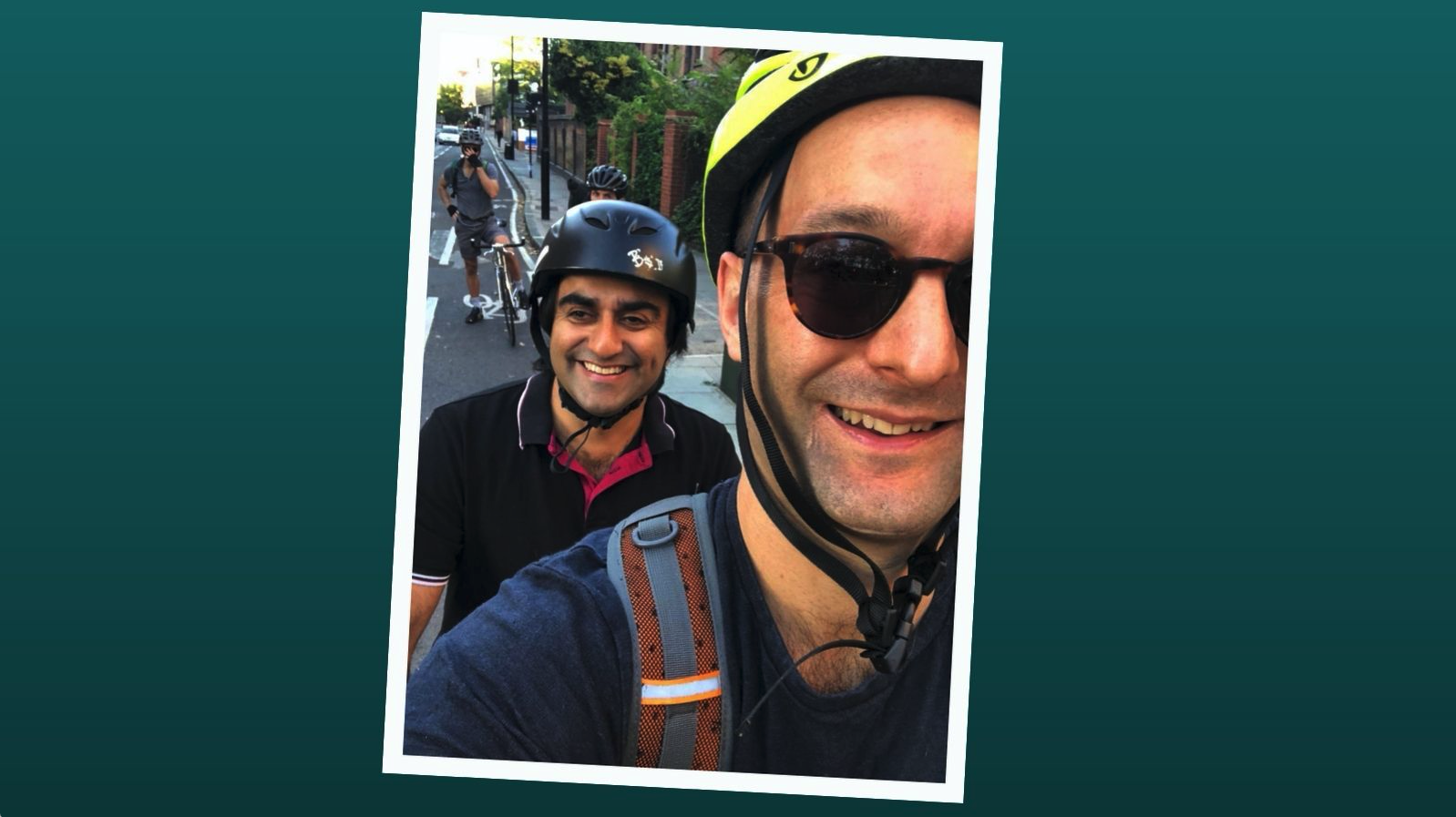 A BLIND cyclist says his neighbours helped him get his stolen bike back – after the police failed to investigate the theft properly.

Adi Latif had his tandem bike – which had been loaned to him by a charity – stolen from outside his home in Barker Drive, Camden Town.

He reported the loss to the police but it was only when he posted about it online that the bike’s location was revealed and he got help “stealing” it back. Mr Latif said: “I didn’t expect the police to do anything, but I have been so amazed by what the community has done to help.”

It is the latest case in which cyclists have turned DIY detectives to get their property back. In August, a New Journal investigation found bikes stolen in Camden Town were quickly being offered for sale on Facebook.

We confronted one rogue trader and retrieved a bike owned by one of our journalists. But many more are still being offered for quick sales.

Mr Latif, who needs someone to sit on the front of the tandem to steer, borrowed the bike from Charlotte’s Tandems, a charity which lends them to people with disabilities.

For the past year, Mr Latif has been going out once a week with a friend and enjoying laps of the outer circle of Regent’s Park.

But last Thursday evening, when he got home from a yoga class, he felt for his bike by the front door of his flat and realised it was gone.

“Because I’m blind I use special things to recognise it’s my house, and one thing I do is reach for my bike to check if it’s there, as this confirms to me that I am at my home.

“I couldn’t feel my bike, so I retraced my steps in case I had gone to the wrong house. But I found my way back and it still wasn’t there.”

He reached down to see if there was anything on the floor, and found his bike’s wheel still locked to the railing.

Mr Latif said: “At that point I realised it must have been stolen.”

Not sure what to do, he went to his neighbour’s house and she made him a hot drink while he called the police.

“The police gave me a reference number and said someone would call me the next day – but no one called,” said Mr Latif. “I didn’t expect them to do anything. Someone else [I know] had their bike stolen and they did nothing.”

After seeing his posts online, a woman approached him and said she had seen it.

Mr Latif said: “I took my neighbour with me, because I wasn’t sure if I could get it back by myself as it would have been missing a wheel, and we went with the lady. She led us to an alley, which had a tandem bicycle in it.

“It seemed like my bike, so we started wheeling it home.

“I then realised, we shouldn’t be able to wheel it, one of the wheels is sitting outside my flat, locked to the railing. I suddenly thought, hang on, am I just stealing someone else’s bike?”

He video-called his cycling friend who concluded that the thieves must have replaced the wheel.

Mr Latif said: “I stole my bike back and now I’ve got an extra wheel!”

On their way home, three different neighbours, who he had never met before, came out to congratulate him on finding his bike.

Now, Mr Latif, who works in the City helping organisations to design inclusive services which provide disabled people with equal access, wants to use the experience as a catalyst for good. He is aiming to raise money for the charity who lent him his bike.

He said: “I’m looking for a corporation to buy tandems and donate them to Charlotte’s Tandems – perhaps they have staff who would be up for cycling them with blind people in a London-to-Brighton ride.

“That would be a great opportunity to increase awareness among their staff about disability, together with some
well-needed new bikes for the charity.”

Alex Reeves, a spokesperson for Charlotte’s Tandems, said it was not the first of their bikes to be stolen.

Another was taken, also in London, and the user had to raise money to replace it as, unlike Mr Latif, they did not get it back.

In response to the New Journal’s investigation about how seriously bike thefts are taken, the police have said: “The Metropolitan Police Service takes every incident of bicycle theft seriously and recognises the distress this crime causes its victims.

“We are also aware that, for many, this can be a main form of transport and can therefore greatly disrupt their everyday lives.

“When a report is received, officers will carry out every reasonable line of enquiry to recover the property and bring any suspect to justice.

“Anyone who owns a bicycle is urged to get it security marked and registered at BikeRegister – this helps officers return stolen property to its rightful owner, and it also helps to bring prosecutions.”