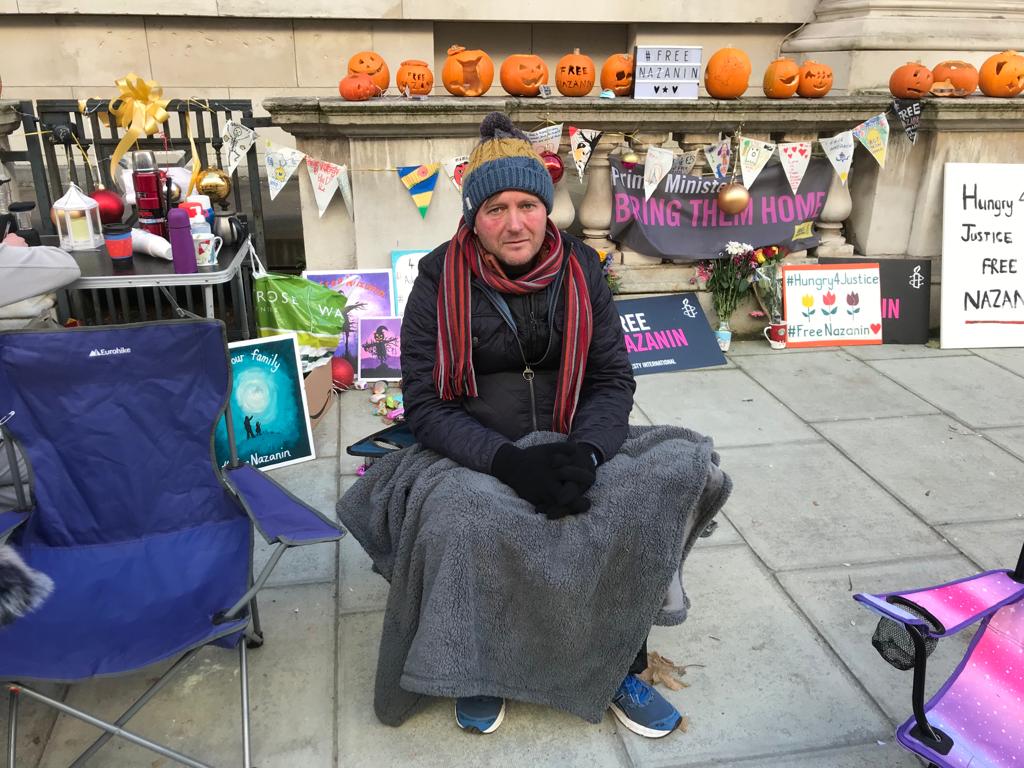 Richard Ratcliffe is refusing to give up his protest

RICHARD Ratcliffe – the man staging a hunger strike in protest at his wife’s ongoing detention in Iran – has described a meeting with the foreign secretary Liz Truss as “disappointing”.

He has been camped outside the Foreign Office in King Charles Street, enduring freezing temperatures and driving rain for 12 days.

He told the New Journal: “The weather has taken a turn – it was miserable over the weekend and now the temperature has really dropped.”

His wife, Nazanin Zaghari-Ratcliffe, a dual Iranian-British citizen from West Hampstead, has been keeping an eye on the weather from Iran. 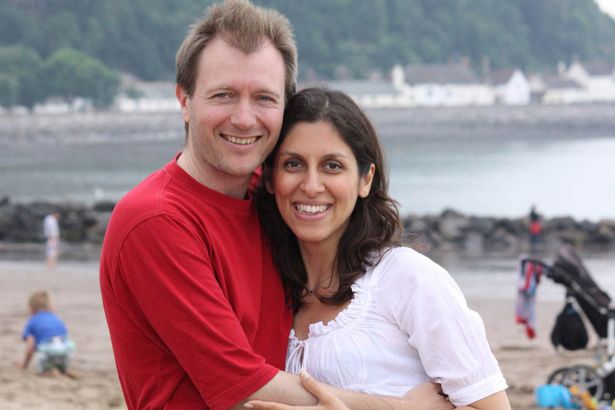 Mr Ratcliffe with Nazanin before her ordeal began

Mr Ratcliffe said: “It’s given her something to focus her worries on, knowing we’re out here on the street.”

Ms Zaghari-Ratcliffe was detained in Iran as she tried to return from a family holiday with her daughter five years ago. She was accused of plotting to overthrow the government and jailed. All campaigns have so far failed to secure her release.

Mr Ratcliffe began his hunger strike after the latest appeal against her sentence was lost. He said this week: “Physically, now I’m beginning to feel slower.”

After his tent started leaking over the weekend, a supporter sent a new one, addressed to “Richard Ratcliffe, outside the foreign office”.

His meeting with Ms Truss last Thursday was “disappointing”, he said, adding: “Normally they’re very good at pacifying you, but this time they didn’t even do that. The only progress we have is the former ambassador to Iran, Rob Macaire, who said, ‘We’re working flat out on your issues’. But there weren’t any details, [and] no formal progress.” 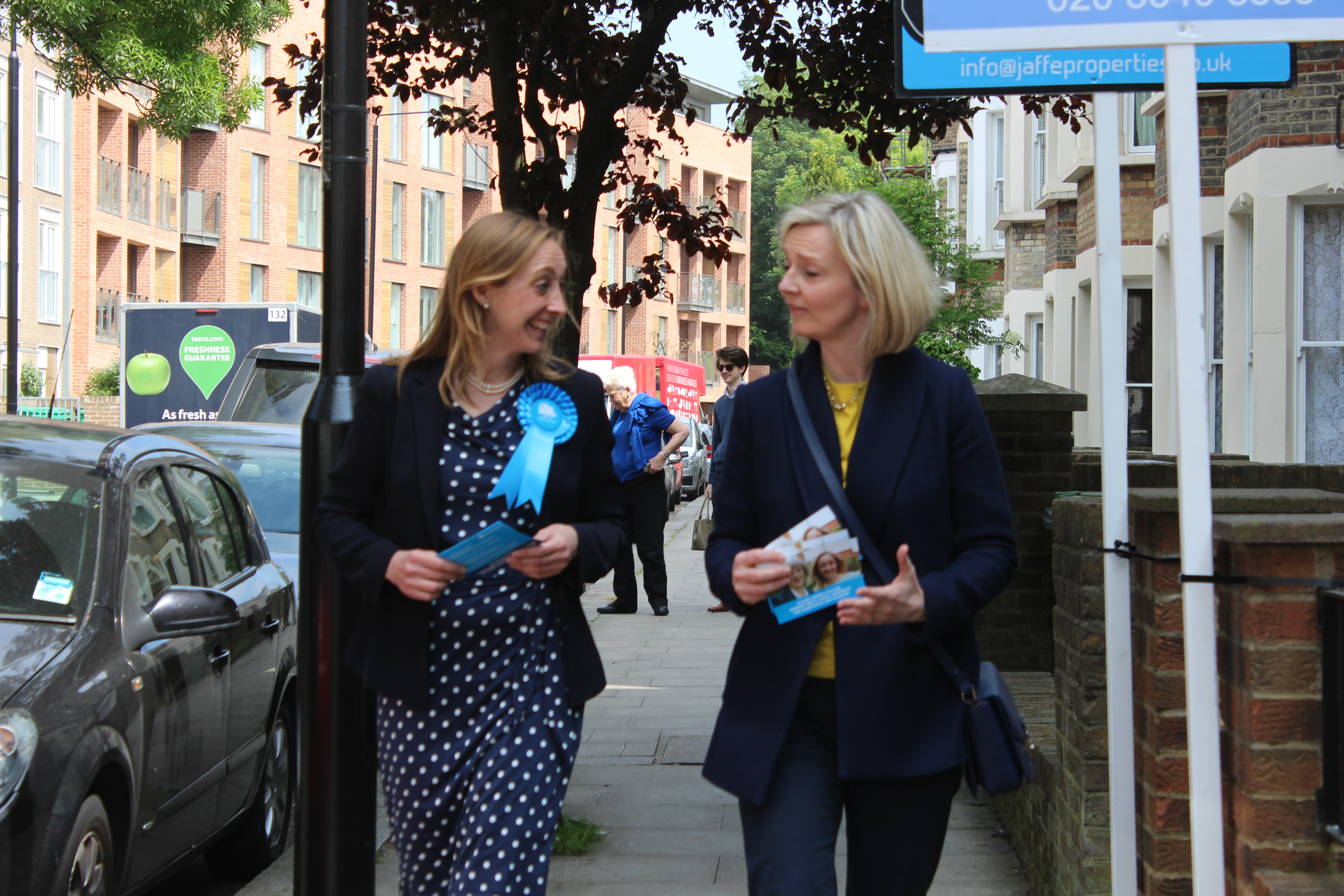 Mr Ratcliffe said: “I think we probably need to make it clearer that our beef is not with Liz Truss. The prime minister is responsible. The government is making choices. It’s his government, they’re his choices.”

Mr Ratcliffe said he has not been in contact with the prime minister since January 2020. This week, he has had visits from some famous faces, including Strictly host Claudia Winkleman and Only Connect star Victoria Coren Mitchell.

Despite his family urging him to consider going home, Mr Ratcliffe is determined for this hunger strike to be longer than his last, which he endured for 15 days.

He has planned a candlelit vigil for tomorrow (Friday) night.

He added: “I’d welcome any ideas readers have as to how we can get the government to be less inactive. I’m not sure blocking Whitehall would necessarily get us more noticed.”