Nathan’s at the double for NW5 Youth 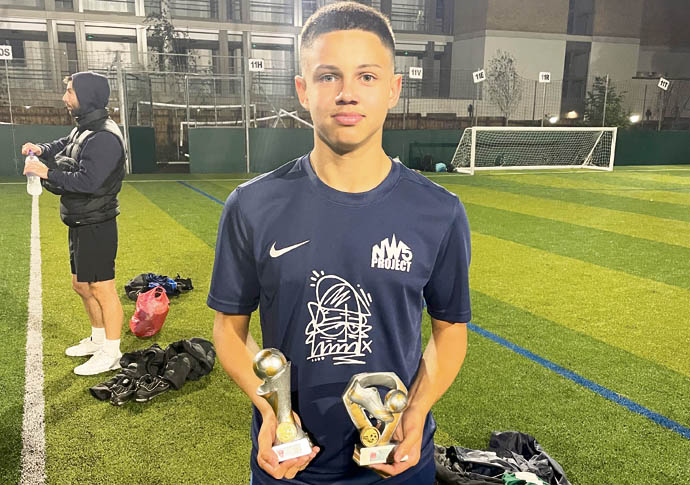 Nathan Jobbins Mandla, who plays for NW5 Youth, scooped two awards for his performances in the Powerplay League

THERE was double delight for hotshot Nathan Jobbins Mandla after he recently walked off with both player of the season and top goalscorer gongs.

The talented 16-year-old, who plays for NW5 Youth Team, has been one of the standout players in the five-a-side Powerplay Football League, which is held on Monday nights at Haverstock School.

In their first season in the league, newly formed NW5 Youth finished joint-second, and they will be aiming to go one better now the new campaign has kicked off.

Sharley Peet-Newitt, manager at the NW5 Project in Kentish Town, said “Keep an eye out for Nathan – I’m sure we will be seeing a lot more of his brilliant talent.”