More than 100 lifeguard rescues at Heath ponds in a year 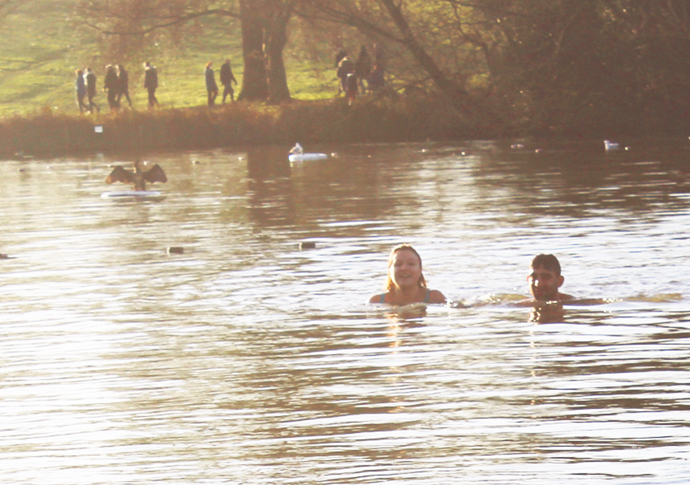 MORE than 100 swimmers have been rescued by lifeguards on Hampstead Heath over the past year, according to the open space’s swimming chief.

Paul Jeal, who manages the Heath’s three bathing ponds and the Parliament Hill Lido,  told the Hampstead Heath management committee last week that his team had seen a rise in the number of times they had to help people who were at risk of drowning.

He said: “Many of them were quite serious rescues, where swimmers have got into difficulty. Other incidents were ­giving emergency first aid.”

Last month, lifeguards saved a man who suffered a heart attack at the Men’s Pond, using a defibrillator to resuscitate him. The swimmer returned to the pond this week to thank those who helped him.

Mr Jeal, who started working at the Lido in 1986 and in 1992 was appointed to his current role, said the biggest changes he faced were linked to the rise in popularity of swimming.

He said: “We have seen a real increase in winter swimming and cold water swimming in general, particularly over the past five years.

“Sometimes in the past, lifeguards would out-number the swimmers, but now there are many hundreds who come throughout the year at the Lido and the ponds.”

And Mr Jeal spoke of how the recent boom in swimming came with ­other challenges.

He said: “The last three years have been particularly difficult. In 2018, a prolonged heatwave meant we were the busiest we have ever been. There were thousands of people flocking, day after day. We were often overwhelmed and it was fairly difficult to manage.”

He added that the summer of 2019 was also busy, and made worse by the death of a swimmer in the Men’s Pond.

He said: “The summer was complicated by the tragic fatality, which lead to Health and Safety Executive offering new advice. Then the Covid pandemic hit us and things changed dramatically. We had to close everything down.”

Mr Jeal told the committee that staff had used the pandemic to introduce planned changes.

He said: “It made us focus on a number of important issues. We were able to bring in a booking system, and sessions.

“We introduced stewards at the gates to help collect money and answer questions. We reconfigured the spaces – for example, we created a new entrance to the Men’s Pond which has improved access.”

He added he believed introducing the pre-book systems had helped.

He said: “The  mix of free flow and pre-book has enabled the life guards to carry out their duties in a more effective manner. I believe it has created a safer, cleaner and nicer environment.”

Committee chairwoman Anne Fairweather said: “The whole community can have confidence in your work. We spend quite a lot of our budget on it and it is really appreciated by the Heath community.”