Two contrasting sides to his work are explored in a readable and informative book, as John Evans reports 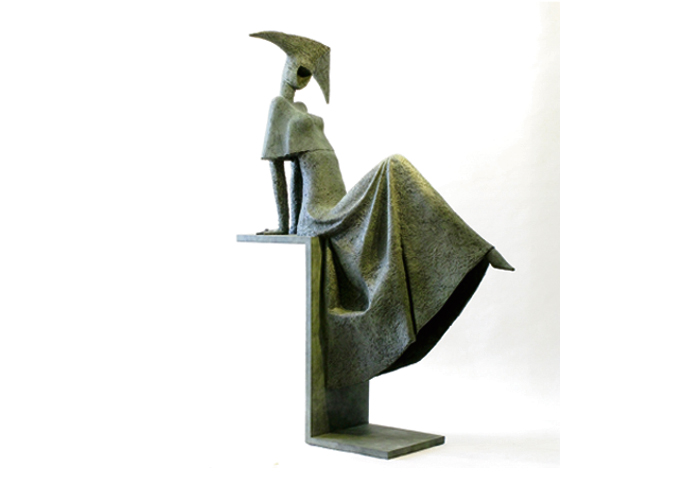 SCOTTISH-BORN sculptor Philip Jackson was appointed CVO, or Commander of the Royal Victorian Order, in 2009.

That’s bestowed personally by the sovereign for service and, perhaps, no wonder given that his public works include the Queen’s Golden Jubilee equestrian statue in Windsor Great Park, the memorial to HM Queen Elizabeth the Queen Mother in The Mall and a King George VI at Dartmouth naval college.

But there is so so much more, as revealed in a readable and informative book, Philip Jackson: A Life in Sculpture* by Tim Bouquet.

It gives real insight not only into how and why Philip Jackson has become the go-to artist for so many great public commissions but how his gallery work is so intriguingly different. 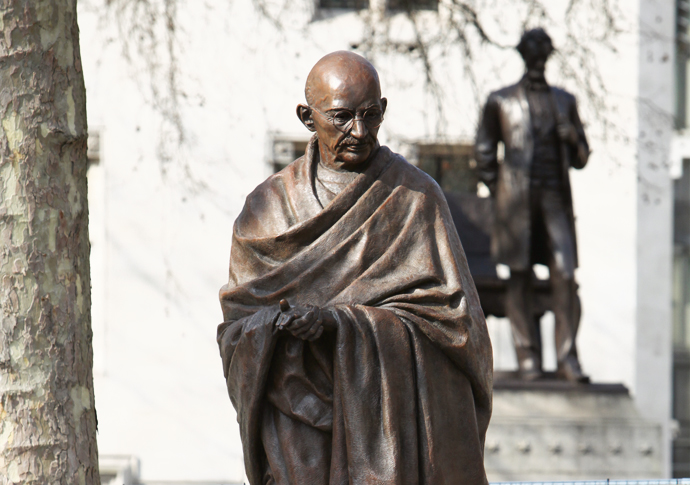 Bouquet quotes the sculptor’s view that the professional always wants to move on to the next project so they can do better, and adds: “He goes out of his way to avoid his public sculptures, which is quite a feat in London especially in and around Westminster, which seems populated by Jacksons.”

In addition to the royals, these include, among many others, the Bomber Command memorial in The Green Park, statues of late Tory leader of Westminster Council Sir Simon Milton, and of The Young Mozart, the memorial to Raoul Wallenberg, the Korean War memorial at Embankment, the Gurkha memorial, and, of course, Mahatma Gandhi in Parliament Square.

Now a new memorial to the UK’s emergency services is imminent, the location yet to be confirmed.

The book has some frank details about the complexities and difficulties surrounding much of the work, from practicalities of siting and funding (a trust raised £600,000 for the Gandhi) to Jackson’s artistic practice and sensitivities.

He says: “If I am asked to describe what I do with my sculpture I reply that I look back at a previous age and render it in an impressionistic but contemporary manner.” 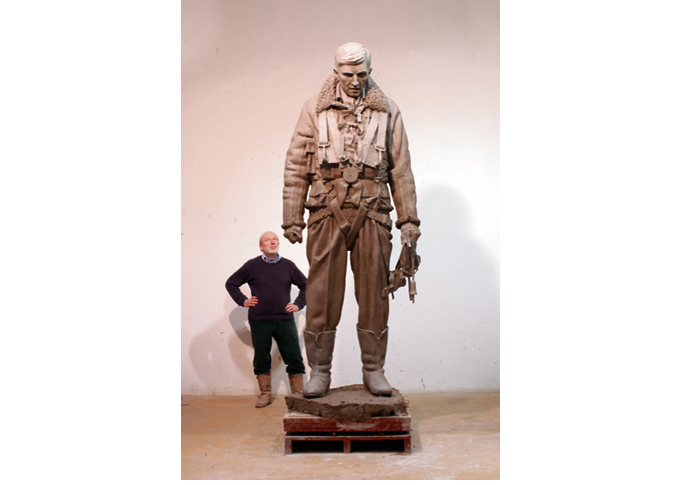 Philip Jackson with Wireless Operator, one of the air crew to feature in his 2012 Bomber Command Memorial in The Green Park

And still with the public commissions, he says, unusually for a sculptor, he gets a feel for his subject by capturing the head first, after which he feels he’s “working on a real person” and can get on much faster with the rest of the figure.

Then there are Jackson’s football commissions. Notably, having created a Sir Matt Busby statue for Manchester Utd in 1996, The World Cup Champions for West Ham Utd, Bobby Moore for the front of the new Wembley stadium, Peter Osgood for Chelsea, the “United Trinity” of George Best, Denis Law, and Bobby Charlton, and Sir Alex Ferguson were to follow; and there is a bust of Sir Alf Ramsey too.

After details of his early work, including that as a press photographer, the other major part of the book is an object lesson in an artist’s finding a niche of enduring importance.

Jackson visited Venice in 1972 and was struck by its “atmosphere of melancholia”. Much of his gallery work has been inspired by the mystery, masked figures, and a feeling for the city’s “historical resonance beauty and decay”.

*Philip Jackson: A Life in Sculpture from Studio Gallery Publications, £35 hardcover. On Amazon at: https://amzn.to/3phkqI9