Montemurro thanks Arsenal players after emphatic win over Toffees

Ahead of Christmas break, Gunners boss pays special tribute and speaks of 'anxiety and uncertainty' in a difficult year 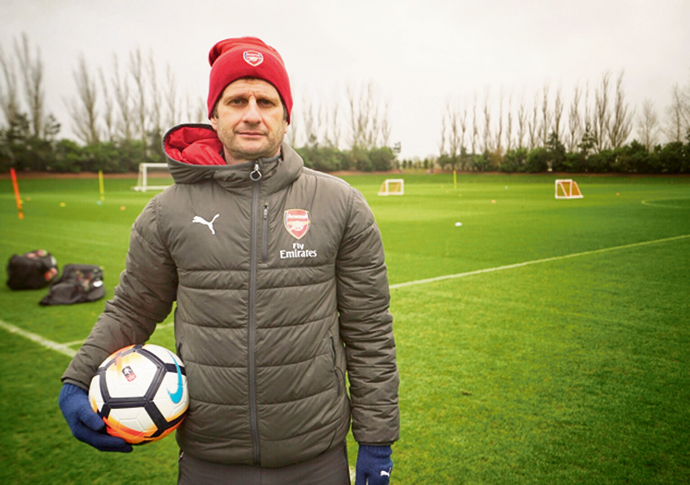 Joe Montemurro: ‘It’s been a difficult year for everybody, not just from a footballing sense, but from a life perspective, and we’ve all been part of it’

ARSENAL boss Joe Montemurro sent his players off on their Christmas break with words of thanks ringing in their ears, and not just because they signed off 2020 with a win.

The Australian, who recently celebrated three years at the helm of the most decorated club in women’s football, had just watched his team outclass Everton in a 4-0 win at Meadow Park.

Jordan Nobbs, Caitlin Foord, Jen Beattie and Beth Mead all weighed in with goals in a victory that took Arsenal up to second in the FA Women’s Super League table.

And when they gathered together for a post-match huddle, Montemurro acknowledged their efforts in this most difficult of years and spoke of the campaign to come.

“It’s been a difficult year for everybody, not just from a footballing sense, but from a life perspective, and we’ve all been part of it,” he said.

“We’ve all got different levels of anxieties and things we can and can’t do, so I really wanted to wish them all the best.

“I thanked them for putting up with me and [said] to look forward to what we think is going to be a really exciting second half of the season for the whole WSL.”

Montemurro had revealed earlier in his post-match press conference that the latest coronavirus restrictions had been an anxious talking point beforehand.

Given the international nature of Arsenal’s roster, it is hardly surprising. But he said the team had impressed by maintaining focus against November’s FA Cup runners-up Everton.

“There’s no exemptions for sports people, for our situation, so we just have to follow government guidelines, that’s all we can do,” he added. “We’re all in the same boat.

“We discussed it before the game because there was a lot of anxiety, a lot of uncertainty. All of us were looking forward to spending four or five days with our families and when you haven’t seen them for a while and you want to get back, it’s difficult.

“But we have to be professional in the way we go about things and we all buckled in and made sure we got the job done.”

The 51-year-old former midfielder now hopes players and staff can get the most from their impending break, whatever happens.

“They need to really just wind down and just get some downtime and get some real positivity back into their lives,” he said. “We all need it, staff, everyone around the club needs a little bit of a break.”

The WSL resumes on 9 January.

Morgan: gone but not forgotten 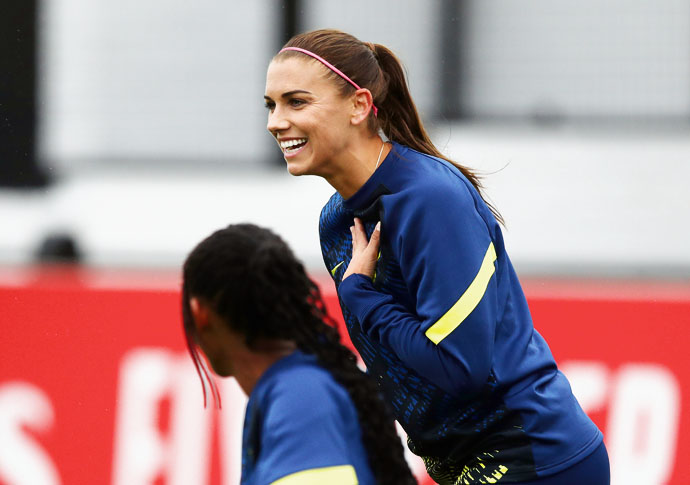 SPURS fans have seen the last of marquee loan signing Alex Morgan (above, right) in club colours after it was announced that the striker is set to return to the United States in the new year.

The 31-year-old star joined on loan from National Women’s Soccer League side Orlando Pride to much fanfare in September, with Tottenham heralding her arrival from a billboard in Leicester Square.

The two-time World Cup winner, who was still working her way back to full fitness after the birth of her daughter, departs having made five appearances, only the last of them for a full 90 minutes.

The most talked about WSL signing of 2020 leaves these shores having scored twice from the spot and was gushing in her praise of Spurs, her teammates and the fans as she bade them farewell on the club website.

“Thank you to everyone who helped make this chapter in my soccer journey so special,” Morgan added, before signing off with that most famous of rallying calls: “COYS.”