Retired accountant Nick Harding has calculated that the council is owed as much as £3million over a deal involving a block of flats built in Kentish Town, and now councillors have finally acknowledged there is a debt… 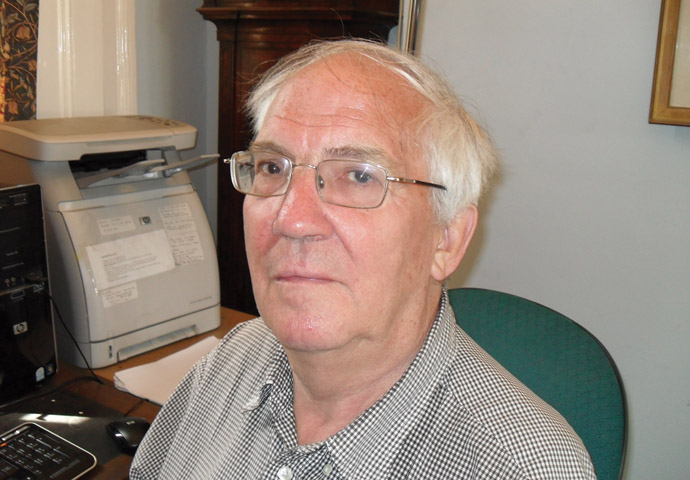 Nick Harding: ‘Let’s hope there are people in the Town Hall that are passionate about getting what we are owed, paid’

JOHN Gulliver (Video call sees debt apology collected, October 8) was able to provide background and some detail of the Zoom meeting we held with the two executive councillors.

First the goodish news. The meeting was held. Previously reliance had to be placed on Freedom of Information requests and no opportunity for dialogue seemed to exist. And, as John Gulliver said, it was conducted in a “civil and mature manner”.

But, importantly, no final decision has been made about pursuing what is accepted as being a debt; even if the amount is not known. We were convinced it should be pursued using the disputes clause in the sale agreement. Which is precisely what it is there for.

What is bad was that we had sprung on us a new “party line”. Time and again the councillors repeated that the reason for not pursuing the debt was “Weak documentation”. It almost became another cliché like “we are where we are” and “lessons have been learned”.

It seemed to contradict the FOI response received on June 16 this year which included “Any suggestion that this documentation was not drafted to professional standards is not accepted”.

If that was the line then, it has clearly been abandoned since. Those who drafted or agreed to the documentation – the sale agreement have now been thrown to the dogs. If I am wrong, I hope someone will explain the contradiction.

There seems to have been legal advice supporting the “documentation is weak so fatal” line but we were unable to find out what was the question the outside lawyers were asked, their response and whether the conclusion it was fatal to the prospect of success came from Camden or outside lawyers. The familiar claim of legal privilege was produced.

We pressed hard on this as you can’t judge the response to a legal question if you don’t know exactly what was asked. We were told they will try to help on this, but I am not holding my breath.

The previous party line had been that because the company responsible for overage is in the British Virgin Islands and wouldn’t respond, Camden couldn’t proceed to use the disputes clause in the agreement.

I thought they might have dropped that line following my passing on legal advice clearly saying that responsibility for overage rests with the owner who, wherever s/he comes from, can be sued in England.

The disputes clause says that, in the event of a dispute, an “expert” from the Royal Institution of Chartered Surveyors can be appointed. In spite of the councillors constantly talking of it as “arbitration” it specifically says it isn’t.

If one side won’t co-operate, the expert should be able to proceed anyway. Camden won’t go down that route on the grounds that it would be throwing good money after bad.

I, and I hazard the public, would be interested to know what is the fatal weakness to the prospect of success from appointing an “expert”. S/he would certainly have to address problems as one would expect in a dispute.

As well as any refusal by the British Virgin Islands owner to respond, there is the failure to define the cost of construction, but that is not uncommon in overage clauses. Also, a slight change in scope after the sale agreement was signed.

My estimation of over £3million due probably involved the sort of estimates the expert would need to make. Disputes are seldom easy!

To add to the two clichés I mentioned, I hope we can add “justice must be done and be seen to be done”.

The fear many have is that Camden would welcome this going away regardless of the overall chances of success. If a current officer believes his predecessor would welcome no action being taken, how will he react to this dilemma?

Let’s hope there are people in the Town Hall that are passionate about getting what we are owed, paid.

• FOR more than 12 years Nick Harding has been questioning Camden Council over a block of flats built at the edge of Talacre Park in Kentish Town. He discovered it had sold the land for just £320,000 but the block itself was later sold for several millions. The retired accountant calculated that the owner or developer owed the council as much as £3million having failed to honour original agreements. Now councillors have finally acknowledged there is a debt…