Pet is blind in one eye 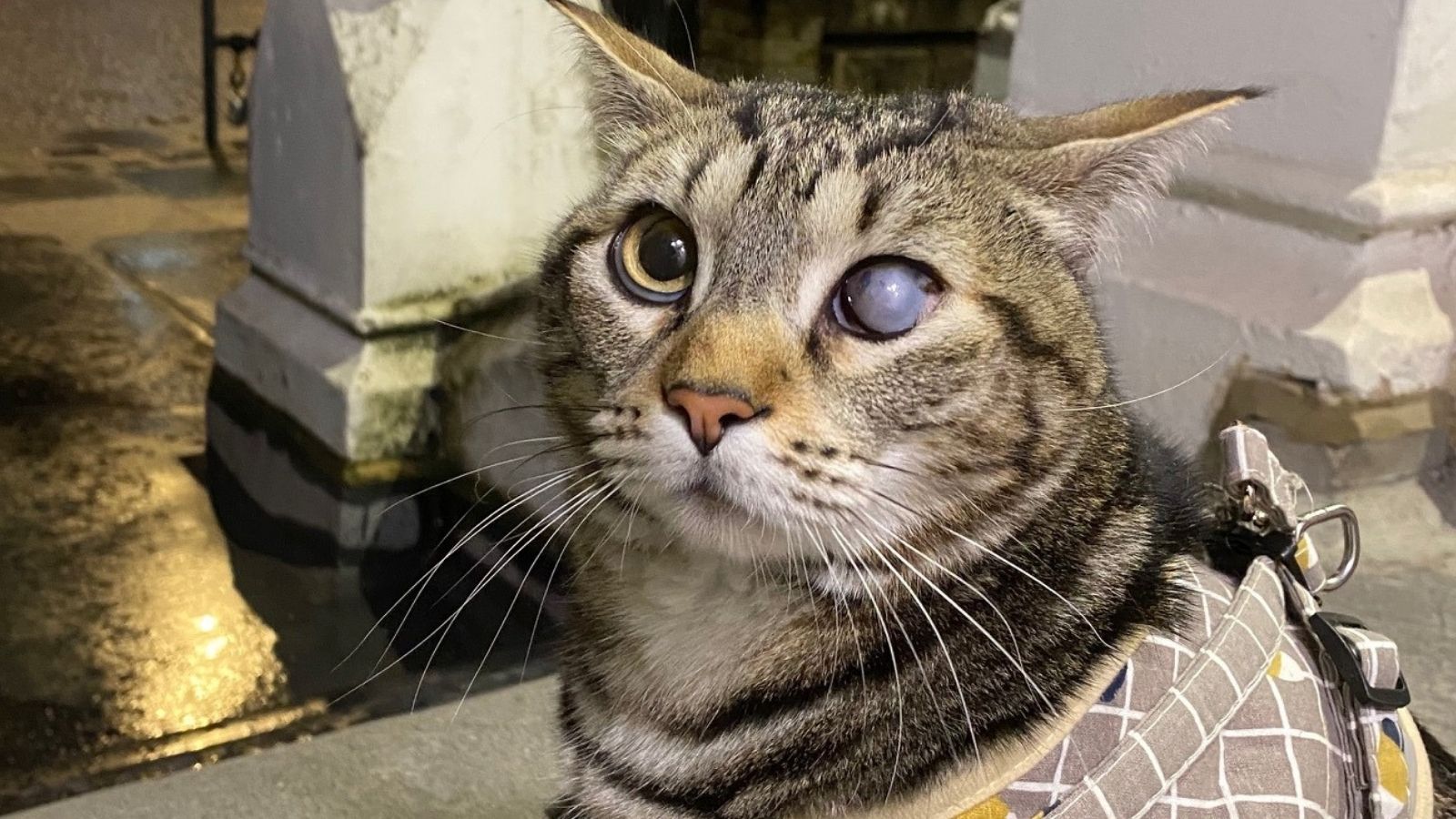 ONE-EYED Alfie Bolo grew up in the sewers of Madrid until he was adopted and brought to London by his doting owner.

But the cat, whose surname is Spanish for bowling ball, has gone missing from Primrose Hill after falling from a second floor window on August 20.

The two-year-old was last seen running across Prince Albert Road, near the junction with Ormonde Terrace, towards Regent’s Park.

Ana Del Canto, 25, said: “We managed to check CCTV and it shows how he fell from a window. He was ok but then someone tried to pick him up and it kind of spooked him a bit. He ran off into Albert Road.

“I’m worried sick – there’s the zoo, canal, main road and other residential areas. I’ve called the council, the shelters, Regent’s Park, the canal people. I go up the canal but it is so huge. My main worry is that he is not ok. It’s all I think about but a lot of people don’t understand the importance of a cat.”

Alfie Bolo was chipped in Spain but this may not show up on a vet search here. He has been registered on the main lost cat websites and there are posters up all around the area for Bolo, who is described as a “bit clumsy and playful”.

Ms Del Canto, who is training to be a solicitor, said: “He was really ill when we adopted him. He was the only survivor of his family, which had been living in the underground sewers in Madrid. He had a bad infection down there, which is why his eye is like that.”