FORUM: 'Party conference felt like we were coming home, that we were safe, supported and appreciated' 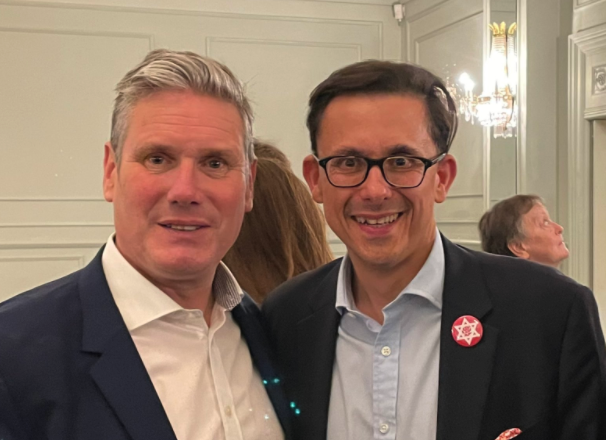 LABOUR Party conference this year was a huge and refreshing difference for me and many Jewish members.

Different, of course, from last year because we were back in person and able to actually catch up with many friends and comrades we hadn’t seen in more than 18 months.

But also different because for the previous few years supporters and members of the Jewish Labour Movement (JLM) had felt increasingly isolated and marginalised by the party’s previous leadership and his supporters.

And nowhere was it clearer that we were unwanted than at Labour’s annual conference.

JLM is one of the oldest socialist societies affiliated to the Labour Party. The year of lockdown marked our centenary of formally supporting the party.

Yet, as we became increasingly concerned about the anti-Semitism experienced by Jewish Labour members and our allies, Jeremy Corbyn and his team refused to listen and take the action needed to root out the racists.

Every conference since 2016 I’ve gone up to the rostrum to warn the party that it needed to tackle anti-Jewish racism.

JLM put it on notice that trust between it and the Jewish community had broken down because Labour refused to take the issue seriously and refused to expel racists because they were political allies.

So by 2018 we had no choice but to refer the party to the Equality and Human Rights Commission to independently investigate the issue.

And the EHRC’s conclusions were stark. Labour had broken equalities law under Jeremy Corbyn. It was not a safe place for Jewish members or for those in the party that spoke out against anti-Semitism.

This was total vindication for JLM and Jewish members.

The EHRC said we were right when they called out racism and – as Sir Keir Starmer made clear when he responded on the day of publication – that those who chose to deny it and downplay it are as guilty as the original perpetrators. Indeed, from the get-go, Sir Keir has made rooting out anti-Semitism one of his top priorities.

He’s shown the strong moral leadership that was so sorely lacking from Corbyn.

The difference for JLM between Starmer and the previous regime has been night and day. We’re not ignored or blamed for weaponising racism.

Instead, we’ve worked with the new general secretary, David Evans, and his team to implement the commission’s recommendations, including designing and deliver new training for MPs, the national executive committee and thousands of members.

This effort culminated in Brighton with party conference delegates approving rule changes which will introduce an independent complaints system, as mandated by the EHRC. This wasn’t just a moral and political imperative, but a legal one too.

Had Labour not adopted these rule changes the EHRC would have issued an enforcement notice and take the party to court.

Which makes it all the more staggering that some far-left groups, like Momentum, told delegates to vote against the proposals. Frankly it’s incredible that any Labour grouping would want to prioritise undermining Sir Keir above making sure the party isn’t taken to court.

The rule change isn’t a magic wand. There’s still so much more work to do to detoxify party culture.

While three-quarters of delegates approved the changes, one quarter didn’t, demonstrating that there’s are still some in the party who don’t accept the EHRC’s report and recommendations.

They’re wrong and their values aren’t true Labour values. Tolerating hate against any minority for political expediency never was and never will be.

It’s clear they’re not serious about beating the Tories if they don’t see that rebuilding trust with the Jewish community is central to restoring Labour’s reputation and making us electable again.

Which is why party conference felt like we were coming home, that we were safe, supported and appreciated for having taken a brave and often lonely stance against anti-Jewish racism in the party.

The past five years have been a waking nightmare for JLM, our members and Jewish Labour activists across the party.

Thanks to Sir Keir this bad dream is coming to an end.

Rebuilding trust with the Jewish community is a long, hard, journey and one we’ve only just begun.

Mike Katz is National Chair of the Jewish Labour Movement and lives in West Hampstead.