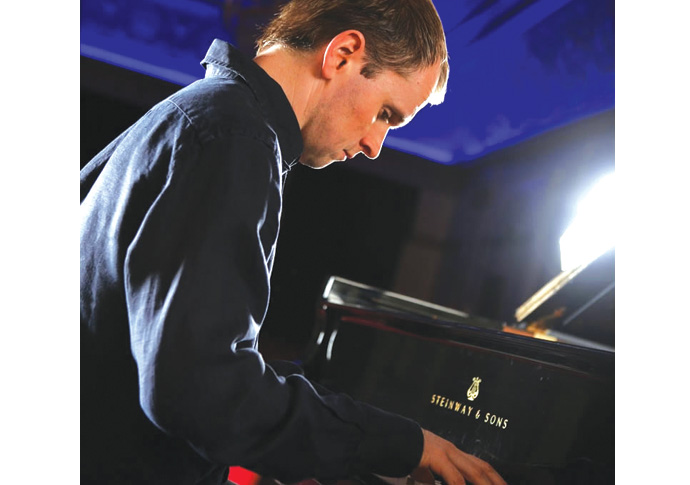 IT won’t exactly be a party (anyone remember parties?). But when Steven Osborne steps onstage at Wigmore Hall this Friday and surveys the locked-down, empty auditorium, it will be the closest Boris Johnson allows him to a 50th birthday celebration. And he’s making the most of it.

As one of Britain’s finest pianists, Osborne generally commands packed houses; and this concert for his 50th should have been nothing less. With streamers and balloons. He tells me he’s been planning it for years; so playing to an empty house is going to be, he says, “a little odd”.

But at least the event will stream on the Wigmore’s website. And he won’t be alone on the platform, because he’s invited friends like fellow-pianist Paul Lewis, soprano Ailish Tynan, and clarinettist Jean Johnson (who happens to be his wife) to share the programme – in an appropriately distanced manner of course.

“Getting people together was difficult for obvious reasons, and that’s affected the repertoire I planned. But we’re able to do the Ravel Piano Trio, which is a piece that’s important to me. We’ll also do Schubert’s Shepherd on the Rock. And I’m just grateful to be doing it at the Wigmore where I’ve always felt I most belong. The first time I ever played a real concert-standard piano was onstage here. I was 10, and was almost stopped in my tracks by the sound of the opening note in the Hall’s incredible acoustic.”

Twelve months of Covid has been track-stopping in difference ways. He’s lost concerts around the world, including New York’s Lincoln Centre. But he’s been preparing two more discs in an unfolding set of the complete Debussy piano works. And an album of French music for piano duo, made with Paul Lewis, issued recently to huge acclaim. So he’s not been idle.

Share his birthday concert at www.wigmore-hall.org.uk, 7.30pm, March 12 and available on demand for a month. Free access but donations invited. Bring your own balloon.

• Simon Rattle made news recently with his decision to quit the LSO and focus his career in Germany – joining an exodus of musicians frustrated by the problems of working from post-Brexit Britain. But he hasn’t gone yet. And it’s business as usual (more or less) in the online concert the LSO has just released to YouTube, where Rattle conducts a seriously good all-Stravinsky programme. While you’re there, check out the other things the LSO has YouTube’d, including previous concerts, musical activities for children, and A-level study aids. It’s all free-access: www.youtube.com/user/lso

• Another orchestra that’s streaming fine, free online concerts is the Bergen Philharmonic – which, on March 15, joins the Bergen National Opera for a new staging of Mozart’s Clemenza di Tito: an opera that asks pertinent questions about the proper exercise of power in times of crisis. Bergen is itself a major power-base in Norwegian music; and the conductor here is our own Edward Gardner who ran ENO in its better days and has been a force for good as Bergen’s MD through the past five years. Watch at www.bergenphilive.no from 6pm Monday, then on demand for a month.