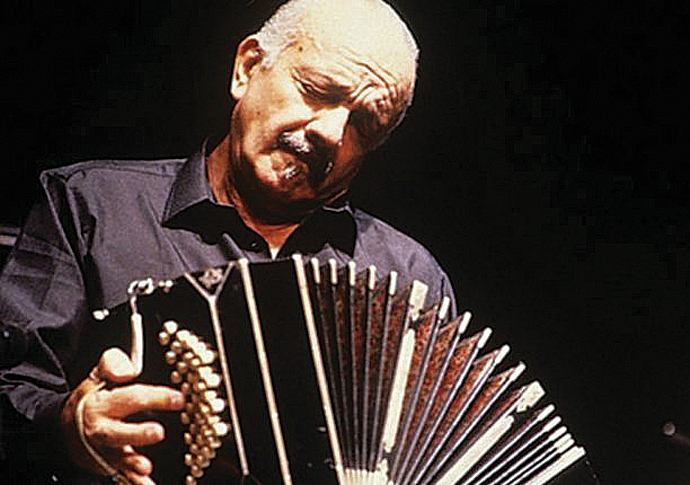 THERE are two things everybody has to do in Buenos Aires, and I’m glad to say I’ve done them both. One is to pay respects at Eva Peron’s tomb, the other is to dance a tango. And there should be plenty of the latter in the coming days – lockdowns allowing – because March 11 is the centenary of the greatest tango composer of all time, Astor Piazzolla.

Born in 1921, he revolutionised the standard tango dance-form, fusing it with jazz and the complexities of baroque counterpoint (at which he was masterful, having been classically trained by luminaries like Nadia Boulanger). The result was tango nuevo: a captivating phenomenon that transcends musical worlds (I don’t know a musician from any background who doesn’t love to play it) and can get the most dance-resistant feet tapping madly.

The core secret of tango is of course its rhythm: a regular four-square beat subverted into an irregular three. In most music with eight notes to a bar, the regular grouping would be 1-2, 1-2, 1-2, 1-2. But in tango it becomes 1-2-3, 1-2-3, 1-2. And something about the swing and kick involved there has a chemical effect on human brains that says seduction, provocation, sex. It never fails.

The only problem is that tango nuevo needs the sound of a South American bandoneon – or at its close relation the accordion – to work; and I guess that’s why promoters here in Britain, paralysed by lockdown, haven’t got their act together for the anniversary. But in the weeks ahead I’m sure there will be concerts. And meanwhile, there’s a commemorative feature on Radio 3’s Music Matters, 12.15pm, March 13, as well as several new releases on CD – including Piazzolla Stories just out from Warner Classics. Performed by the sultry trumpeter Lucienne Renaudin Vary with the Montreal Philharmonic, it includes an extract from Piazzolla’s dazzling tango-opera Maria de Buenos Aires. And if you’ve never experienced a tango-opera, now is the time. Life-changing content guaranteed.

• Another centenary, just passed, has been that of the English composer Ruth Gipps, whose music has never had much profile. But it gets considerable attention next Monday, March 8, which happens to be International Women’s Day: an event celebrated by Radio 3 with some determination. Among a full programme of events are special broadcast concerts at 1pm (pianist Isata Kanneh-Mason) and 7.30pm (the BBC Concert Orchestra), devoted to women composers and including Gipps’s 2nd Symphony.

But the same day, online, brings a live-streamed recital from St John’s Smith Square in which violinist Madeleine Mitchell and others play works by Gipps, Grace Williams, Rebecca Clarke (a major talent if you’ve never come across her), and Master of the Queen’s Music Judith Weir – together with a special Women’s Day commission from Errollyn Wallen called Sojourner Truth: the striking name of a freed slave in early 19th century America who became an abolitionist.

It starts 8pm, freely accessible at www.sjss.org.uk/. Available thereafter on demand for one month.