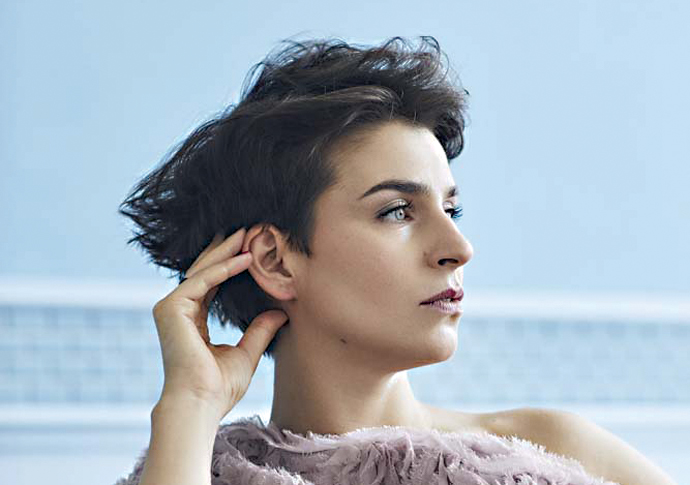 YOU could fairly say that Helen of Troy had an equivocal start in life, as the daughter of a swan (Zeus in disguise) who had seduced her mother. And it got worse when she grew up to become what Christopher Marlow called “the face that launched a thousand ships,” kickstarting the Trojan War. But on the plus side, she also launched a fair number of operas about her misfortunes. And an obscure one comes to light this Friday 24 at St John’s Smith Square when Bampton Classical Opera give the first ever London staging of Gluck’s rarely seen Paris and Helen.
Written in 1770, it’s one of the composer’s so-called “reform” works that, like his better-known Orpheus and Eurydice, were a sort of manifesto for how opera could be more effective. And it will be interesting to discover why Orpheus got so famous while Paris didn’t. Unjust neglect? Find out at 7pm. sjss.org.uk

• This is a good week for exploring mythic opera, because Saturday 25 brings to the Festival Hall a concert performance of Michael Tippett’s Midsummer Marriage. It’s a rambling score based on an inscrutable fantasy of Tippett’s own devising, overloaded with Jungian metaphor and sometimes a bit silly. But it contains some of the most ecstatically beautiful music ever written for the opera stage: transcendent, magical and life-affirming. Just surrender to it. And with a strong cast, plus Edward Gardner making his debut as principal conductor of the LPO, this promises to be a show that merits surrender. 6.30pm start. southbankcentre.co.uk

• It’s also a good week for gut-wrenching opera, and few things wrench harder than Janáček’s Jenůfa which opens Tuesday 28 in a new production at the Royal Opera House. A story about small-town claustrophobia, oppressive families and infanticide all bearing down on the young woman at its tragic heart, Jenůfa can be a traumatising piece that leaves you feeling battered by the end. But in a good way, with a score so utterly magnificent that it somehow sustains you. The staging here is by Claus Guth, a master. The cast looks fabulous, with Lithuanian soprano of the moment Asmik Grigorian in the title role; Karita Mattila (once a noted Jenufa herself) ageing gracefully into the formidable stepmother who does a terrible thing; and British tenor Nicky Spence (currently at the top of his game) as the decent man who does another terrible thing, driven by rejected love. An absolute must-see. Runs to mid-October. roh.org.uk

• It’s good to see Conway Hall’s time-honoured Sunday concert series back in business on Sunday 26, with not one but two events given by the Berkeley Ensemble: a group named after the composer Lennox Berkeley and playing his music here alongside other British works. Different programmes 4pm and 6.30pm at the hall’s agreeably unswanky Holborn premises. conwayhall.org.uk

• Finally, an oddity. You don’t often encounter a soprano, saxophone and organ playing together; but you do on Tuesday 28 when Temple Music Society gets going again after its Covid shutdown. Grace Davidson is the voice. And the repertoire is all-baroque (Handel, Purcell, Rameau), assembled in the manner of some imagined state occasion. 7pm, Temple Church. templemusic.org