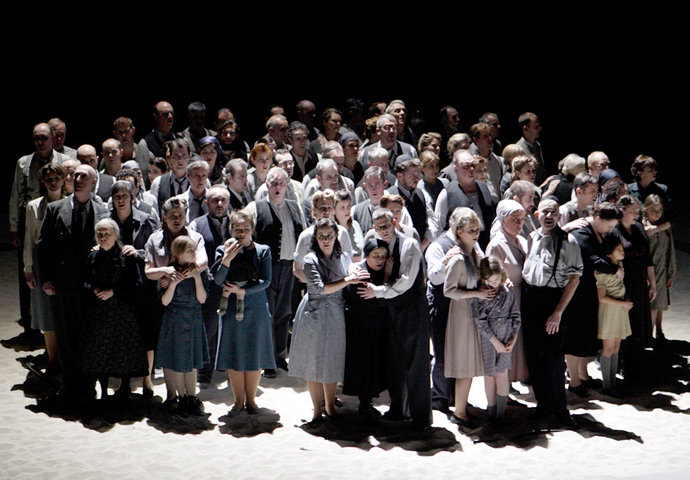 It’s one of those defining operatic moments, when the chorus of the Hebrew slaves shuffle onstage in Verdi’s Nabucco – by tradition with their hands raised in a gesture of despair – and sing about the nightmare of their Babylonian captivity. When the opera premiered in the mid-19th century, audiences understood it not just as a riff on ancient history but as a reference to modern geopolitics. And it still has that resonance – as it will doubtless have again when the Royal Opera revive their stark, contemporary Daniele Abbado production next week.

Exile and displacement of entire communities remain a fact of life, and Verdi gives it music from the heart. It’s true the opera subsequently gets distracted by less universal themes of hubris, jealousy and spite, but it still packs a punch.

And last time round, this staging had the adding draw of Placido Domingo in the title role. Sadly I don’t think we’ll be seeing him again at Covent Garden – they were great days but they’re over. So the key role of Nabucco (aka Nebuchadnezzar) now passes to Mongolian baritone Amartuvshin Enkhbat, with Liumyla Monastyrska as the scheming princess Abigaille.

But if you want a seriously big star (with a name that trips more easily off the tongue) wait until after Christmas when the formidable Anna Netrebko steps in as Abigaille. Runs December 20 to January 23. roh.org.uk 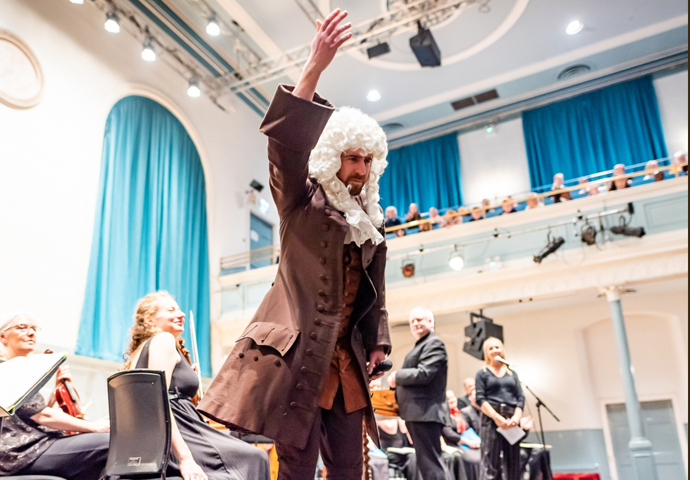 Edging toward Christmas, the Messiahs continue to pile up – with one from Britten Sinfonia at the Barbican, December 17 (barbican.org.uk), and another from the Dunedin Consort at Wigmore Hall, December 18 – prefaced in that case by a filleted “Children’s Messiah” in the afternoon, with the promise of Mr Handel himself in attendance to lead fun and games. An unmissable experience I’d have thought – though all the tickets will no doubt be nabbed by musicologists (wigmore-hall.org.uk).

You can also hear Messiah extracts from the peerless Choir of Kings College, Cambridge, who come to the Barbican on December 21 before their relentless onslaught of carol services, culminating with the World’s Most Famous on Christmas Eve.

And the full-on Messiah I always recommend is the one the superlative professional group Polyphony always do as part of the St John’s Smith Square Christmas Festival – this year on December 23.

Other good things in that Festival include the Choir of Clare College, Cambridge, on December 17, singing Britten, Tavener and Rutter (whose career as the great luminary of modern Christmas music began when he was director of music at Clare), and the magisterial Tallis Scholars (still going strong after four decades on the circuit) bringing a distinctive touch of vocal class on December 21.

This is a time when Smith Square comes into its own as a venue and we all realise (a) how wonderful the place is, and (b) how much we’d miss it if it wasn’t there – a loss that could easily have happened during the past 18 months as St John’s struggled to survive the pandemic. So go support it. And enjoy a truly festive evening in the process. sjss.org.uk