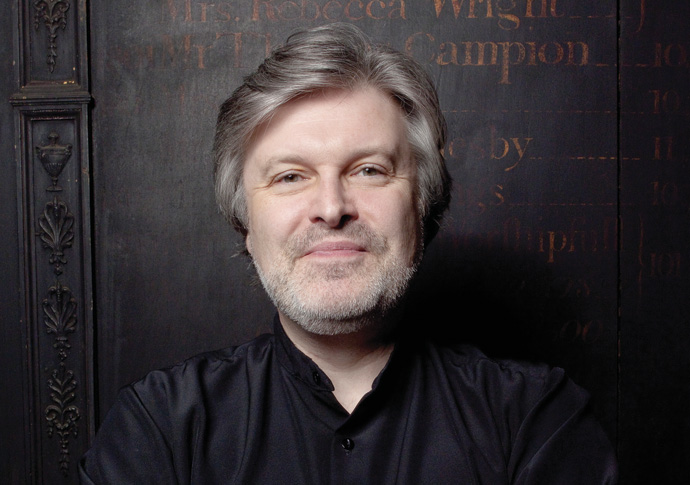 TO be reluctantly honest, there aren’t so many living composers these days with the power and profile to turn heads when they produce a serious new concert work. But one is James MacMillan. And heads will definitely turn this weekend when his Christmas Oratorio gets its delayed UK premiere at the Festival Hall – courtesy of the London Philharmonic Orchestra and Chorus under Mark Elder.

That MacMillan’s music proclaims his Catholic faith is something that could, these days, distance him from audiences. But experience proves otherwise: his work speaks to allcomers. And not in the otherwordly way of so-called “holy minimalists” like John Tavener or Arvo Part who waft you into the relaxed meditative states much loved by listeners to Classic FM, but through engagement with the here and now: the actuality of human beings who know conflict, pain and suffering. Which makes his music not just spiritual but political.

For this new Oratorio he uses poetry by Milton, Donne and Robert Southwell, as well as the traditional biblical accounts of the birth of Christ. It has the makings of a landmark score. And with soloists like Roderick Williams it also has the makings of a hot ticket, so don’t hang around if you don’t already have one. Saturday Dec 4, 7.30pm. southbankcentre.co.uk

• For obvious reasons, this year’s Highgate International Chamber Music Festival wasn’t easy to organise; and running Dec 3-5, it’s more compact than usual. But there are still two concerts per day, taking in composers from Mozart to Eleanor Alberga. And though it’s been cautious in restricting itself to artists who are almost all based in the UK, so no risk of them being trapped overseas, it still has major names like oboist Nicholas Daniel, horn player Alec Frank-Gemmell and cellist Robert Cohen.

• It’s a familiar story in the music business: two creative figures grow up in each other’s shadow, one gets famous while the other is forgotten and consumed by jealousy. A variant of what happens in the stage play Amadeus between Mozart and Salieri (which is actually more fiction than fact), it’s also the plot of a dramatised concert at Heath Street Baptist Church NW3, based around the lives of two composers from the French baroque: the celebrated Jean-Philippe Rameau, who we all remember, and the tragic Jean-Joseph Mouret, who we don’t (and whose jealousy was so consuming it drove him into a mental asylum). This may not sound like fun, but I’m assured it will be. And with a sizeable team of musicians, dancers and actors, it plays Wed 8. Details: linktr.ee/Rameau_Rising_Stars

• George Harliono is a young pianist I know only from YouTube clips, but they’re astonishing – dynamic, brilliant, and a record of his development from a small child playing public keyboards on a railway station to the disarmingly assured artist he seems to be now. They probably explain why he’s been given a lunchtime recital at Wigmore Hall on Dec 7 where he plays Bach, Prokofiev, Liszt; and I intend to be there myself, so take that as a recommendation. Wigmore-hall.org.uk