Michael, the lawyer who fought the good fight 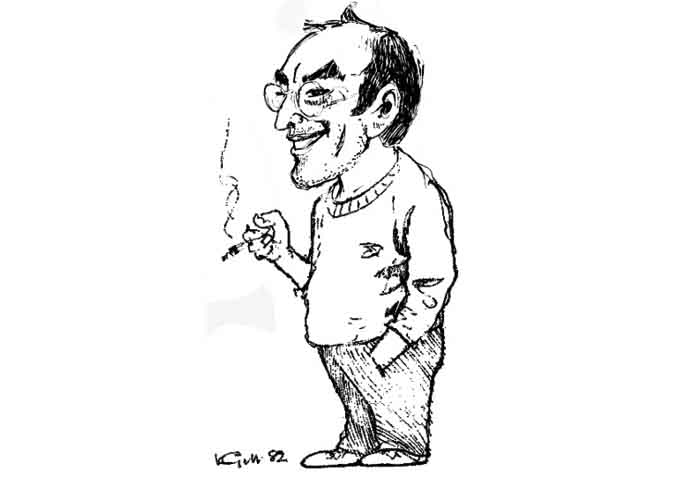 Michael Seifert in a 1978 sketch by Ken Gill

AS I battled my way through the snow and ice on Thursday evening I found myself muttering that surely few would make my destination: a memorial gathering at Conway Hall for that very fine lawyer – Michael Seifert.

But I was wrong. The large hall was buzzing with more than 150 people determined to celebrate the life of a man who had used his position as a lawyer to fight all the good fights. Michael Seifert, who died at 74 last July, was a formidable human rights lawyer years before the term became fashionable. As a child he met such famous artists as Paul Robeson and Charlie Chaplin at his parents’ Highgate home.

His route to law lay through Oxford where he joined the Communist Party. Later he became secretary of the Haldane Society of Socialist Lawyers and a lawyer trade unions looked to for advice.

During the miners’ one-year strike of 1984 their leaders Arthur Scargill and Peter Heathfield would turn to one man – Michael Seifert.

Barristers, solicitors, some obviously retired, women who seemed to have been active in the political professions, the hall was full of noise fit for a celebration. Ex-Camden councillor David Offenbach, a lawyer, compered the evening introducing John Hendy QC, writer Gillian Slovo and Michael’s sister, Sue, a former head of an Islington primary school.

There were messages too from the retired Lord Justice of Appeal Stephen Sedley, barrister Michael Mansfield and feminist writer Sheila Rowbotham.

During the speeches and songs, David Offenbach suddenly chanced the fates by dramatically announcing: “Jeremy Corbyn and his wife have just arrived – please stand to acknowledge the next prime minister of England, Jeremy Corbyn!”, and so the packed hall stood to loud applause.

As I left, I noticed the opening of an exhibition of paintings by a very fine artist, Daniel Fooks, showing pencil drawings and oil paintings, all under the heading “The Dying Breath of my Father!” (See above.)

As I took in one haunting drawing after another I felt – as I have been on occasions – standing by the bedside of a dying man, his breath ebbing away.

This is not for the faint-hearted but such views of the dying days of a man I have never seen before.

I walked out into the freezing cold. It had been quite a night.